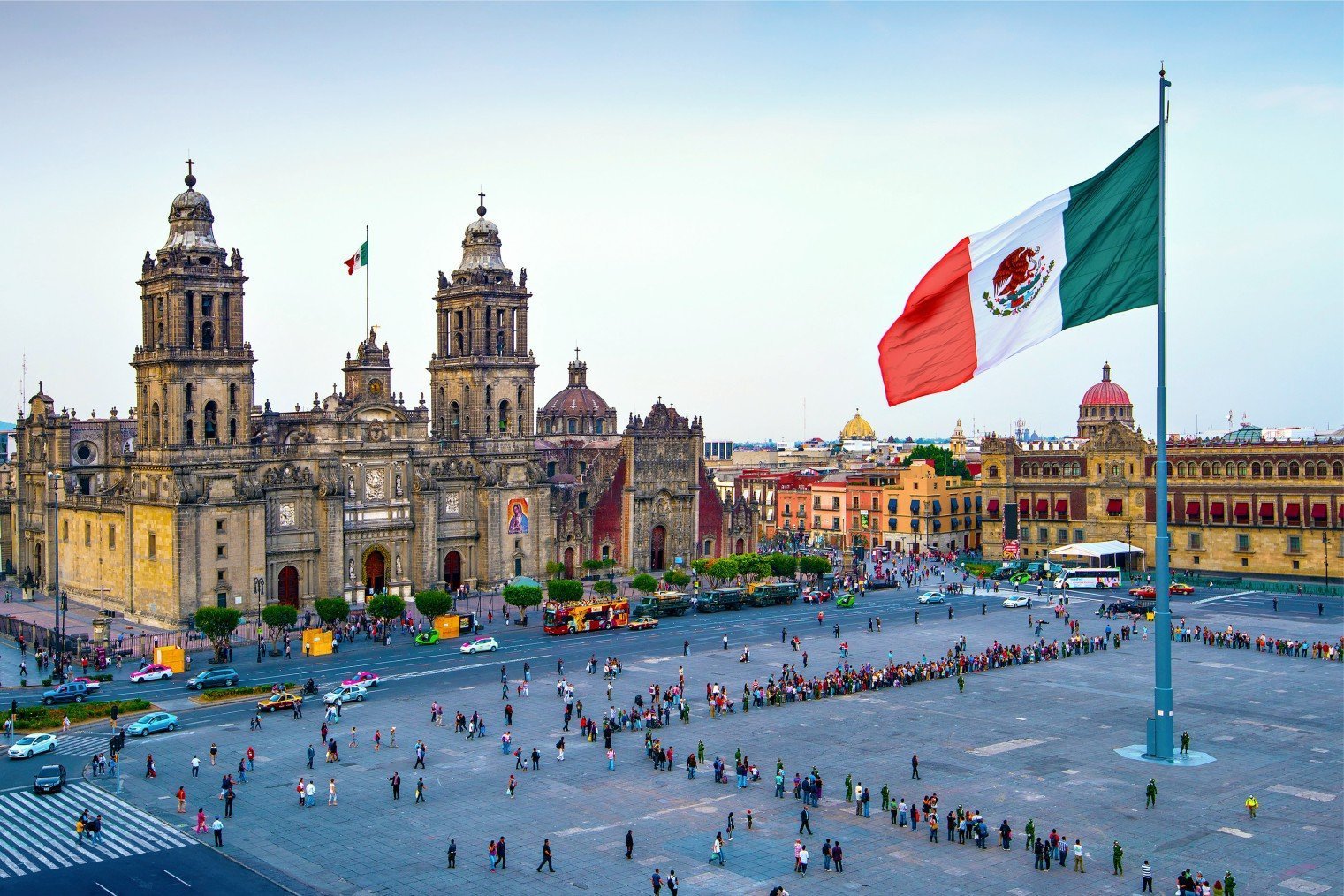 Plaza del Zócalo (map) is the common name of the main square in central Mexico City. Prior to the colonial period, it was the main ceremonial center in the Aztec city of Tenochtitlan.

It has been a gathering place for Mexicans since Aztec times, having been the site of Mexican ceremonies, the swearing-in of viceroys, royal proclamations, military parades, Independence ceremonies, and modern religious events such as the festivals of Holy Week and Corpus Christi.

The site is just one block southwest of the Templo Mayor, which, according to Aztec legend and mythology, was considered the center of the universe.

The modern Zócalo in Mexico City is 57,600 m2 (240 m × 240 m). It is bordered by the *Mexico City Metropolitan Cathedral (map) to the north, the National Palace (map) to the east, the Federal District buildings to the south and the Old Portal de Mercaderes to the west, the Nacional Monte de Piedad building at the north-west corner, with the *Templo Mayor site (map) to the northeast, just outside view.

In the centre is a flagpole with an enormous Mexican flag ceremoniously raised and lowered each day and carried into the National Palace. There is an entrance to the Metro station “Zócalo/Tenochtitlan” located at the north-east corner of the square but no sign above ground indicates its presence.

Prior to the conquest, the area that the Zócalo occupies was open space, in the center of the Aztec capital Tenochtitlan. It was bordered to the east by Moctezuma II’s “New Houses” or Palace (which would become the National Palace) and to the west by the “Old Houses”, the palace of Axayacatl (1469–1481) where the Emperor Ahuitzotl, Moctezuma’s uncle and immediate predecessor also lived.

CityMapper – Mexico City | The ultimate transport app and technology for mobility in cities.

Buscaturuta (“Busca Tu Ruta,” or “Find Your Route”), which serves all of Mexico, uses a Google Maps interface and allows you to search with incomplete addresses.