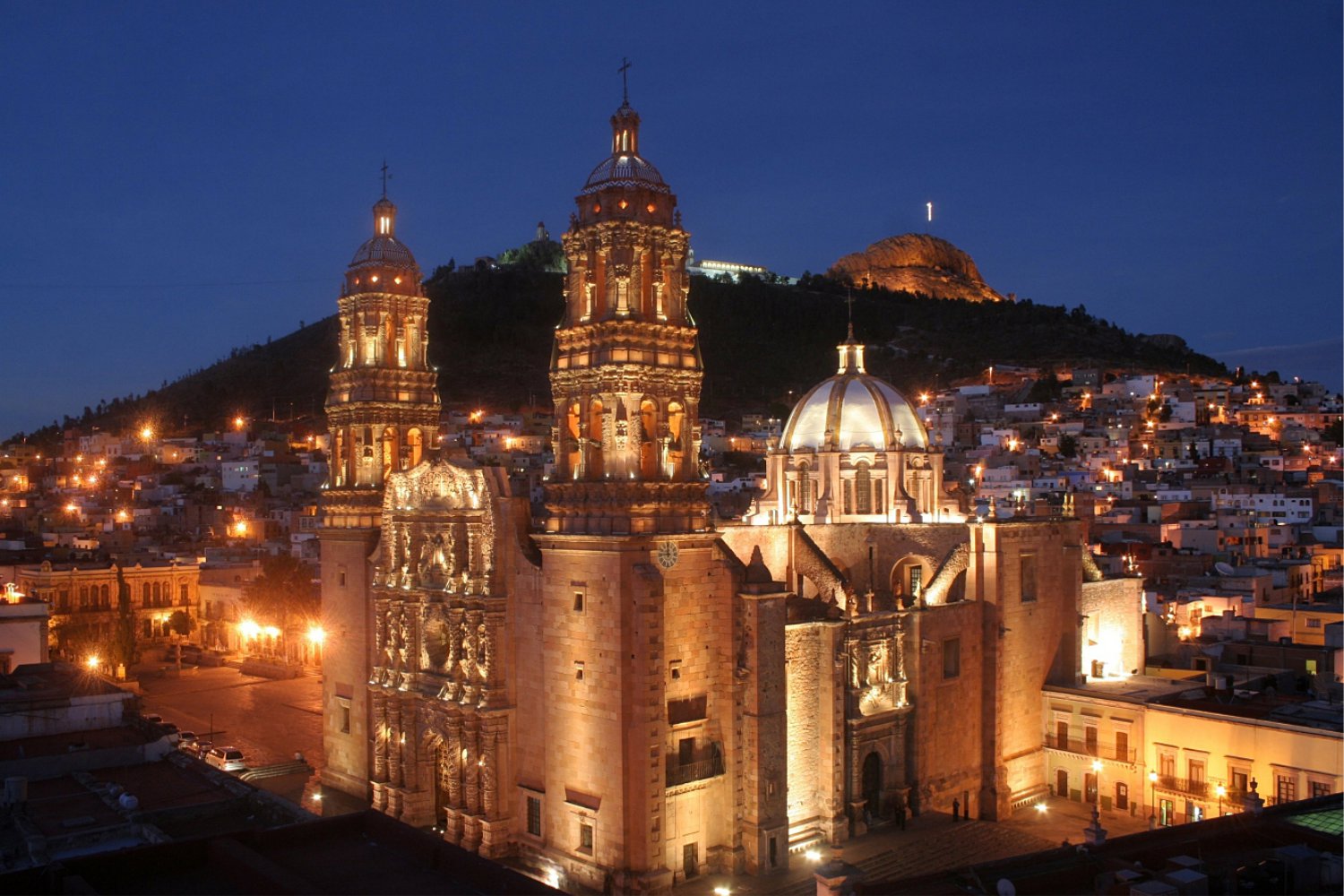 Zacatecas (map), the capital of the state of the same name, in the *Bajío in Mexico. Its historical centre has been inscribed on the UNESCO World Heritage list.

The city had its start as a Spanish mining camp in the mid-16th century. Due to the wealth that the mines provided, Zacatecas quickly became one of the most important mining cities in New Spain.

Like other mining cities in Mexico, such as Guanajuato and *Taxco, the city was built near the mines on very rough terrain.  Instead of having an orderly plan of streets, the Spanish settlement followed the old Indian neighborhoods with narrow streets and alleys squeezed into a large ravine or “cañada”.

Walking is probably the best way to get around the Centro Historico (Historic Downtown, map) which is relatively small. It will allow you to see the city at your own pace.

The whole town is a museum; there are three seventeenth or eighteenth century ex-monasteries near the center, several other churches from the colonial era scattered here and there, and at least half a dozen other museums, nearly all worth visiting. Houses and streets, all of which built in colonial times are worth seeing on their own.

In the city proper just south of the main plaza, is the cathedral (*Zacatecas Cathedral, map), which is located over the ruins of pre-Hispanic temples. The current structure dates from 1752 and has a facade of sculpted pink stone. The best time to appreciate the facade is in the late afternoon when the sun shines directly on it.

The main square is called the Plaza de Armas (map), with the most important buildings such as the State Government Palace, the State Congress, the cathedral and others surrounding it.

On the other side of the cathedral is the González Ortega Market (map), which was constructed in 1889 and still conserves its original facade. Originally, it was a traditional Mexican style market but has since been modernized into a mall with stores selling crafts, silver, leather, Zacatecas wine, antiques, charreada gear, Huichol needlework and regional sweets.

Teleférico (cable car, map). Passing high above the city center, it travels 650 m from the lower part of Cerro del Grillo to the northern end of Cerro de La Bufa.