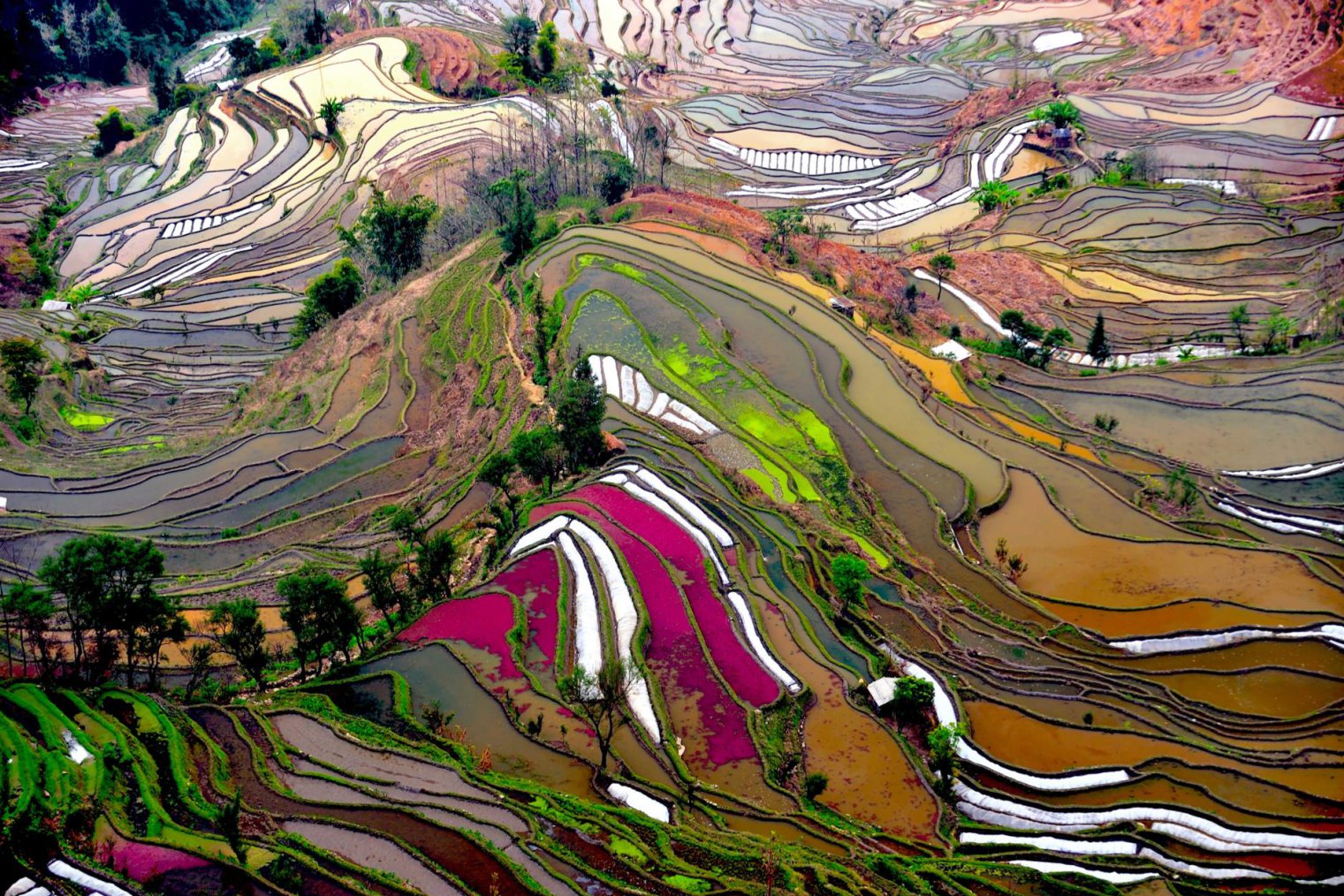 The Yuanyang Rice Terraces are the Hani ethnic minority’s masterpiece of ingenuity. In unique shapes and sizes with thousands of years of history, they form a mosaic of colorful fields.

If you are a photographer, you should not miss the Yuanyang Rice Terraces. However, the best shooting time for the terraces is from January to March. Yuanyang presents the most beautiful views when after the terraces have been irrigated and the water in the fields reflects the sunshine, creating many colors. > Photography Tips at Yuanyang Hani Terraces

The province is one of the most diverse in China. The Northwest of the province is heavily influenced by Tibet, with whom it shares a border, and has a large ethnic Tibetan population.

The terraced fields stretch across Honghe, Yuanyang, Luchun, and Jinping counties south of Honghe — ‘the Red River’. Yuanyang County is the core area of the ​​Honghe Hani terraces with the grandest scale. In 2013, part of the county formed the *Honghe Hani Rice Terraces World Heritage Site, the 45th World Heritage Site in China.

Of China’s fifty-five officially recognized ethnic minorities, twenty-five can be found in Yunnan: about one-third of the population is not ethnic Han-Chinese. The region is renowned for its *Eighteen Oddities, distinctive traits promoted in tourist materials.

The vast majority of the ethnic minority women in Yuanyang county still wear traditional clothes as their daily attire. The main ethnic group is the Hani who share the region with several other minorities such as the Yi and Miao. Market days in the villages tend to be very colourful when the different minority groups in the vicinity, each in their own traditional costume, come together to trade and socialise.

The closest large towns to the west of Yuanyang county are Shiping (map) and Yuanjiang (map). Gejiu is the major town to the north-east and also the capital of Honghe prefecture. 70 km (43 mi) directly to the north of Yuanyang lies Jianshui (map), a small city with interesting monuments.

There is a railway from Hanoi to Nanning, Guangxi, and one with some sensational scenery from Nanning to Kunming. Another rail route reaches Kunming from central China via Guiyang, Guizhou, and a third one comes South to Kunming from Chengdu, Sichuan. All of these train routes offer spectacular scenery, with long stretches of bridges and tunnels.