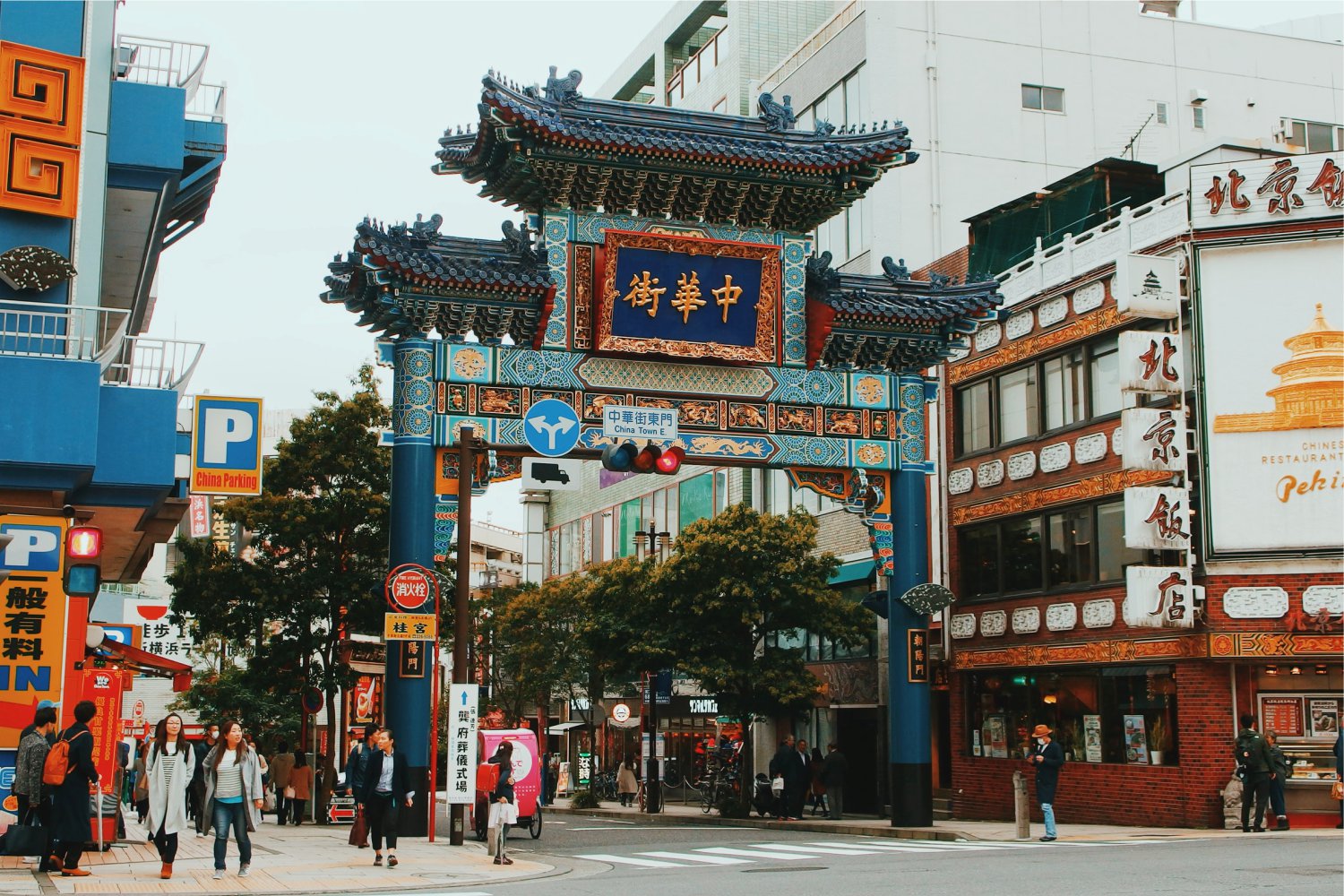 On the western coast of Tokyo Bay directly south of Tokyo, Yokohama (横浜, map) is the second largest city in Japan and one of the cities most used to seeing foreigners.

Yokohama was one of the cities to open for trade with the West following the 1859 end of the policy of seclusion and has since been known as a cosmopolitan port city, after Kobe opened in 1853.

Yokohama is half an hour away from Tokyo, and effectively forms a part of the giant conurbation.

To protect British commercial and diplomatic interests in Yokohama a military garrison was established in 1862. With the growth in trade increasing numbers of Chinese also came to settle in the city.

Yokohama was the scene of many notable firsts for Japan including the growing acceptance of western fashion, photography by pioneers such as Felice Beato, Japan’s first English language newspaper, the Japan Herald published in 1861 and in 1865 the first ice cream confectionery and beer to be produced in Japan.

Shōmyō Temple (称名寺, map). It is a temple built by Hojo Sanetoki in 1258. It has developed into Kamakura Period. It is specified for the historic site in Japan. There is a beautiful garden. A lot of cherry blossoms bloom in spring. Moreover, precincts are illuminated at fireworks of summer and the New Year and it is very beautiful.

Yokohama Cosmo World (map) is a small amusement park which boasts the Cosmo Clock 21, a 112.5-m Ferris wheel which doubles as “the world’s largest clock” (the 60 arms double as second hands). The park also has two roller coasters, a log flume ride and several other attractions.

Ōsanbashi Pier (大さん橋, map). Ōsanbashi Pier is the main international pier at the Port of Yokohama where cruise ships dock. Architecturally renovated with an abstract modern style in 2002, it provides a view of the Minato Mirai skyline. The rooftop garden is open to public.

Yamate (山手, map). This is the neighbo’rhood where foreigners settled and still settle. You can make a pleasant walk from the Italian garden (map) near Ishikawachō station. The walk will take you along some nice houses that were previously owned by rich foreigners.

Sankei-en Park (三渓園, map). 35 min by bus from Yokohama Stn. SE of Naka Ward, this is a traditional style of park. Opened in 1906, this large park (17,5000 ft²) has many Japanese traditional buildings, 13 of which have been designated as national heritages.

Kikuna Sakurayama Park (map). If you go to there in spring, you can see beautiful deep pink double-flowered cherry trees called “yae-zakura” in Japanese. Yae-zakura is powerful rather than fine. The park is a popular place for cherry blossom flower viewing.

The Minato Mirai 21 subway line from Yokohama station down the harborfront to Chinatown is the best method of accessing the main tourist haunts.

RAIL >    1  Tokyu Toyoko Line (東急東横線) from Shibuya to Yokohama Station. A trip from Shibuya to Yokohama takes as little as 26 minutes on the fastest service.  2  JR Ueno-Tokyo Line (上野東京ライン) and Tokaido Main Line (東海道線) from Ueno, Tokyo and Shinagawa stations (all on the Yamanote Line). Departs every 10 minutes. About 25 minutes.  3  JR Shonan-Shinjuku Line (湘南新宿ライン) from Ikebukuro, Shinjuku, Shibuya, Ebisu and Ōsaki. Roughly four trains per hour, reaching Yokohama from Shinjuku in as little as 30 minutes.

AIRPORTS >   Yokohama does not have its own airport. You can reach Yokohama from Tokyo‘s two main airports. Most international flights arrive at either Narita Airport near Tokyo or Kansai Airport near Osaka; a smaller number use Chubu International Airport near Nagoya.