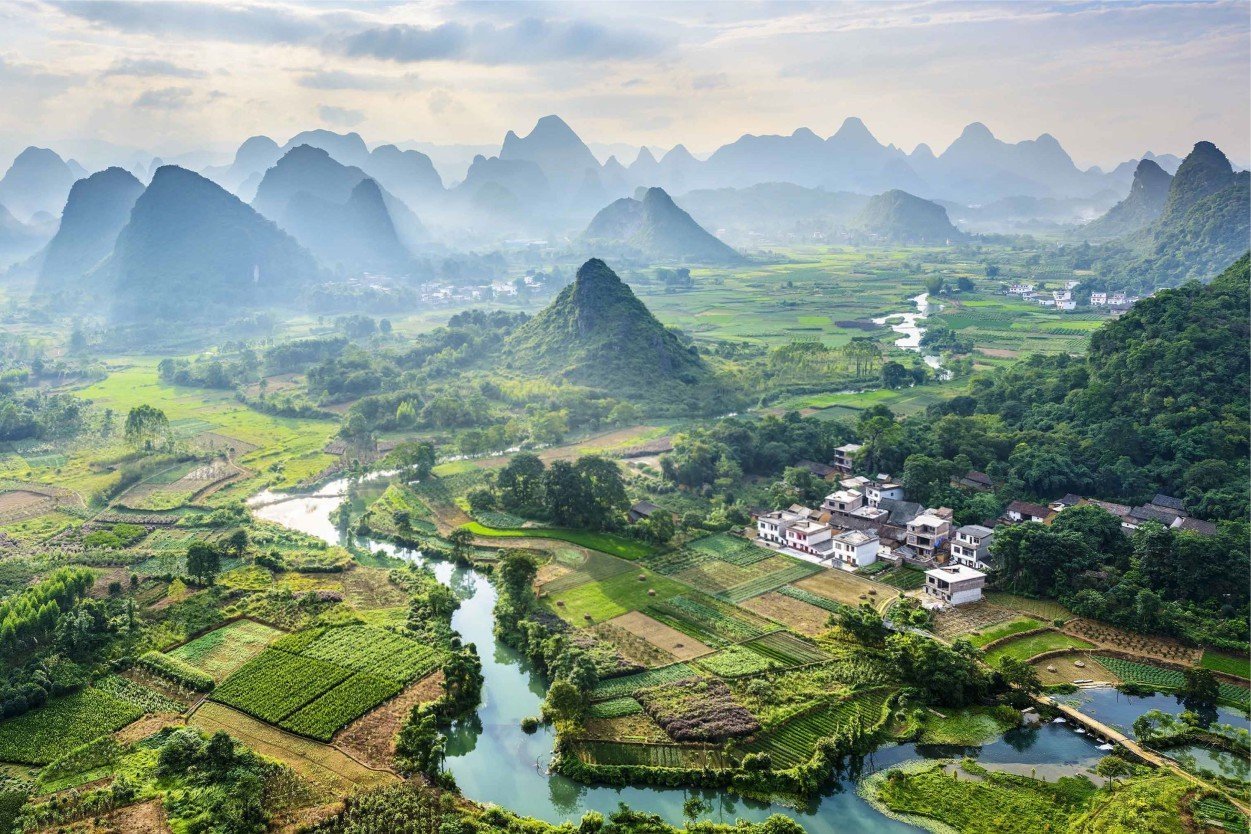 Surrounded by karst peaks and bordered on one side by the Li River it is easily accessible by bus or by boat from nearby Guilin. In the 1980s, the county became popular with foreign people engaging in backpacker tourism, and organized tours began by the late 1990s.

The history of West Street dates back to over 1400 years ago. Since the street is popular with locals and foreigners alike, signs are written in both Chinese and English.

Yangshuo is not a typical Chinese town and does not have the big-city feel of other Chinese cities. That means it is relatively air and noise pollution free, is very clean (by Chinese standards). It is also a nice place to stop and explore the local countryside by bike or even try your hand on the world class rock-climbing sites.

Yangshuo has a reputation as a foreigners’ village in Southern China and is a major stop for many independent travellers. It is on the Hong Kong to Kunming overland route and the Chinese offshoot of the backpakers’ Banana Pancake Trail through Southeast Asia.

Wandering through the countryside on a bike and getting lost is one of the best things about Yangshuo. The villages often have dramatic mountain backdrops, and the people are generally friendly.

Yangdi-Xingping scenic area. This stretch along the Li River is probably the most renowned and popular. The traditional bamboo rafts along this stretch have been replaced by rafts made of plastic pipe with two stroke motors.

Yulong River valley. The pretty valley is said to rival the Yangdi-Xingping stretch in terms of beauty. Besides rafting down the river on bamboo rafts, another popular way of seeing the valley is by cycling along riverside tracks.

Moon Hill. The main attraction is a hill with a huge hole in the shape of a moon. The hills here can be climbed for spectacular vistas from the top.

Huangyao Ancient Town (map) is just over an hour outside of Yangshuo by coach. It is a lovely, rustic old town where the film, “The Painted Veil” was shot.

Your credit card may not work very well there so carry a sufficient amount of cash instead.

RAIL >   Yangshuo Railway Station is an intermediate station of the Guiyang–Guangzhou high-speed railway, which connects some important cities, such as Shenzhen, Chengdu, and Chongqing. Train travel is the main method of long-distance transportation for the Chinese, with an extensive network of routes covering most of the country. >> seat61.com  (*Rail travel in China)