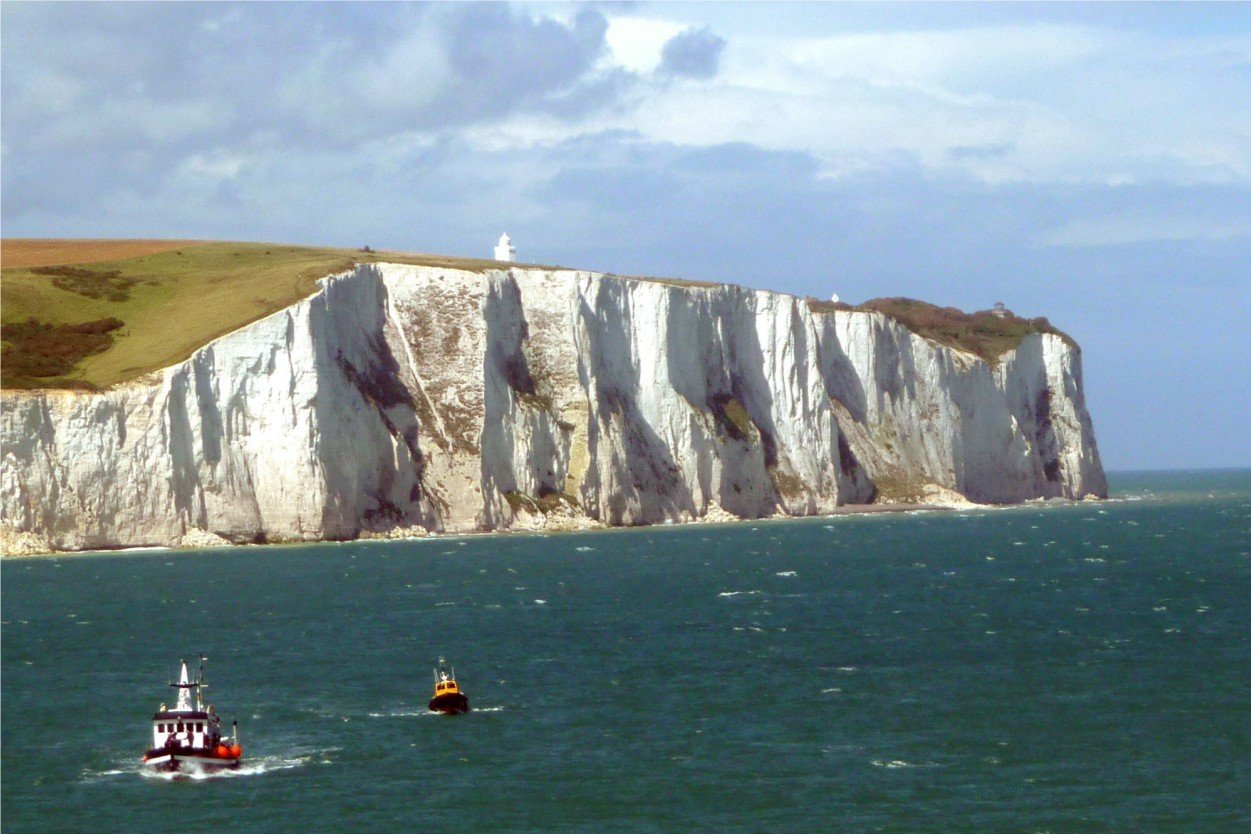 The White Cliffs of Dover (map), part of the North Downs formation, is the region of English coastline facing the Strait of Dover and France. The cliff face, which reaches a height of 350 feet (110 m), owes its striking appearance to its composition of chalk accented by streaks of black flint.

The cliffs, on both sides of the town of Dover in Kent, stretch for eight miles (13 km). A section of coastline encompassing the cliffs was purchased by the National Trust.

The White Cliffs are at one end of the Kent Downs designated Area of Outstanding Natural Beauty. On a clear day they are visible from the French coast. The chalk cliffs of the Alabaster Coast of Normandy in France are part of the same geological system.

Walking on The White Cliffs of Dover

In 1999 a sustainable National Trust visitor centre was built in the area. The Gateway building, designed by van Heyningen and Haward Architects, houses a restaurant, an information centre on the work of the National Trust, and details of local archaeology, history and landscape.

Dover Castle (map), the largest castle in England, was founded in the 11th century. It has been described as the “Key to England” owing to its defensive significance throughout history.

South Foreland Lighthouse (map) is a Victorian-era lighthouse on the South Foreland in St. Margaret’s Bay, which was once used to warn ships approaching the nearby Goodwin Sands.

Samphire Hoe Country Park (map) is a nature reserve on a new piece of land created from the rock excavated during the construction of the Channel Tunnel. It covers a 74-acre (30 ha) site at the foot of Shakespeare Cliff, between Dover and Folkestone.

Dover is a major port town facing into the English Channel and, at just 21 miles from the French port of Calais, it is the closest port to continental Europe on mainland Britain.

+ How to get here (nationaltrust.org.uk) • Travel to and around England (visitengland.com) • Getting around Britain (visitbritain.com).