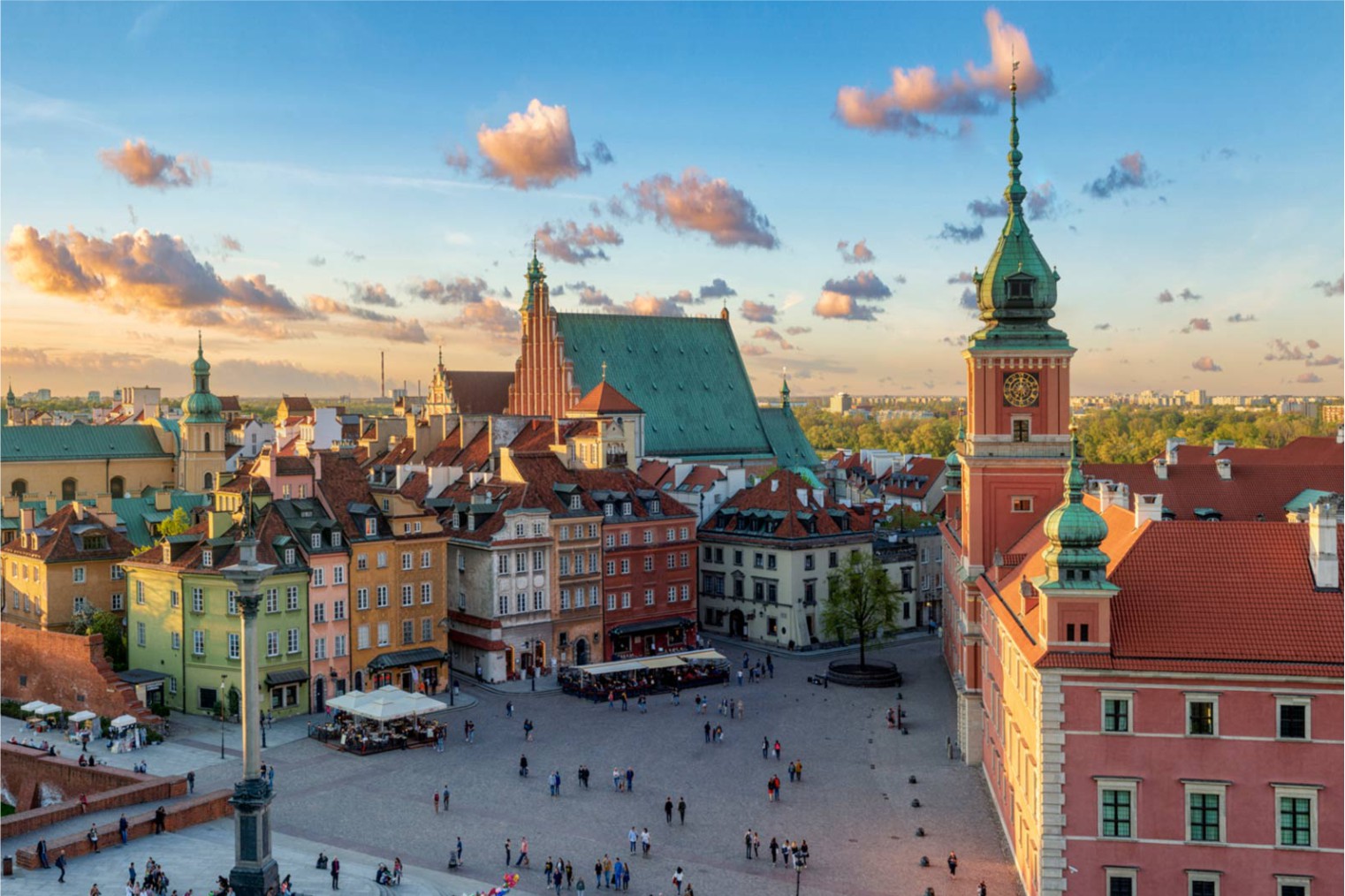 The city rose to prominence in the late 16th century, when Sigismund III decided to move the Polish capital and his royal court from Kraków. Warsaw served as the de facto capital of the Polish–Lithuanian Commonwealth until 1795, and subsequently as the seat of Napoleon’s Duchy of Warsaw.

During the Second World War, it suffered a fate similar to Rotterdam and Dresden in that it was almost completely razed, although in the case of Warsaw it was a much more tragic story of successive destruction and defeat.

Today, Warsaw is a bustling metropolis and one of the European Union’s fastest-developing capitals and the Union’s ninth most populous urban centre. It has a mixture of new and old in its eclectic architectural mix, and is constantly changing.

Warsaw’s nightlife is also on the rebound, and a reborn cafe culture has taken over the city.

Warsaw’s Old and New Towns are charming, compact and very walkable. It is hardly apparent when you walk around today that the buildings around you are little more than 60, rather than 600, years old.

*Śródmieście (map). The most central district in Warsaw, the Old and New Town are in Śródmieście. It is the area where most travelers will spend their time in Warsaw, as most major attractions and hotels are primarily located here, including the Royal Route with historical royal and noble residences, Jewish monuments and memorials, as well as the modern buildings.

The Old Town (map) is the historic core of the city that was contained in its erstwhile city walls in the times it was still a small town, before it became the country’s capital in the late 16th century. The New Town (map) is called so because it was the first part of Warsaw to be built outside of the original city wall ring, but it is indeed not much newer than the old town and much older than most of other neighbourhoods of Warsaw.

Among the most notable landmarks of the Old Town are the Royal Castle (wiki, map), Sigismund’s Column (map), Market Square (map), and the Barbican (map). Further south is the so-called *Royal Route, with many historical churches, Baroque and Classicist palaces, most notably the Presidential Palace, and the University of Warsaw campus.

Powązki Cemetery (map) is one of the oldest cemeteries in Europe, featuring of sculptures, some of them by the most renowned Polish artists of the 19th and 20th centuries.

In the night when regular buses, trams, the metro and SKM do not run, a system of night bus lines will take you basically to every part of city. Most buses start and finish at the back of Central Railway Station (Dworzec Centralny, map).

AIRPORTS >   (Chopin Airport, map) – located about 8 km from the city center. The bus line linking the airport with Śródmieście is 175. It is very useful for tourists arriving in Warsaw, as it stops by many tourist attractions and hotels. The fare is no different from any other bus line in Warsaw.