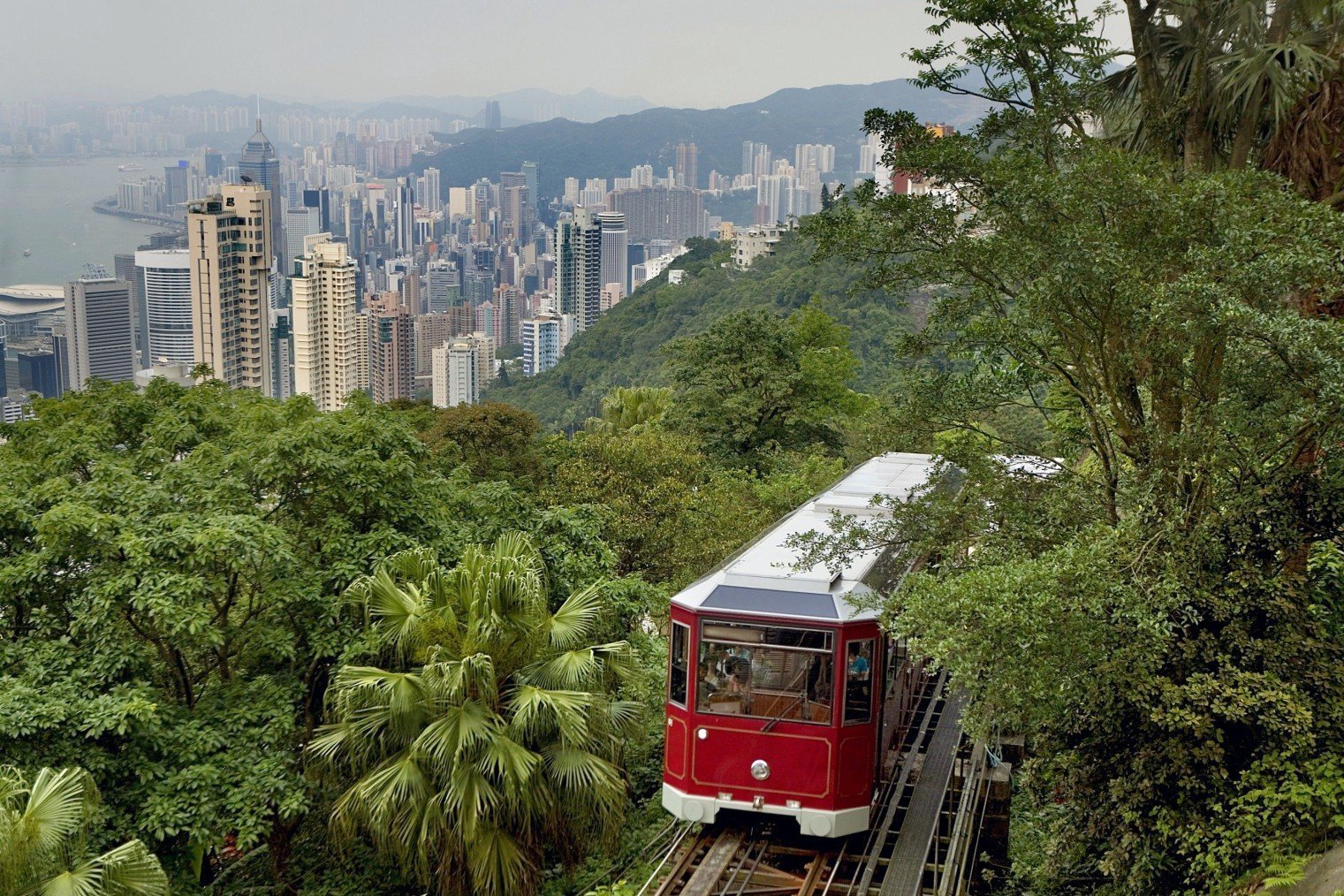 Victoria Peak is a hill on the western half of Hong Kong Island. It is also known as Mount Austin, and locally as The Peak. With an elevation of 552 metres (1,811 ft), it is the highest hill in Hong Kong island.

Hong Kong City has been a major destination for tourists and business people from around the world for at least a century. Today it is also a major tourism destination for China’s increasingly affluent mainland population. It is an important air hub with connections to many of the world’s cities.

With some seven million visitors every year, the Peak is a major tourist attraction of Hong Kong. It has views of the city and its waterfront.

The Peak Tower incorporates the upper station of the Peak Tram, the funicular railway that brings passengers up from the St. John’s Anglican Cathedral (map) in Hong Kong’s Central district, whilst the Peak Galleria (map) incorporates the bus station used by the Hong Kong public buses and green minibuses on the Peak.

Many first-time travelers are surprised to find more of a mall than a park when they arrive at the Peak. But a quick survey of the area will uncover several vantage points, including Sky Terrace 428, a paid viewing platform. However, we’d suggest skipping the tickets and heading instead to the Peak Galleria mall. Atop this commercial hub (just take the escalators up to the roof), there’s a free observation area where you can take in all of the scenery.

Victoria Peak Garden (map) is located on the site of Mountain Lodge, the Governor’s old summer residence, and is the closest publicly accessible point to the summit. It can be reached from *Victoria Gap by walking up Mount Austin Road, a climb of about 150 metres (490 ft). Another popular walk is the level loop along Lugard and Harlech Roads, giving good views of the entire Hong Kong Harbour and Kowloon, as well as Lantau and Lamma Islands, encircling the summit at the level of the Peak Tower.

CityMapper – Hong Kong | The ultimate transport app and technology for mobility in cities.

Octopus card – a contactless smart payment card, is widely accepted on railways, buses and ferries, and can be used for payment in most retail stores.