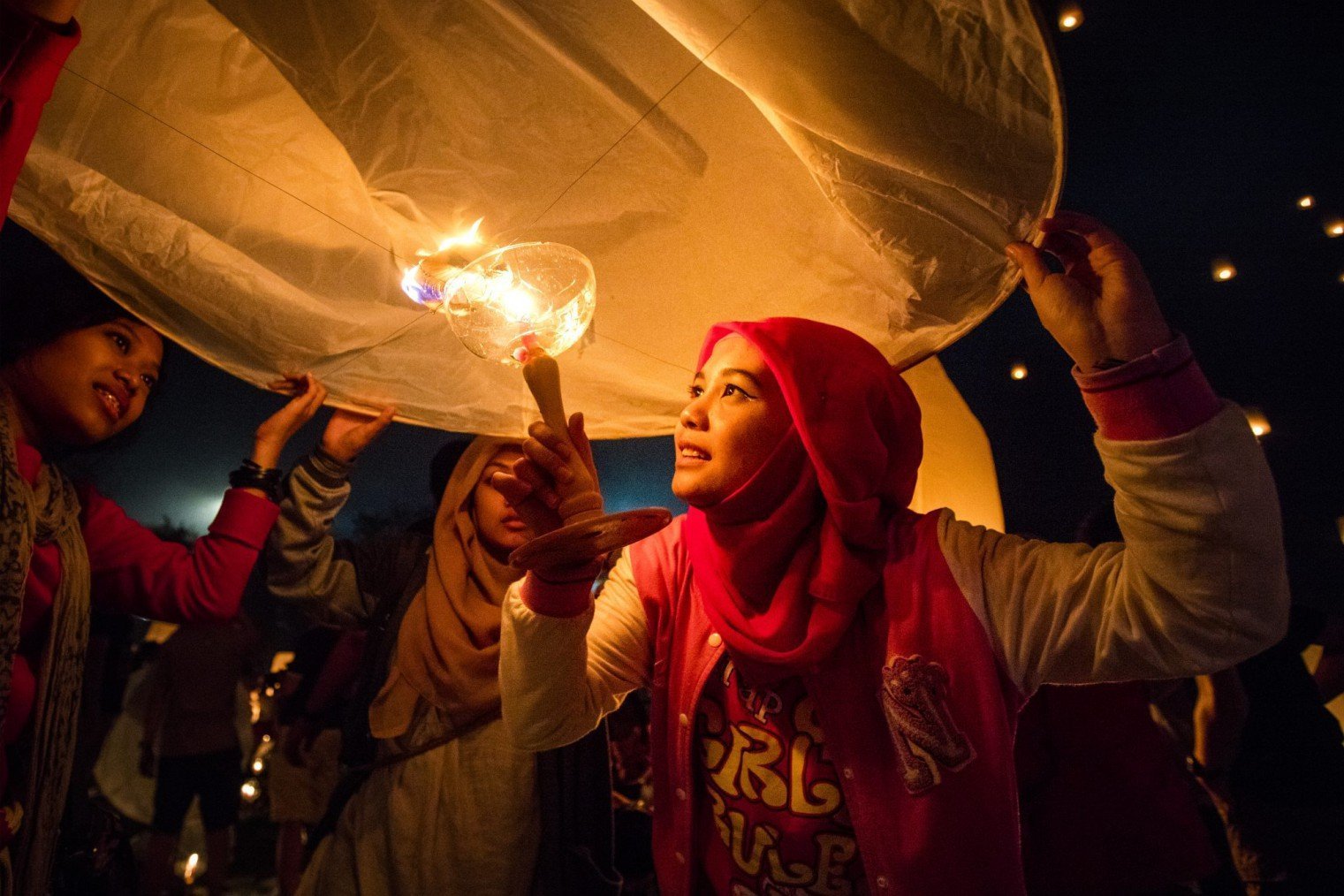 The festival commemorates the birth, enlightenment (*Nibbāna), and death (*Parinirvāna) of Gautama Buddha. On Vesak Day, Buddhists all over the world commemorate events of significance to Buddhists of all traditions.

As Buddhism spread from India it was assimilated into many foreign cultures, and consequently Vesak is celebrated in many different ways all over the world. In India, Vaishakh Purnima day is also known as Buddha Jayanti day and has been traditionally accepted as Buddha’s birth day.

At Borobudur, thousands of Buddhist monks will join to repeat mantras and meditate as they circuit the temple in a ritual called “Pradaksina”. This is a form of tribute to the temple.

Borobudur (map) is a Buddhist stupa and temple complex in Central Java, Indonesia dating from the 8th century, and a UNESCO World Heritage Site. This is one of world’s truly great ancient monuments, the single largest Buddhist structure anywhere on earth, and few who visit fail to be taken by both the scale of place, and the remarkable attention to detail that went into the construction.

The exact date of Vesak is based on Asian lunisolar calendars and is primarily celebrated in Vaisakha, a month of both the Buddhist and Hindu calendars, hence the name Vesak.

Vesak, commonly known in Nepal as “Buddha Jayanti” is widely celebrated all across the country, predominantly, *Lumbini (map) – the birthplace of Buddha, and Swayambhu (map) – the holy temple for Buddhists, also known as “the Monkey Temple”. The main door of Swayambhu is opened only on this very day, therefore, people from all over Kathmandu valley are stimulated by the event.