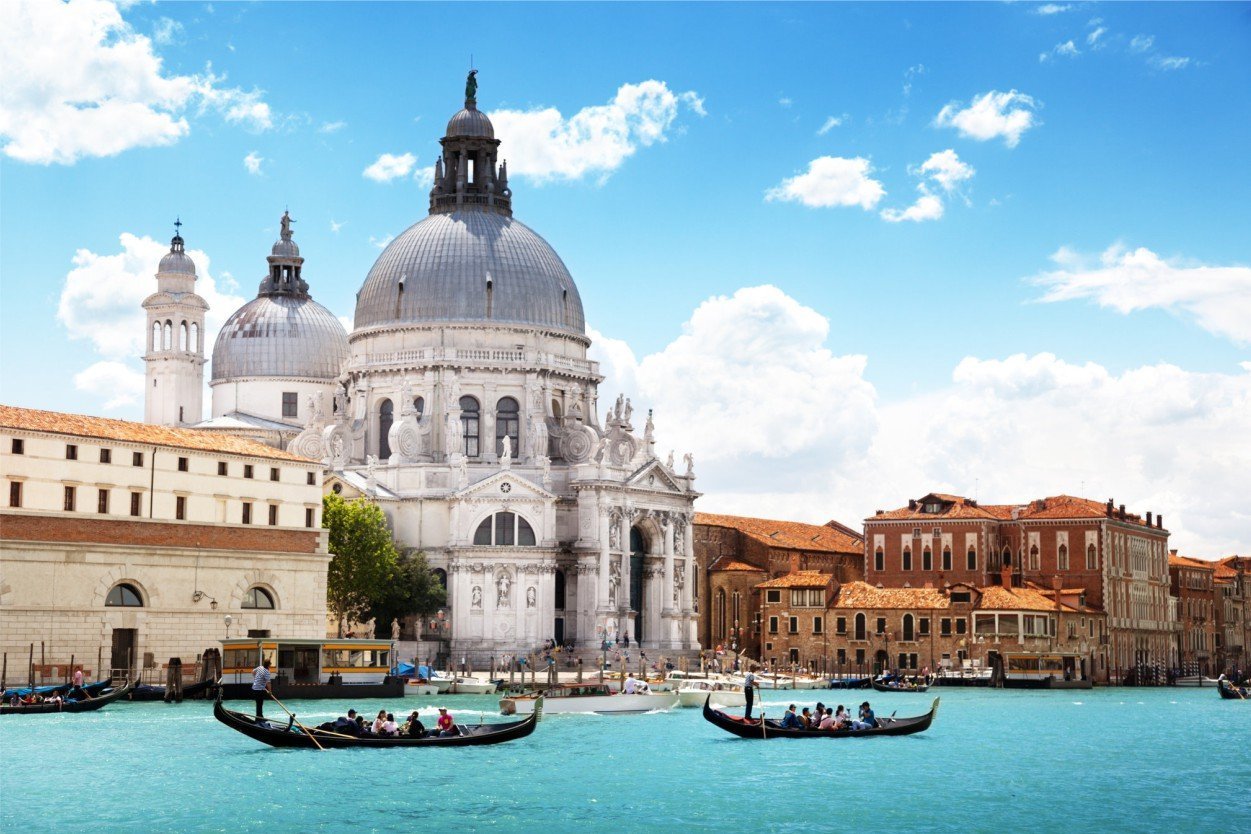 Venice (map), the capital of the Veneto region. It is built on a group of 118 small islands that are separated by canals and linked by over 400 bridges.

Venice has decayed since its heyday and suffers from overtourism, but the romantic charm remains. Venice and its lagoon are a UNESCO World Heritage site. It used to be an independent republic, and remains one of Italy’s most important cities.

It has been described by the Times Online as one of Europe’s most romantic cities and by The New York Times as “undoubtedly the most beautiful city built by man”.

Venice, the world’s only pedestrian city, is easily walkable, and the absence of cars makes this a particularly pleasant experience. However, walking and standing all day can also be exhausting, so it is best to pace yourself. The Rialtine islands – the ‘main’ part of Venice – are small enough to walk from one end to the other in about an hour, provided you don’t get lost (a common occurrence).

Between autumn and early spring, the city is often threatened by flood tides pushing in from the Adriatic. You can get an acqua alta map at the tourist offices either at the railway station or St Mark’s Square. This will show you the higher, dry routes and the ones with walkways set up during the various flood alerts.

The Carnival of Venice is held annually in the city, It lasts for around two weeks and ends on Shrove Tuesday. Venetian masks are worn. The Venice Biennale is one of the most important events in the arts calendar. In 1895 an Esposizione biennale artistica nazionale (biennial exhibition of Italian art) was inaugurated.

*Saint Mark’s Basilica (map). It is the most famous of the city’s churches and one of the best known examples of Italo-Byzantine architecture. Originally it was the chapel of the Doge, and has been the city’s cathedral only since 1807, when it became the seat of the Patriarch of Venice. The visit within the basilica lasts ten minutes. Waiting for entry into the basilica can last up to five or so hours and it may be wise to use a ticket service to reserve your visit

Doge’s Palace (Palazzo Ducale, map) is one of the main landmarks of the city. It was built in 1340. It became a museum in 1923 and is one of the 11 museums run by the Fondazione Musei Civici di Venezia. > (Doge’s Palace, Museo Correr, Clock Tower, Ca’ Rezzonico, Palazzo Mocenigo Museum, Carlo Goldoni’s House, Ca’ Pesaro, Palazzo Fortuny, Glass Museum, Lace Museum, Natural History Museum)

Bell tower of St. Mark (map). The current tower dates from 1912; an exact replica of the previous tower which collapsed in 1902. The top of the tower offers great views of Venice and the lagoon.

Clock Tower (Torre dell’Orologio, map). The fascinating tour of the clock mechanism (and rooftop bell) can only be visited on a guided tour.

Scuola Grande di San Rocco (map) masterpiece of Tintoretto, this guild house is an exquisite example of Mannerist art at its best. In order to allow a comfortable admiration of the detailed ceiling, mirrors are offered to the visitors. Cycles of allegories, life and passion of Christ, scenes from the Old and New Testament.

*Ponte di Rialto (map). The bridge has become one of Venice’s most recognizable icons and has a history that spans over 800 years.

Basilica dei Santi Giovanni e Paolo (map) A fine, huge Dominican church with the tombs of many Doges. It shares its piazza with the fine Renaissance façade of the Scuola San Marco and an equestrian statue of the mercenary (condottiere) captain Bartolomeo Colleoni.

!  “Coloured Pasta” and “Venetian Limoncello” (not the original napolitan one) are not Italian food, no Italian would ever eat them, they are particularly made for tourists.

To save money at lunch, eat standing up – that’s what Venetians themselves do.

CityMapper – Venice | The ultimate transport app and technology for mobility in cities.

Venice is well-connected with the domestic train network, Rome and Milan are only a few hours away.