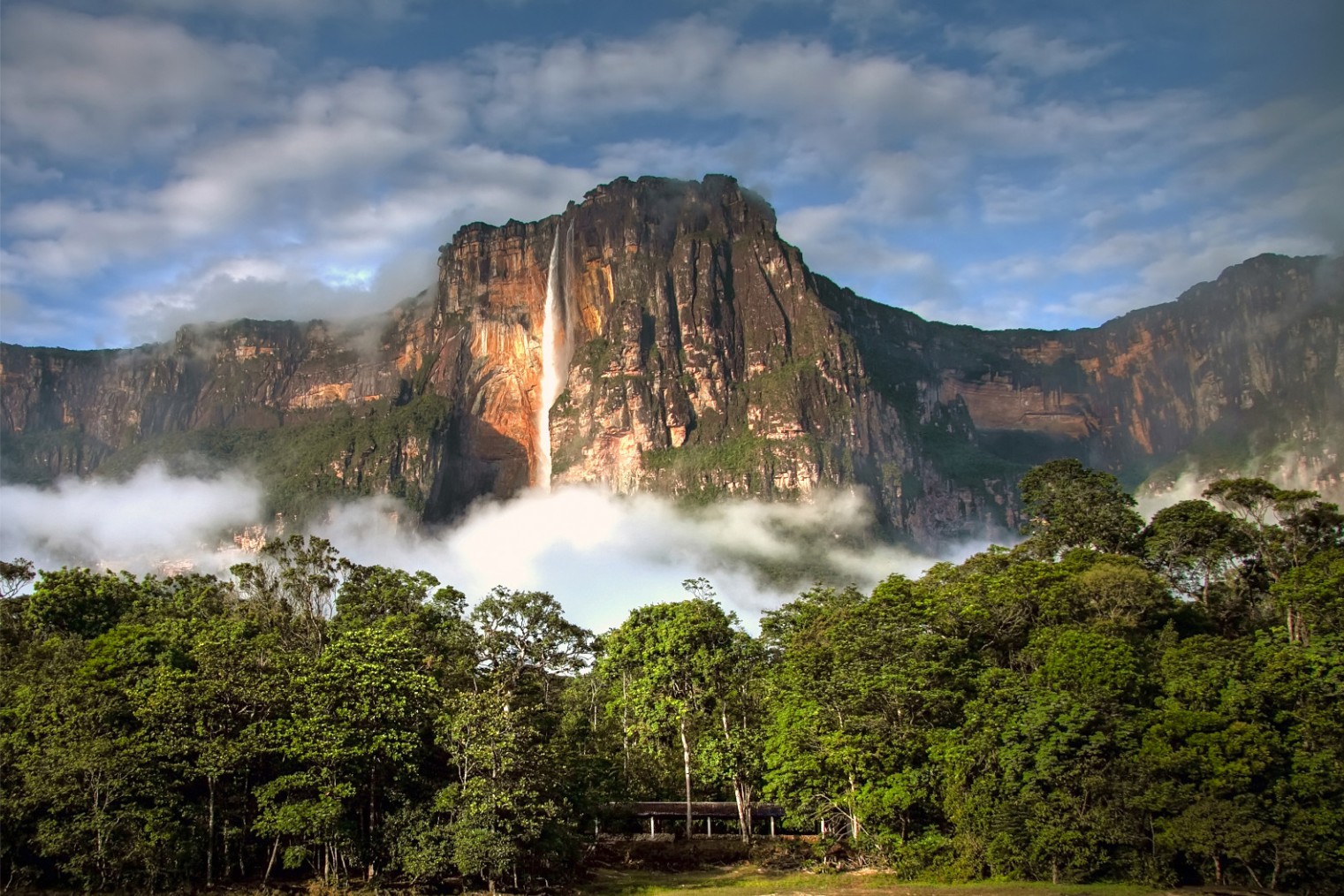 Bolivarian Republic of Venezuela is a country on the northern coast of South America. The capital and largest urban agglomeration is the city of *Caracas. *Coro (map) – The first capital of Venezuela and a city of rich colonial architecture, a unique natural scenery and tourist attractiveness. Its historical downtown is considered as a cultural World Heritage Site.

*Margarita Island (map) is one of the top tourist destinations for enjoyment and relaxation. It is an island with a modern infrastructure, bordered by beautiful beaches suitable for extreme sports, and features castles, fortresses and churches of great cultural value. The *Angel Falls (map, Kerepakupai Vená) in the Guiana Highlands is the world’s highest waterfall and one of Venezuela’s major tourist attractions.

Venezuela has one of the world’s highest rates of violent crime – including murder, armed robbery, kidnapping, and carjacking. Armed robberies and street crime take place throughout Caracas and other cities, including in areas frequented by tourists.

Venezuela has its fair share of poverty, corruption, and crime. Venezuela has one of the highest homicide rates worldwide. It is necessary to be vigilant when in crowded cities, as pickpockets and muggers may be around. Most sections of large cities are not safe to walk at night. Stay in populated areas. Always travel by vehicle at night. The outskirts of many cities are very poor and crime-ridden, and are not appropriate for tourists.

Travelers in Venezuela are obliged to carry identification. There are military checkpoints on many roads, so while travelling by car or bus keep your passport handy, ideally you should keep a color photocopy of your passport. Should your passport be stolen, this will facilitate procedures with your local consulate.