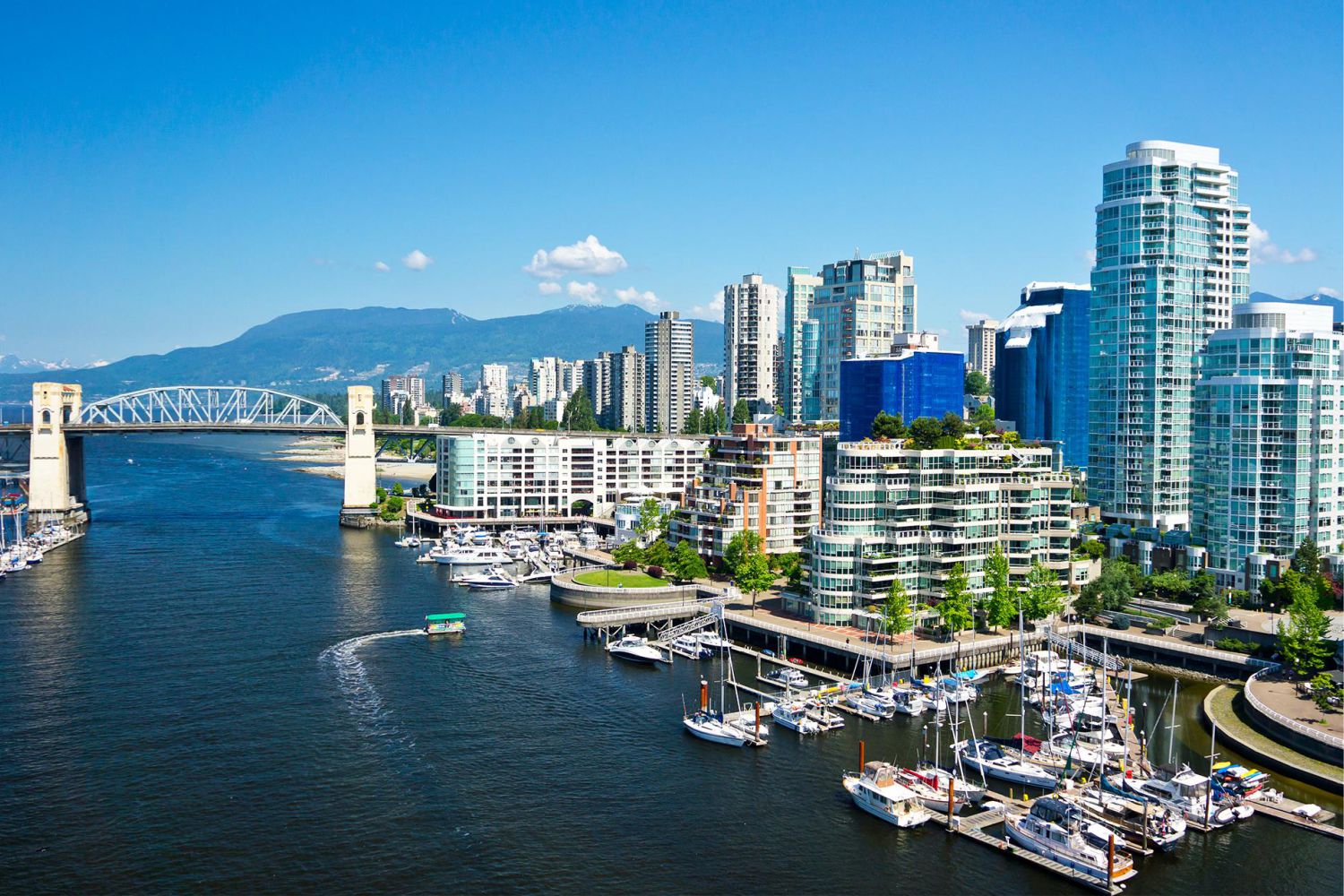 Vancouver is perhaps best known for its scenic beauty, and the opportunities afforded by its natural environment. Vancouver is one of those rare places where you could theoretically ski in the mountains, windsurf in the ocean, and play a round of golf all in the same day.

Surrounded by water on three sides, and crowned by the North Shore mountains, Vancouver is a great destination, and a great starting point for discovering the area’s many outdoor activities.

*City Centre (map). The financial, shopping and entertainment centre of the city. It has many of Vancouver’s most notable landmarks and easy connections to other parts of the city and the Lower Mainland. With its multitude of accommodation and restaurant options, it is the ideal, if pricey, place to base yourself for exploring the city.

*Gastown-Chinatown (map). The original townsite of Vancouver. Gastown is a mix of kitsch, heritage and urban chic. Chinatown was historically one of the largest Chinatowns in North America.

Many of the city’s landmarks and historical buildings can be found downtown. Canada Place (map), with its distinctive sails, the nearby Olympic Cauldron (map), the intricate Art Deco styling of the Marine Building (map) and the old luxury railway hotel of the Hotel Vancouver (map) are in the central business district.

Stanley Park (map), along with its neighbouring Coal Harbour walkway (map) and the Vancouver Aquarium (map) are in the West End and Gastown, the original town site of Vancouver, has a number of restored buildings and its steam clock is a popular spot to visit.

Modern architecture worth visiting also includes Shangri-La (map), the tallest building in the city, and the Sheraton Wall Centre (map). Another popular city landmark, the bustling markets and shops of Granville Island (map), is just to the south of downtown in South Granville.

If you’re looking to learn about the people of the Northwest Coast and some of its history, one good spot is the impressive Museum of Anthropology (map) at the University of British Columbia.

The city’s Chinese heritage comes alive during Chinese New Year. *Chinatown (map), in the east side of downtown, is awash in colour and has many festivities, including a parade. June sees the annual Dragon Boat Festival on False Creek.

Cannabis can be purchased from private dispensaries or the government run BC Cannabis stores, which also offer online sales. It’s legal for adults over 19 to consume and possess up to 30 grams of cannabis. It is not permitted to smoke or vape cannabis anywhere tobacco use is prohibited.

TransLink is Metro Vancouver’s regional transportation authority, and operates a public transit system made up of a network of buses, the SkyTrain, and the SeaBus.

Compass – is the electronic fare system for buses, SkyTrain, SeaBus and the West Coast Express.

BUS >   Greyhound Canada serves Montreal, Ottawa, and Toronto, with connecting service to regional lines and US Greyhound coaches. New York Trailways. There are also many local bus companies throughout Canada.

WATERWAYS >   Marine Atlantic provides ferry service between North Sydney, Nova Scotia, and Port-aux-Basques, Newfoundland. There are also ferries to the Îles-de-la-Madeleine from Souris, PEI, and Montreal.

BC Ferries has an extensive network of services along the coast of British Columbia and to Vancouver Island and to outlying islands.