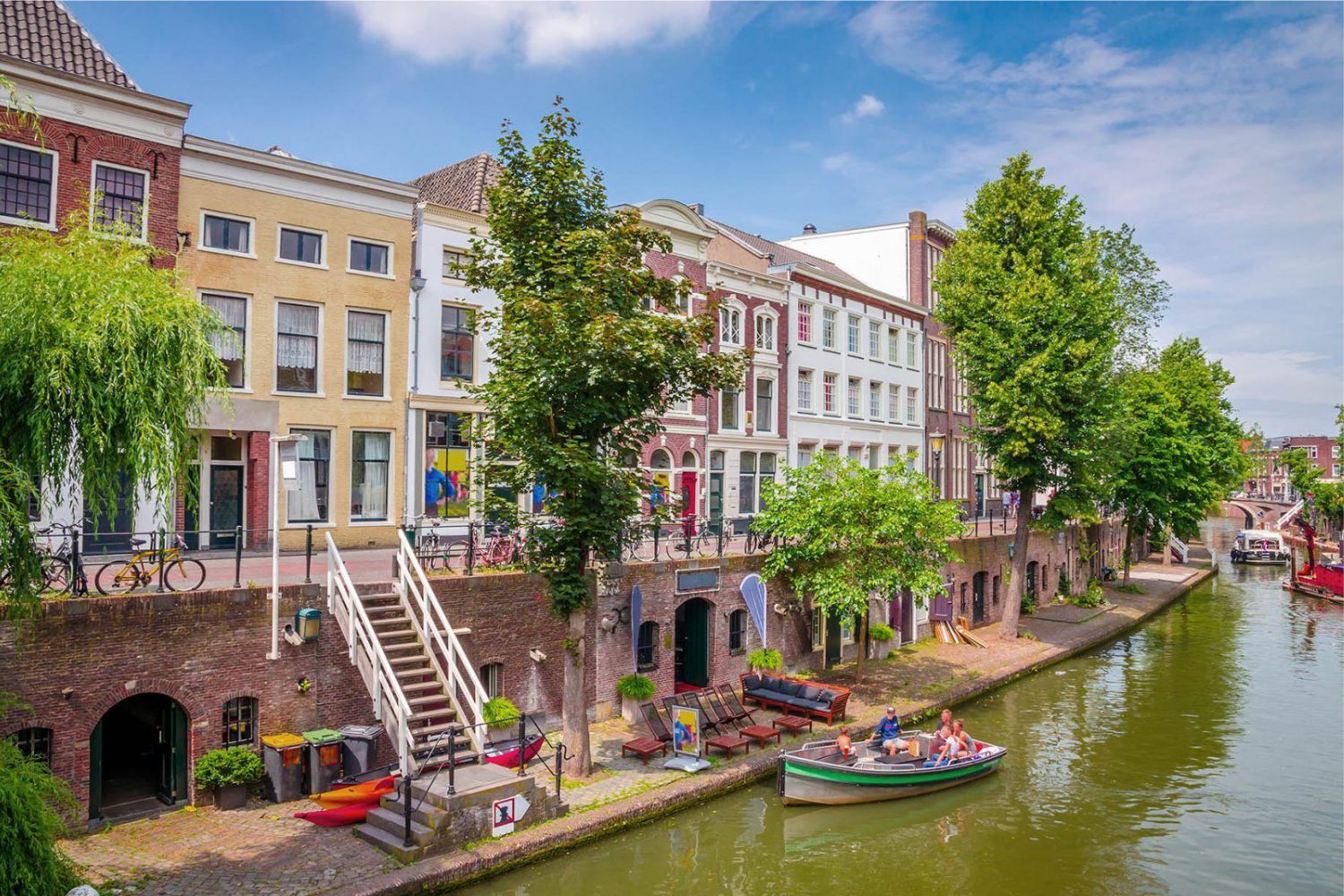 Utrecht (map) is the fourth-largest city and a municipality of the Netherlands, capital and most populous city of the province of Utrecht.

The history of the city goes back to 47 AD when the Roman emperor Claudius ordered his general Corbulo to build a defensive line along the river Rhine which was the northern most border of the empire.

Utrecht’s ancient city centre features many buildings and structures, several dating as far back as the High Middle Ages. It has been the religious centre of the Netherlands since the 8th century. It has the second-highest number of cultural events in the Netherlands, after Amsterdam. In 2012, Lonely Planet included Utrecht in the top 10 of the world’s unsung places.

Utrecht is known as a student city with a large population of single young people. This results in a booming nightlife with many places to have a quick meal, some drinks or a dance.

Utrecht’s cityscape is dominated by the Dom Tower (map), the tallest belfry in the Netherlands and originally part of the Cathedral of Saint Martin (map).

Kanaalstraat (map). There is an attractive area of shops and eateries along Kanaalstraat in the Lombeck district between Damstraat and Lombokstraat. At the west end of Kanaalstraat is a quaint old-fashioned drawbridge. At the east end is a mosque with two minarets.

Another landmark is the old centre and the canal structure in the inner city. The *Oudegracht is a curved canal, partly following the ancient main branch of the Rhine. It is lined with the unique wharf-basement structures that create a two-level street along the canals. The inner city has largely retained its medieval structure, and the moat ringing the old town is largely intact.

Centraal Museum (map), located in the MuseumQuarter, this municipal museum has a large collection of art, design, and historical artifacts. Museum Speelklok National Museum (map) in the centre of the city, displays several centuries of mechanical musical instruments.

Houtzaagmolen De Ster (map). This windmill and sawmill installation was built in 1721 along the waterway called Leidsche Vaart, and was renovated in 1998. Molen Rijn en Zon (map). This windmill was built in 1913, retired in 1949 after a storm and restored 1977-1978; it was used for grinding corn (korenmolen). Today the ground floor is used as a butcher’s shop (slagerij) offering organic products.

BUS >   The bus station is next to the train station. International buses depart from the western side of the train station (‘Jaarbeurszijde’). The regional buses are much slower than the trains. For information about the city buses, check the U-OV website, this is the company that provides public transport services in and around the city of Utrecht.

RAIL >   Utrecht Centraal Station (map). The hub of the Dutch rail network, it is easily accessible directly, or with one change of train, from almost every station in the Netherlands. For instance, there are frequent direct connections from Amsterdam and Schiphol Airport (even at night), each taking 30 min.