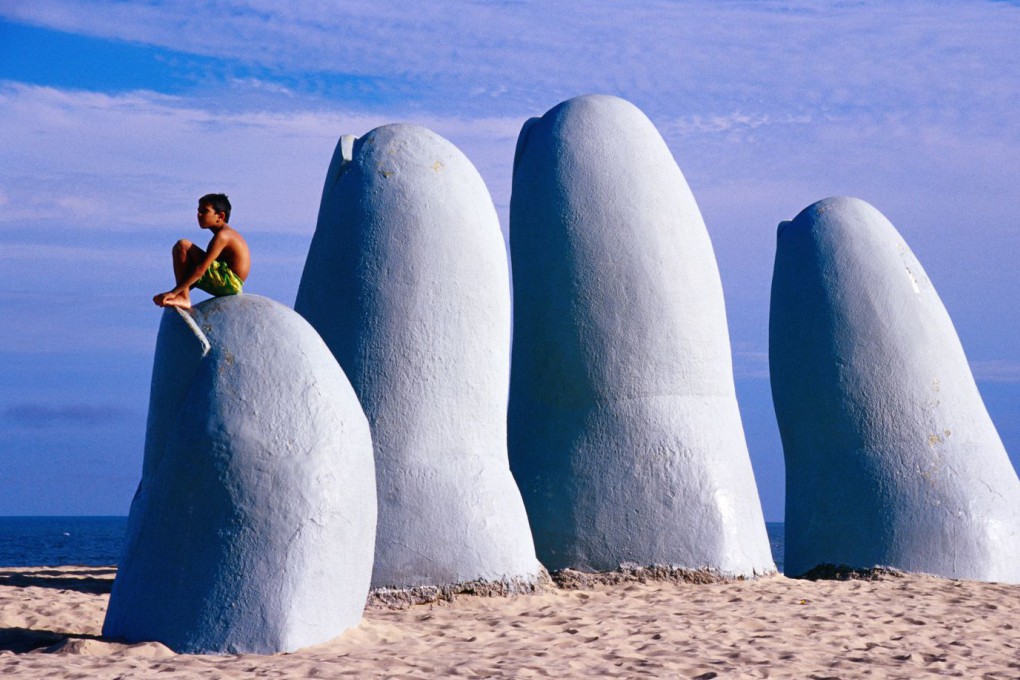 Oriental Republic of Uruguay – is the second-smallest country in South America, wedged between Argentina and Brazil. Uruguay is regarded as one of the most socially progressive countries in Latin America. The main sights of interest are concentrated on the coastline. Perhaps unsurprisingly the largest concentration of things to see is the capital, Montevideo.

Calmer and safer than its neighbors, Uruguay is a low-key, easygoing destination. In the northern interior, you’re sure to encounter gauchos: Uruguayan cowboys who still wear traditional clothes and ride horses alongside the highway.

Entry Requirements • Places to go • Things to do • Mobile Apps

A two and a half hour bus trip west takes you to *Colonia del Sacramento (map), a city established in 1680 by the Portuguese. While the modern part of the city isn’t much of a tourist attraction, the well-preserved colonial barrio histórico is a UNESCO World Heritage site. As it is located a mere one hour from Buenos Aires by catamaran, it is also a popular day trip for visitors to the Argentinian capital.

One of the main natural attractions in Uruguay is *Punta del Este (map). Its beaches are divided into Mansa, or meek, (river side) and Brava, or brave, (ocean side). The name given to these beaches is because the first, to give to the River Plate and be sheltered from the winds and currents from the Atlantic Ocean, almost always presents its fairly calm waters, while the “Brava” beach, the longer ocean has a much more impetuous waves.

*Piriápolis (map) is a city and resort of Maldonado Department, located an hour’s drive east from the capital, Montevideo. It was the first resort town in the country, today under the shadow of Punta del Este, largest and most popular.

*Lavalleja (map) is one of the departments of the country with most scenic variations, but is recognized as the center of mountain tourism in Uruguay. The landscape stretches along the la Cuchilla Grande (map) and its branches which are surrounded by rivers, streams, creeks and waterfalls. Undoubtedly, its capital Minas (map) is a thread very important for Lavallejino tourism.

BUS >>  From Montevideo interdepartmental buses leave from the Tres Cruces station (Terminal Tres Cruces) which also serves the international buses. There are often several companies serving the routes and the buses are frequent, safe, comfortable and affordable. Buses generally depart right on time.

BOAT >>  The Buquebus ferry service operates between Buenos Aires, Argentina, and both Colonia del Sacramento and Montevideo, Uruguay. Some services continue from there to Punta del Este. Colonia Express operates between Buenos Aires and Colonia by one hour ferry and then by bus to Montevideo. ( *Note that there is also the directferries.com/.co.uk Website, which offers all those trips and ferries, at a however inflated price.)