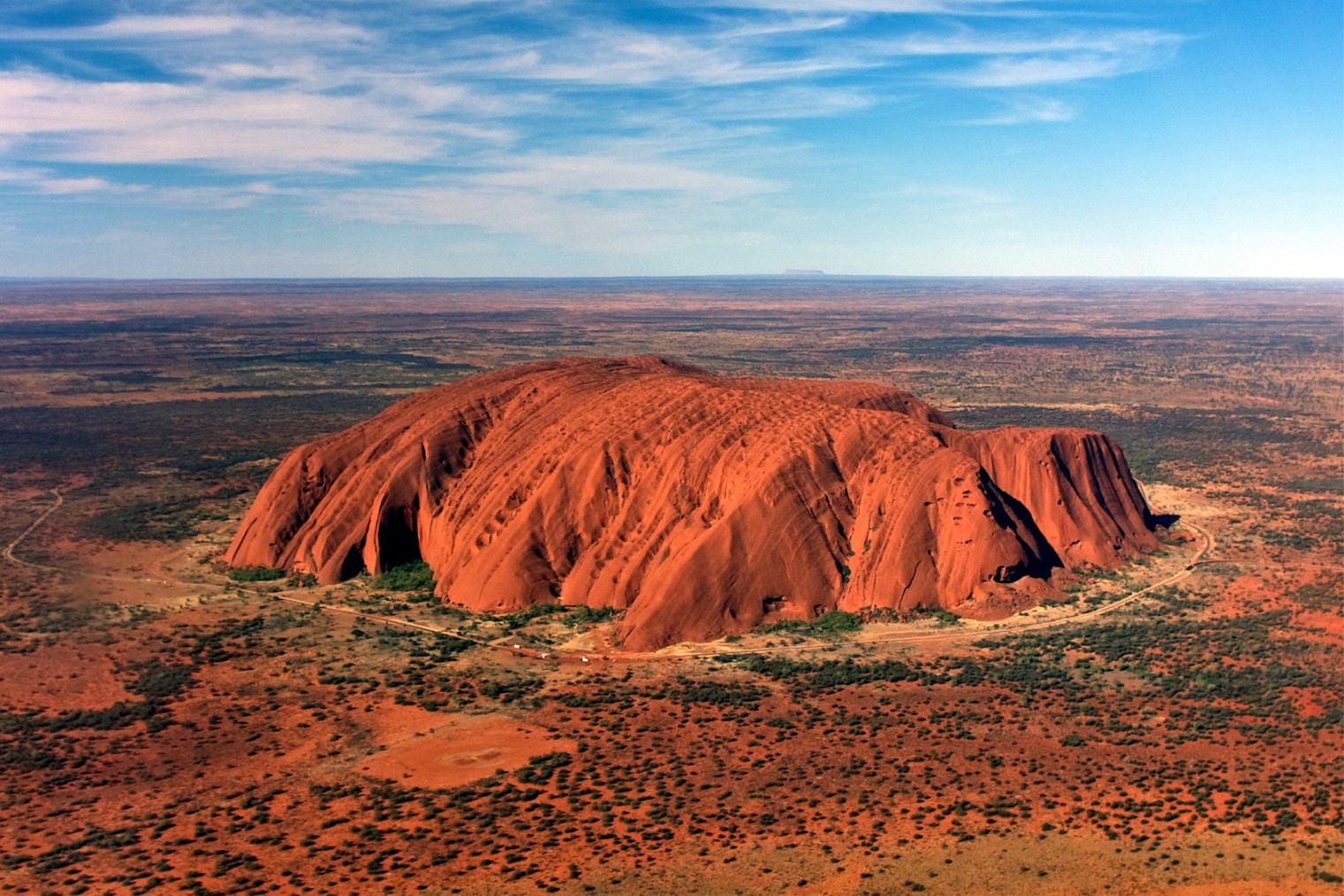 Uluṟu-Kata Tjuṯa National Park (map) is a park in the southern portion of the Northern Territory of Australia, part of the so-called Red Centre of the continent. The National Park is a UNESCO World Heritage area. It is best known for Uluṟu (also known as Ayers Rock), a single massive rock formation, and also for Kata Tjuṯa (also known as “The Olgas”, map), a range of rock domes.

Yulara (map) is the only service village nearby, built to offer supplies and accommodation for visitors to the park.

Uluṟu and Kata Tjuṯa are considered sacred places by the Aboriginals. The land is owned by the Anangu, leased by the government and jointly managed by the Anangu and the Australian parks and management services.

Uluṟu is one of Australia’s best known natural features, the long domed rock having achieved iconic status as one of the symbols of the continent. The rock is a so-called monolith, i.e. a single piece of rock or a giant boulder, extending about 5 km beneath the desert plain and measuring 3.6 by 2.4 km at the surface. It rises 348 metres above the plain (862.5 metres above sea level) and has a circumference of 9.4 km.

Some say that Uluru is the biggest of its kind, others say that Mount Augustus (map) in Western Australia is bigger. Whatever the case may be, standing in front of Uluru and seeing its massive bulk rise above the flat plain surrounding it, it is nothing less than impressive.

Kata Tjuṯa is a collection of 36 variously-sized rock domes 36 km to the west of Uluru. Some geologists believe that it once may have been a monolith far surpassing Uluru in size, but that it eroded to several separate bulks of rock.

From the north, in Alice Springs (map) take the Stuart Highway (87) South for about 200 km to Erldunda Roadhouse. Turn right onto the Lasseter Highway and 245 km further on you arrive at Yulara)

BUS >   There is no scheduled bus service. Some tour operators may offer travel only if there is room on their buses.

AIRPORTS >   *Ayers Rock Airport (Connellan AYQ IATA) (is around 15 km north of the rock). Serves the resort town of Yulara.