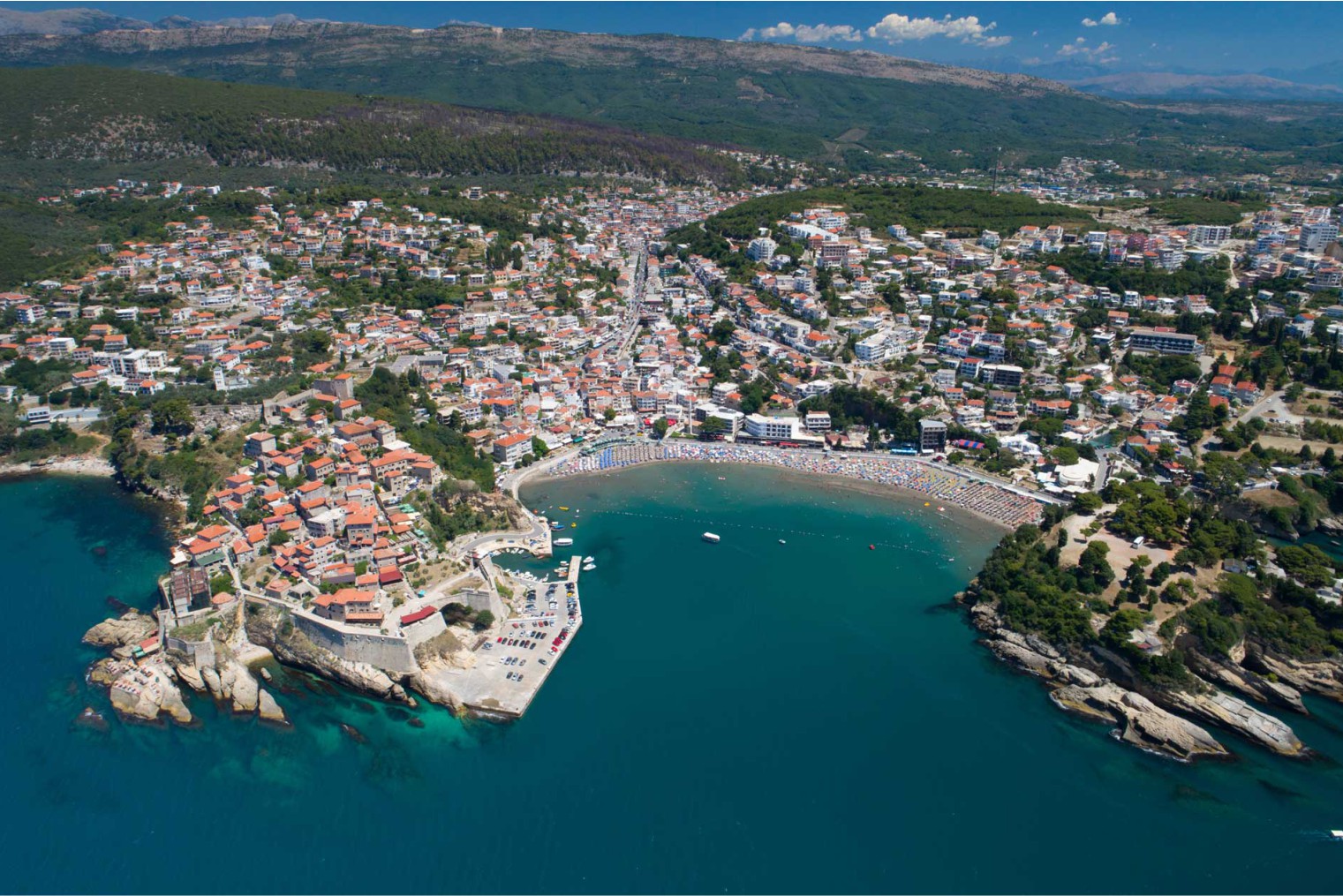 Ulcinj (map) is the most southern coastal town of Montenegro. Due to the town’s nice location on the coast it is a major tourist destination of much of the Albanian population of Kosovo.

*Ulcinj Old Town (Kalaja e Ulqinit, Stari grad Ulcinj, map). The oldest and most attractive cultural part of Ulcinj. It is an ancient Illyrian castle built by Ancient Greeks, conquered by various other nations, like Romans, Byzantines, Serbs, Venetians and Ottomans, and all of them having a impact on its architecture.

There are 26 mosques in the town and surrounding countryside. Ulcinj is the centre of the Albanian community in Montenegro.

Ulcinj is a small city, you will have no problem getting around by foot, but keep in mind that some parts are very hilly. The hilly roads can become quite slippery when wet and many of the smaller streets have no sidewalks.

There are many stairs that lead down the hills that can be used to avoid long winding roads, but you’ll have to look for the entrances, or use Google Maps Satellite imagery to see where the stairs are; they’re nost marked and they often look like they lead into someone’s home.

The most valuable resource of the Ulcinj riviera is Velika plaža (Long Beach, map), which is a 12 km (7.5 mi) long stretch of sandy beach and the longest beach on the Montenegrin coast. There is a small pebble beach called Ladies Beach (map) which folk tradition holds to have qualities conducive to fertility.

Ulcinj’s old town is a well preserved castle-looking community that is left over from medieval times. The old town sits atop a mountain overlooking the shore and is a tourist attraction on its own. Ada Bojana is popular among foreign tourists from Western Europe for its peace and atmosphere. A large naturist campsite is located in Ada Bojana (map).