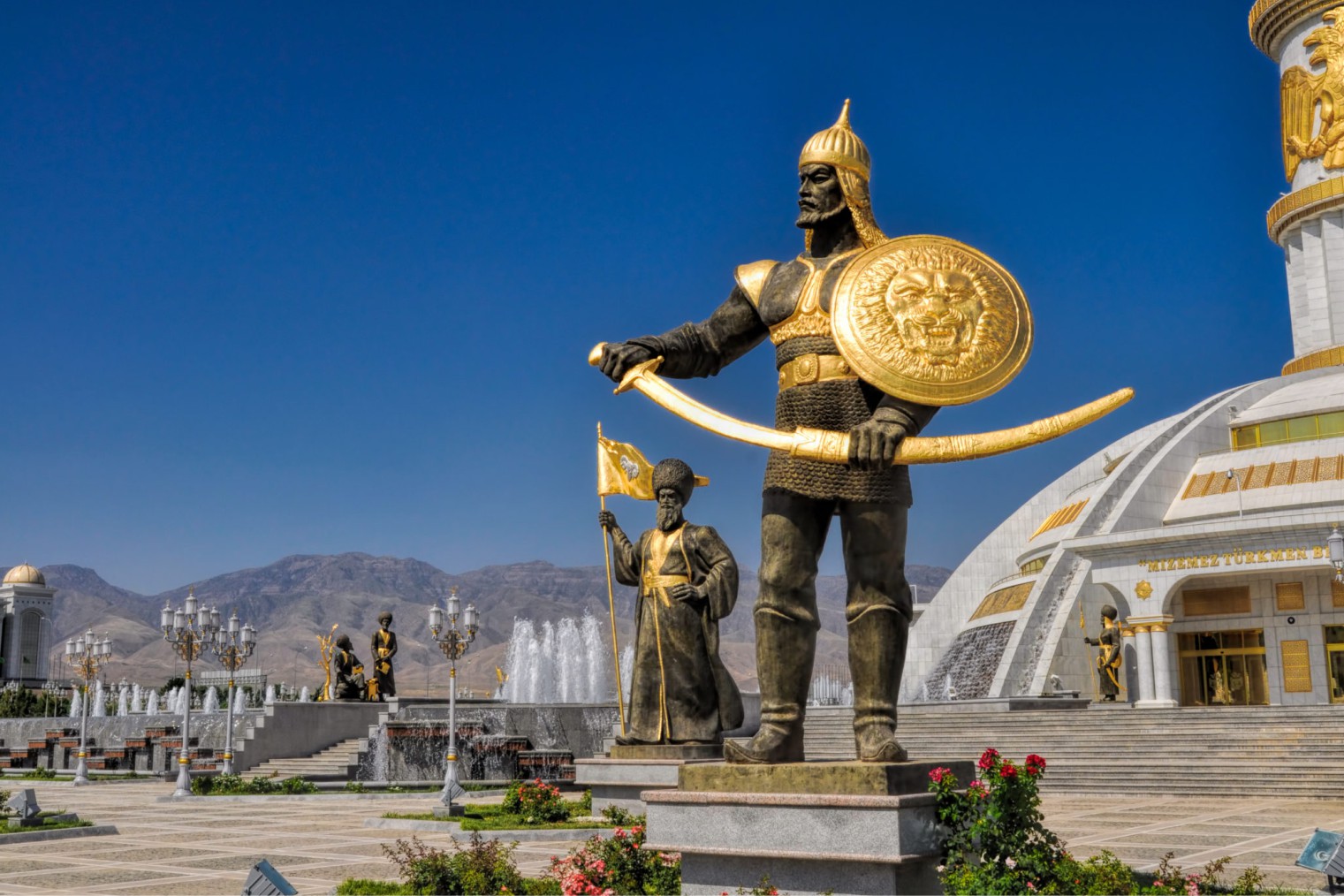 Turkmenistan also known as Turkmenia (map), is a sovereign country in Central Asia. *Ashgabat is the capital and largest city of the country. Turkmenistan has been at the crossroads of civilizations for centuries; *Merv (map) is one of the oldest of oasis-cities in Central Asia and was once the biggest city in the world.

*Darvaza (map) – Probably Turkmenistan’s single most famous site, at this spot near the former town of Darvaza, an oil rig accidentally struck a large pocket of natural gas in 1971. The rig collapsed into the cavern, resulting in a large crater filled with fire. It was decided to let the fire burn rather than let the poisonous gas escape into the nearby town. The fire burns to this day and it is popular as being easily mistakable for the gates of Hell.

The government is in firm control of nearly everything, although, surprisingly, tourism is welcomed as long as you don’t discuss politics or the omnipresent police or military.