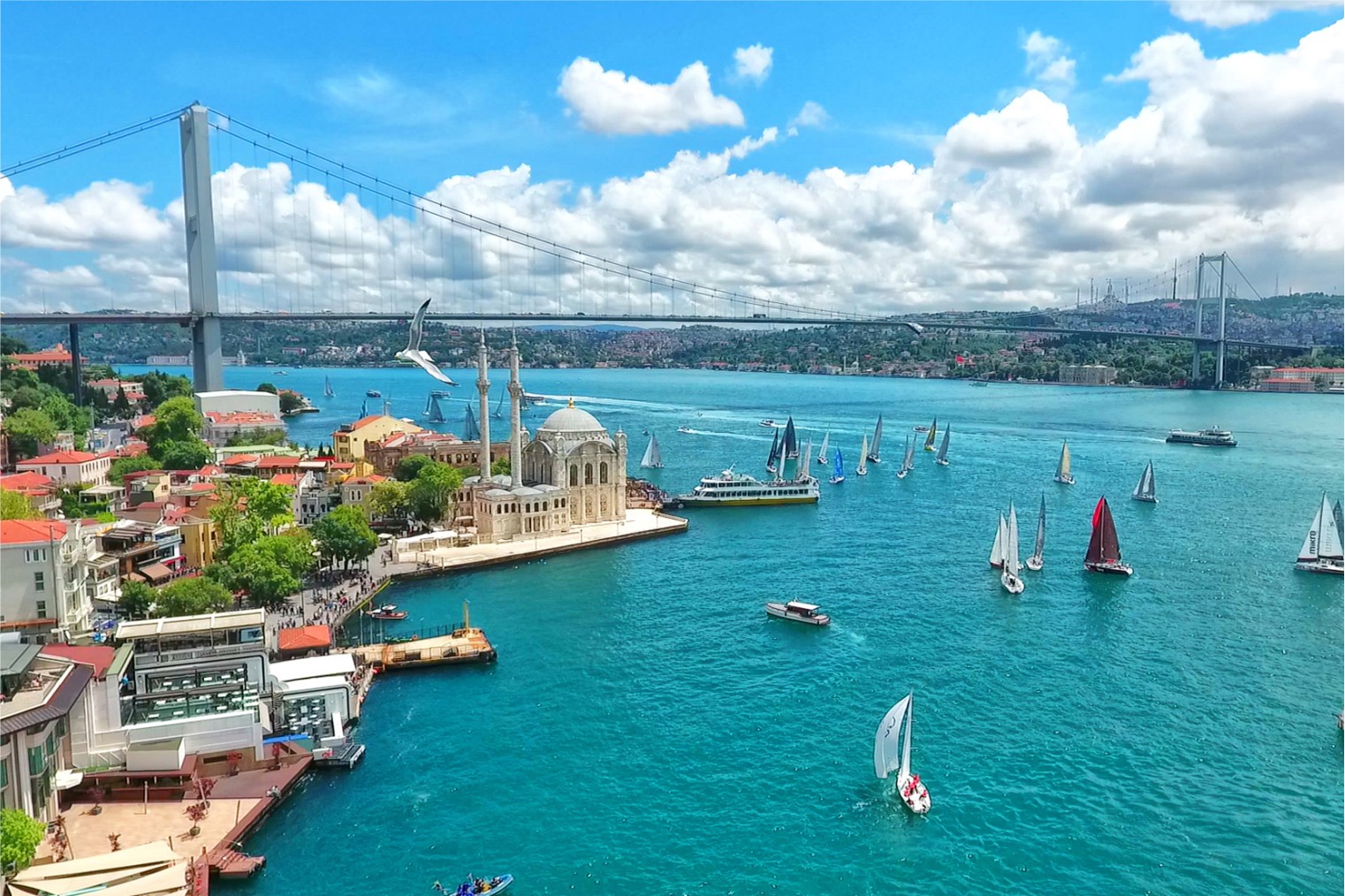 Republic of Turkey is a bi-continental country: while geographically most of the country is situated in Asia, Eastern Thrace is part of Europe. Istanbul (+ visit.istanbul, map), which straddles Europe and Asia, is the largest city in the country while *Ankara (map) is the capital.

Beach vacations and *Blue Cruises, particularly for Turkish delights and visitors from Western Europe. Most beach resorts are located along the southwestern and southern coast, called the *Turkish Riviera, especially along the Mediterranean coast near *Antalya (map). Major resort towns include *Bodrum, *Fethiye, *Marmaris, *Kuşadası, *Çeşme, *Didim and *Alanya.

Attractions elsewhere in the country include the sites of *Ephesus (map), *Troy (map), *Pergamon (map), *Pamukkale (map), *Hierapolis (map), *Trabzon (where one of the oldest monasteries is the *Sümela Monastery, map). *Konya (where the poet Rumi had spent most of his life), *Didyma, ancient Pontic capital and king rock tombs with its acropolis in *Amasya (map), religious places in *Mardin (map), and the ruined cities and landscapes of *Cappadocia (map).

*Mount Nemrut (map) — a UNESCO World Heritage site with head statues dedicated to ancient gods on its summit. *Ölüdeniz (map) — incomparable postcard beauty of the “Blue Lagoon”, perhaps the most famous beach of Turkey which you will see on any tourism brochure.

Trail blazing is on the rise in Turkey lately and nowadays all Turkish regions have waymarked hiking trails of various lengths and shapes. The website of the Culture Routes Society maintains an up-to-date list of the major hiking trails in the country.