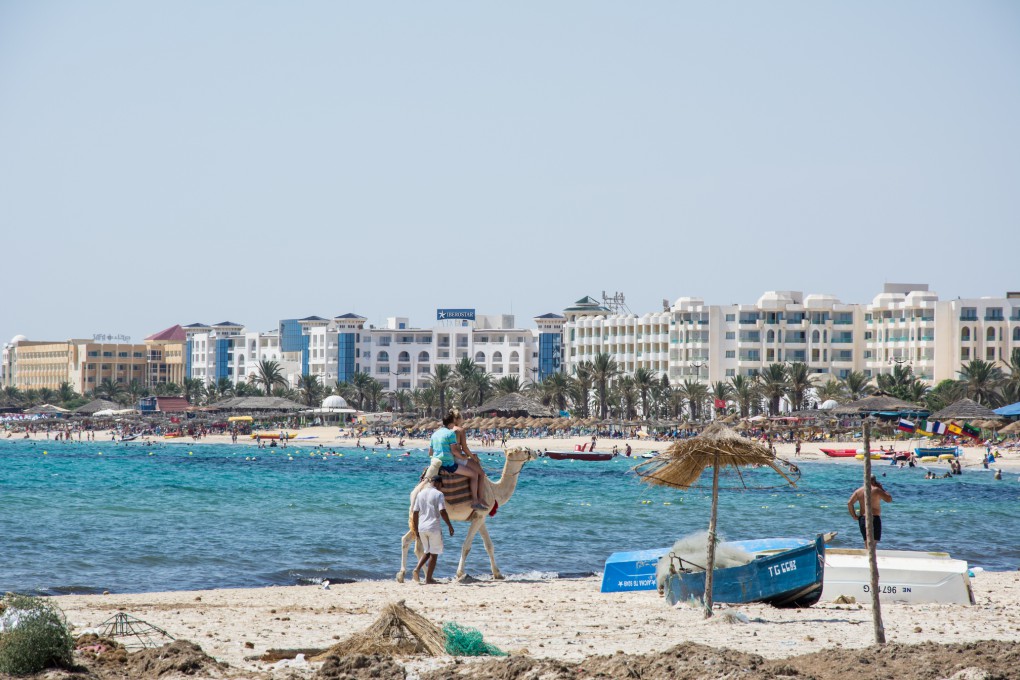 Republic of Tunisia is a country in the Maghreb region of North Africa. Tunisia’s name is derived from its capital city, *Tunis. Before Tunisia, the territory’s name was Ifriqiya or Africa, which gave the present-day name of the continent Africa.

Tunisia has a rich cultural history, ever since antiquity. The Carthaginian Empire, Rome’s arch enemy, was centred in Tunisia. Its capital, Carthage, is now a suburb of Tunis.

Among Tunisia’s tourist attractions are its cosmopolitan capital city of Tunis, the ancient ruins of *Carthage (map), the Muslim and Jewish quarters of *Djerba, and coastal resorts outside *Monastir. *Bizerte (map) is one of the oldest known settlements in Tunisia. *Sfax (map) — historic town with a great old kasbah; also access to the Kerkennah Islands (map).

Discover • Sahara • On the beach

The religious city of *Kairouan (map), the former capital of the country, the fourth capital of Islam and the city of the oldest mosque in Africa *Great Mosque of Kairouan. *El Jem (map) — one of the best preserved Roman amphitheaters in the world.

The Sahara and the touristic and relaxing cities of *Douz (map), *Tozeur (map) and the famous *Tataouine (map), one of the locations of the Star Wars Saga.

Theft of belongings, even from hotel rooms and room safes, is widely reported and the usual caveats apply – keep valuables in a secure place.

Frequently, your waiter will claim to have calculated your total amount due in their heads and this will always be more than you actually owe. Also, check prices on menus before ordering.

The national train company SNCFT runs modern and comfortable trains from Tunis south to Sousse, Sfax and Monastir. Trains go also to Tozeur and Gabes in the south where it is easy to access the Sahara and Ksour regions respectively.

Locals use louage or long-haul shared taxis where there is no train or bus. There are no timetables, but they wait in the louage station (which is generally near a train station if your destination is accessible by train) until 8 people turn up.