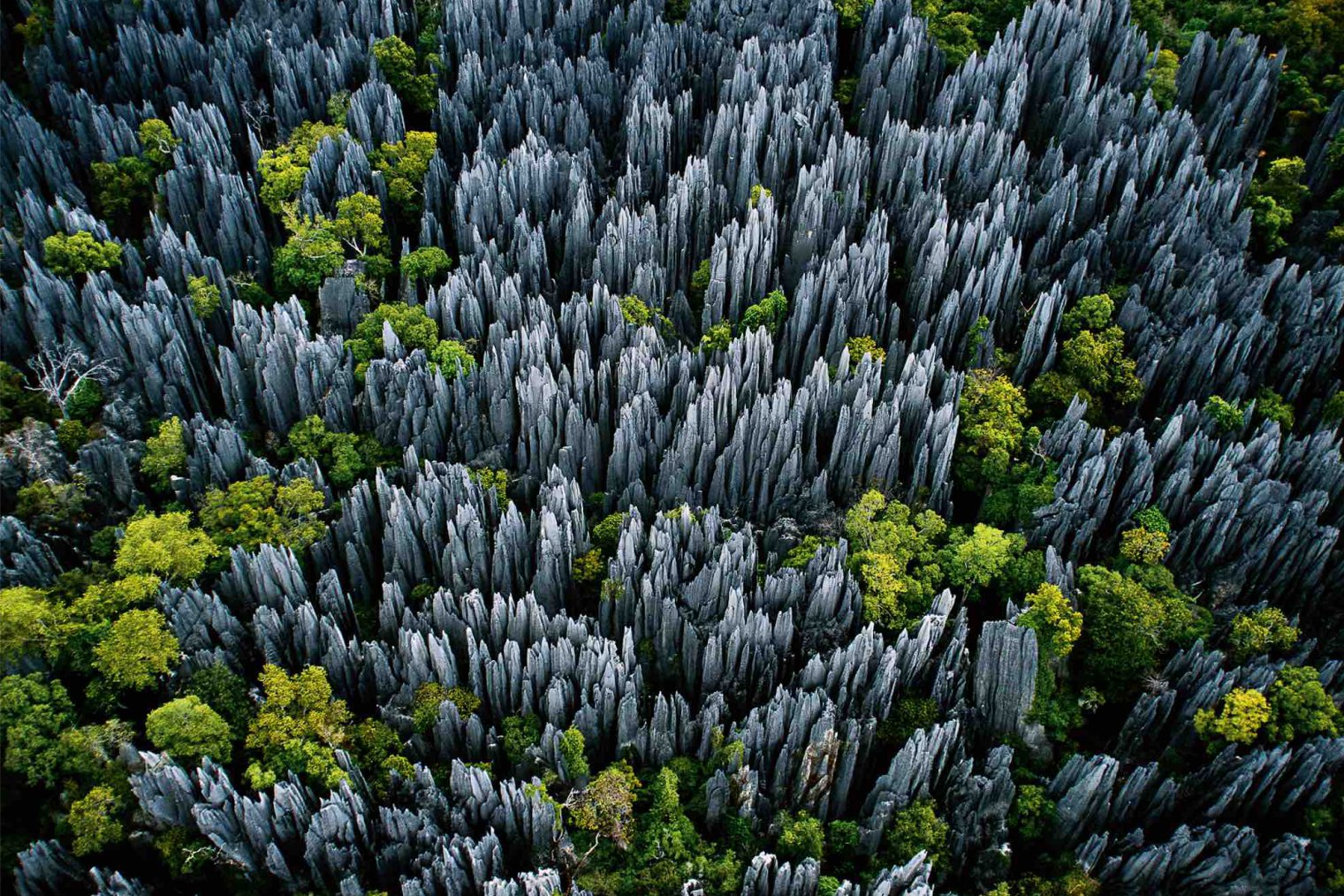 Mahajanga is home to impressive wetlands and some hidden resorts that can be reached only by private plane or boat.

The word tsingy is indigenous to the Malagasy language as a description of the karst badlands of Madagascar. The word can be translated into English as where one cannot walk barefoot.

Geographically, Madagascar split from India approximately 88 million years ago, and as a result of its long isolation it is home to a massive number of unique plant and animal species, with over 90% of its wildlife and 80% of its plants found nowhere else on the planet. Due to its uniqueness some ecologists refer to it as the “eighth continent”.

The fascinating raised limestone plateau is decorated with a frail, chaotic razor-sharp collection of pinnacles, the “Tsingy”, also called the Labyrinth of Stone. Areas of deciduous forest also provide the chance to see brown lemurs, a variety of bird life and the rare all white Decken’s sifaka.

The great variety of flora includes: aloes, orchids, numerous pachypodium and baobabs. The deciduous forest is home to over 50 species of birds; 7 species of lemurs (including the all-white Deckens sifaka) and the rare stump-tailed chameleon (Brookesia perarmata).

The site of Bemaraha is managed under special UNESCO and access is restricted and the areas you are allowed to visit vary from time to time. Located approximately 180 km north of Morondava (map).

Avenue of the Baobabs (map) is an extraordinary stand of huge baobab trees, 45 minutes north of Morondava on Madagascar’s west coast. It is one of the most visited sites in the Menabe Region.

A candidate as one of the 7 Wonders of Africa; efforts are underway to protect this unique grove of more than a dozen trees. Some of the trees, Adansonia grandidieri, are over 800 years old and reach a height of more than 30 metres. A photographer’s paradise, and especially beautiful at sunset.