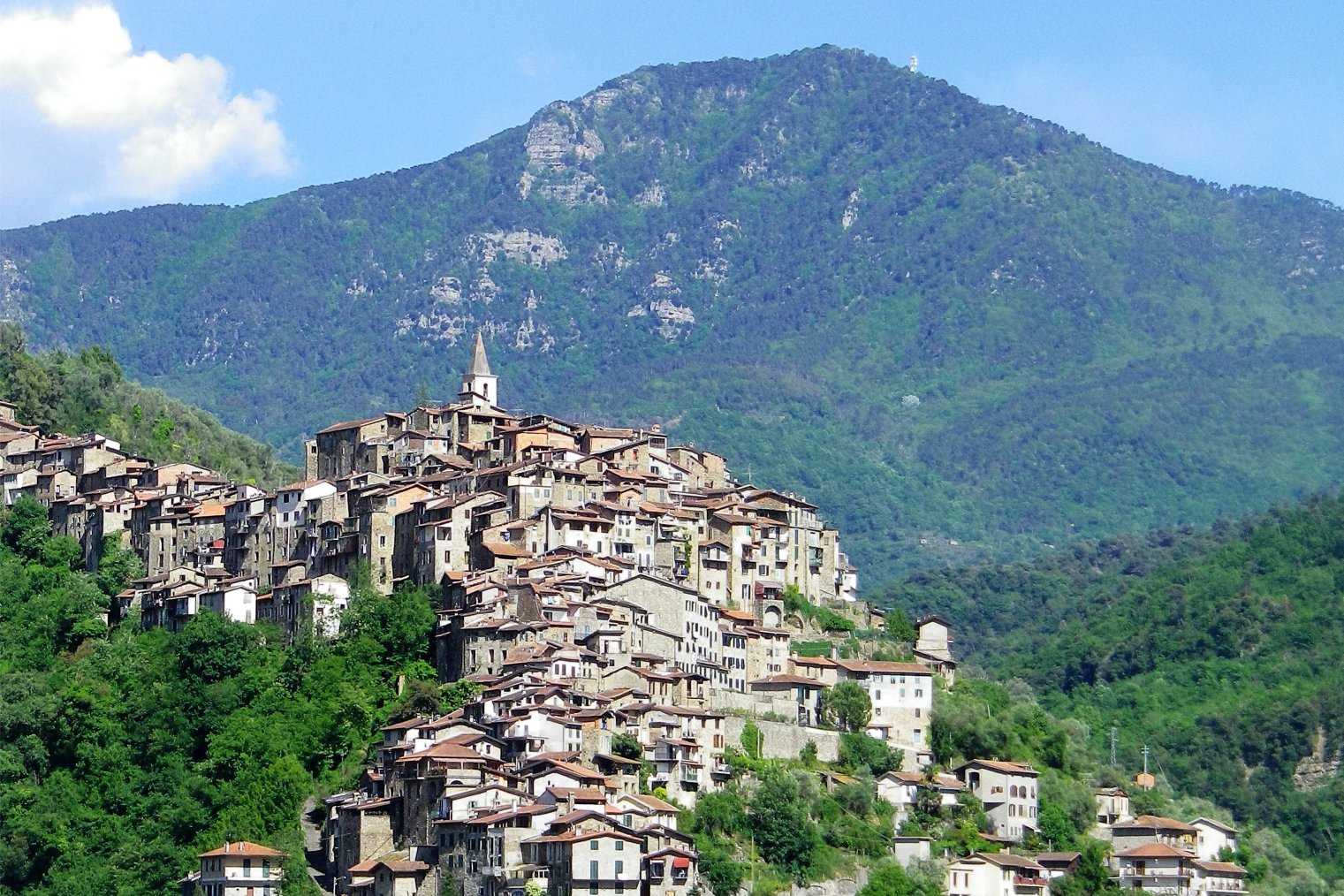 Triora (map) is a comune in the Italian region Liguria, located about 100 kilometres (62 mi) southwest of Genoa and about 25 kilometres (16 mi) northwest of Imperia (map), on the border with France.

The town is an elite member of I Borghi più belli d’Italia (wiki), a list of the top 100 most beautiful medieval citadels in Italy. It also has been awarded a Touring Club Italiano Bandiera arancione, a similarly prestigious achievement recognizing the best places for tourists to enjoy.

Triora was the site of the last *witch trials held in Italy, during the Renaissance. In 1588 there was a famine in the region, which the Inquisition blamed on many of the local women. Hundreds of the women were then denounced as witches, many of them tortured, and more than 10 of them burned at the stake.

As such it has been selected as the location of a series of folklore- and horror-themed events and festivals in recent years. It has three annual festivals: a summer witchcraft festival, in August; and two autumn celebrations: the mushroom festival in September; and Halloween, at the end of October.

Triora is about 15 miles north of San Remo, along a road that passes through very picturersque scenery. Most visitors come here as a trip from San Remo.