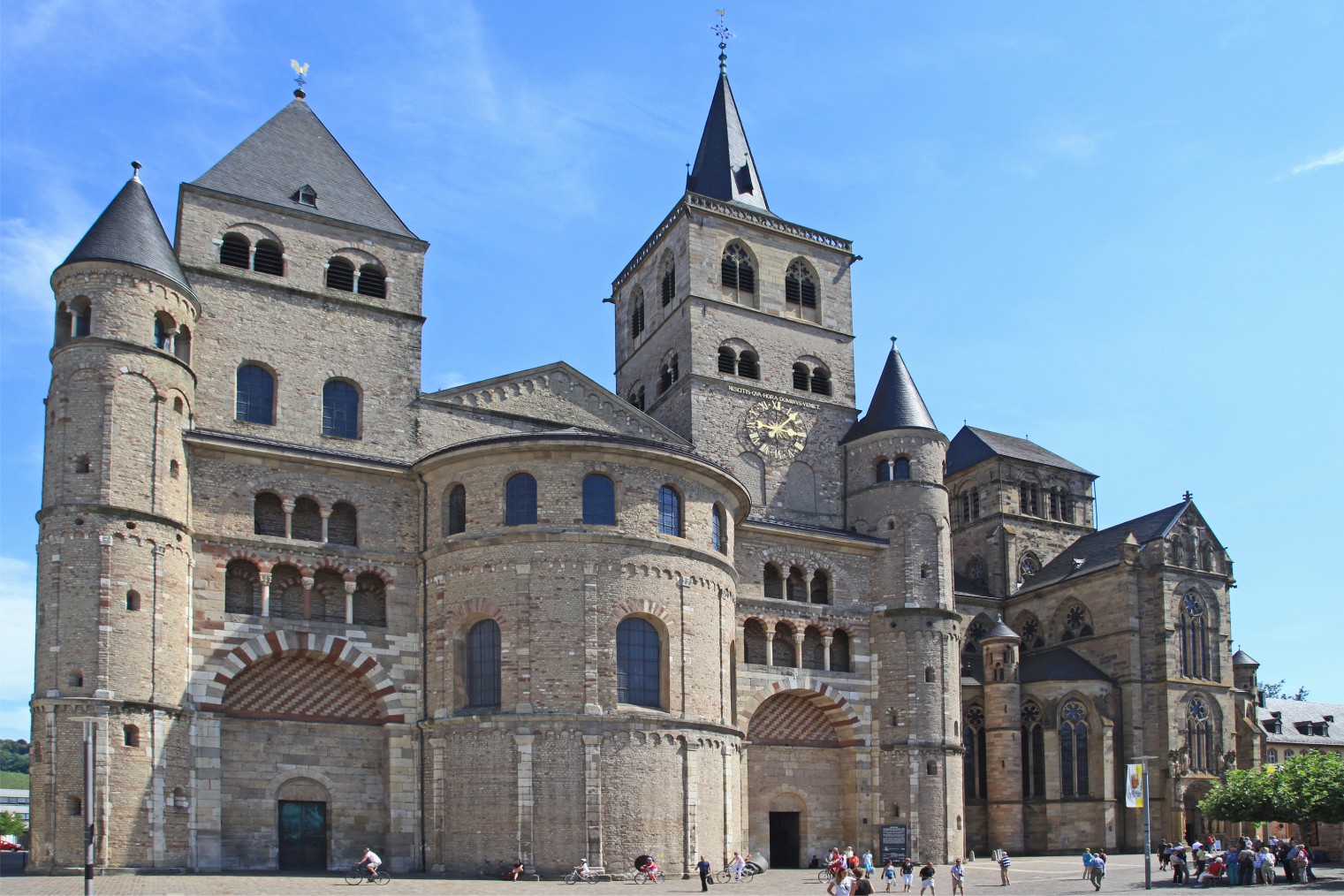 Trier (map) formerly known in English as Treves. It lies in a valley between low vine-covered hills of red sandstone in the west of the state of Rhineland-Palatinate, near the border with Luxembourg and within the important Moselle wine region.

Founded by the Celts in the late 4th century BC as Treuorum and conquered 300 years later by the Romans, who renamed it Augusta Treverorum (“The City of Augustus among the Treveri”), Trier is considered Germany’s oldest city.

Trier Saint Peter’s Cathedral (map), a Catholic church that dates back to Roman times; its Romanesque west facade with an extra apse and four towers is imposing and has been copied repeatedly; the Cathedral is home to the Holy Tunic, a garment said to be the robe Jesus was wearing when he died, as well as many other relics and reliquaries in the *Cathedral Treasury.

St. Matthias’ Abbey (Abtei St. Matthias, map), a still-in-use monastery in whose medieval church the only apostle north of the Alps is held to be buried.

Ethnological and open-air museum Roscheider Hof (map), a museum in the neighbouring town of Konz, right at the city limits of Trier, which shows the history of rural culture in the northwest Rhineland Palatinate and in the area where Germany, Luxembourg and Lorraine meet.

Weinkulturpfad (map). A simple walk over the hill through vineyards, with a few spots explaining the process. Follow the signposted road up the hill next to the amphitheatre, then turn off to walk through the vines and get great views over the valley of Olewig.