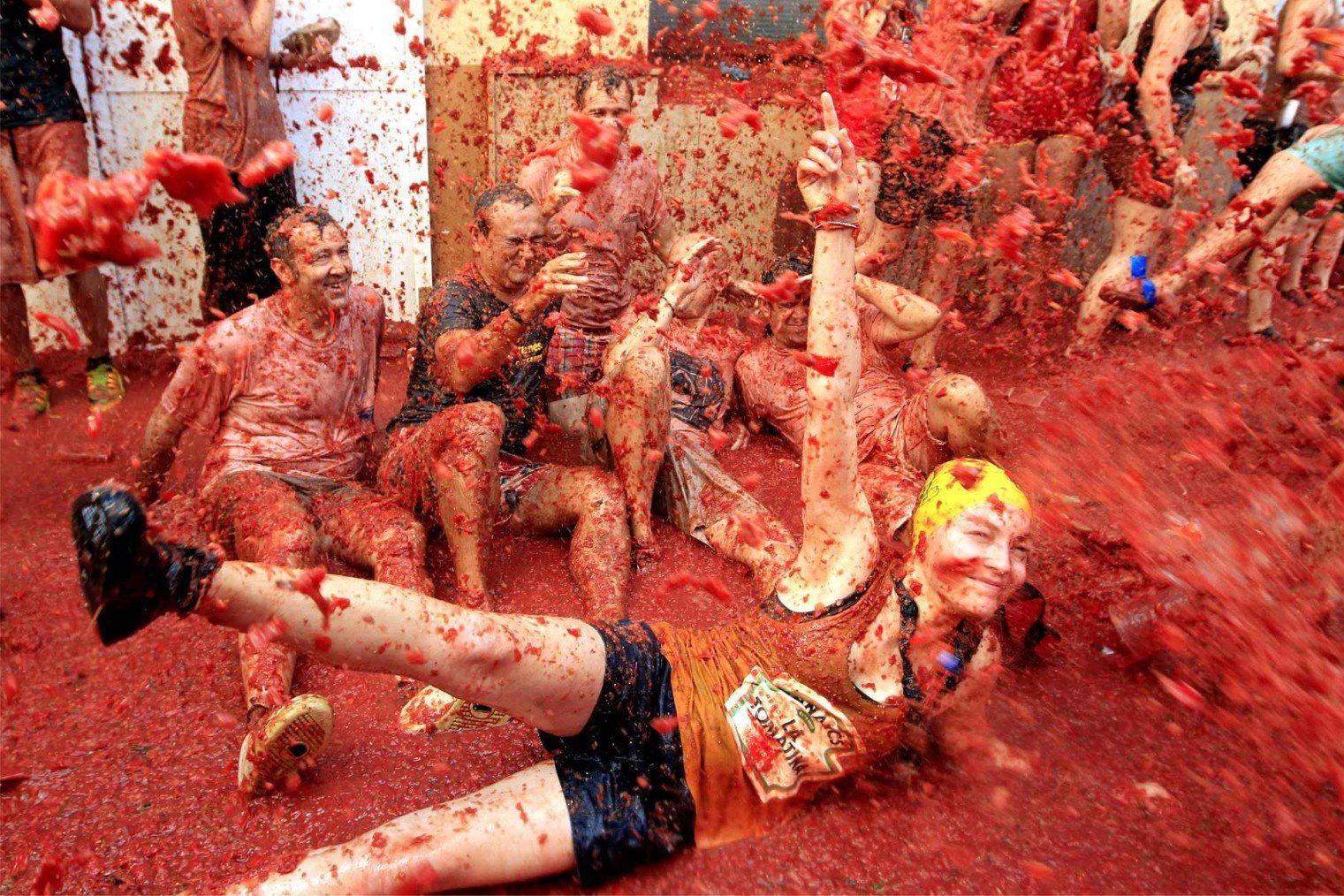 La Tomatina is a festival that is held in Buñol (map), in the East of Spain 30 km (19 mi) from the Mediterranean and is situated approximately 38 km west of the provincial and autonomous community capital city, Valencia.

It is believed to have begun in 1945, when some youths threw tomatoes at town authorities in retaliation for being denied permission to participate in a parade. The incident was repeated for several years until 1950, when after an attempt by Franco government to halt the practice, most of the townspeople began participating and it became a regular event.

As a means of crowd control the town has begun selling tickets to the event, which much be purchased in advance online. The Tomatina lasts only one hour, from noon until 13:00

At around 11am many trucks haul the bounty of tomatoes into the centre of the town, Plaza del Pueblo (map). Do not miss the Palojabon – a greased pole with a Spanish ham at the top. Whoever can climb the pole and get the ham can keep it!

The Rules of La Tomatina

From Barcelona you can either make your way to Valencia the day before by train (journey time 3.5 hours, tickets 25-50 euros each way – book via Renfe) or by bus (4.5 hours around 20 euros) and stay the night there, before making your way to Bunol the next day.

The public transport in the city is mostly managed by Transports Metropolitans de Barcelona (TMB) + a separate site dedicated for tourists > holabarcelona.com.