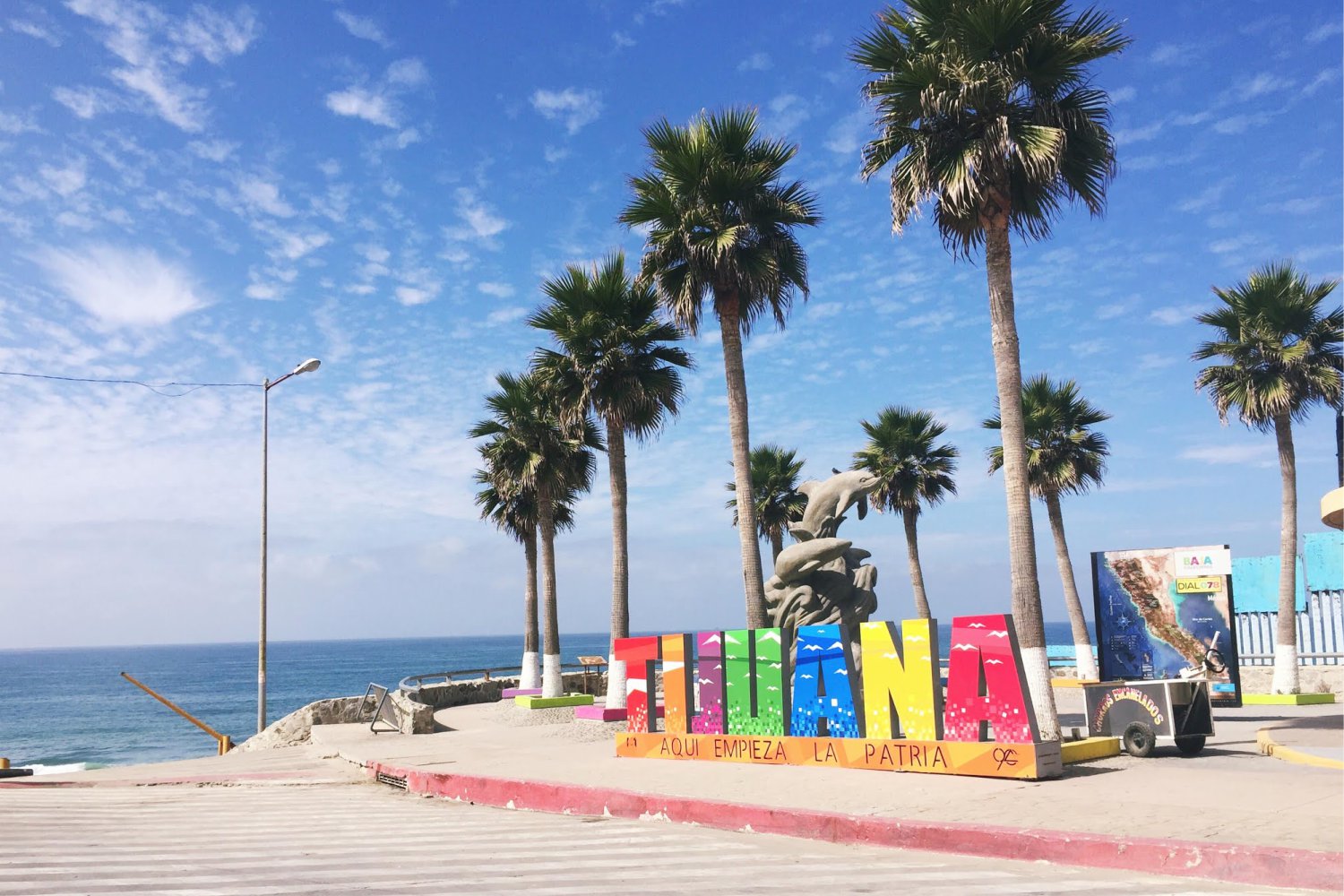 Multicultural, young, irreverent, borderline, innovative and creative, the city of Tijuana (map) fits all these adjectives, while it does not stop evolving. Just across the border from San Diego, California, USA.

Most tourists enter Tijuana through the border crossing at San Ysidro (map) in California, which is reportedly the busiest border crossing in the world. The crossing can be made by car, bus, or on foot.

Avenida Revolución (map) is perhaps the backbone of tourist activity and the place where a good part of Tijuana’s life happens. Tijuana is on the ocean, but is not known for its beaches, for boating, or as a seaside resort. However, it is in cabbing distance of *Playas de Rosarito (map).

Downtown Tijuana (map) is referred to as the Zona Centro. It includes Revolucion Avenue (map), which is the main tourist drag. For about 8 blocks, Revolucion is lined with shops, bars, and restaurants, many aimed at tourists. This is what most day-trippers to Tijuana experience, and it should go without saying that Revolucion is not representative of Tijuana and certainly not of Mexico.

The Zona Rio (map) is a fashionable middle class Tijuana neighborhood known for its shopping, night clubs, and restaurants. A visit to the Zona Río presents a sharp, mostly favorable, contrast to the touristy Zona Centro. Destinations include the Mercado Hidalgo (map), a large open farmer’s market, the Plaza Río (map), a popular shopping mall, and countless restaurants, many of them with excellent reputations.

Playas de Tijuana (map) is the beach neighborhood of Tijuana. It includes the Bullring by the Sea, and some decent restaurants, but is mostly residential. The beaches are considered inferior to nearby Rosarito and are not a big attraction.

Tijuana’s Zona Norte (map) is adjacent to the tourist zone in the Zona Centro, to the north, and just south of the border. This zone is primarily residential and also includes the local red light district. Prostitution is legal in this zone and very visible.

How to get to (tijuana.travel)

mexicoautobuses.com • ClickBus. If traveling by bus, be sure to take the express (first class) buses (directo, sin escalas, primera clase), if available. First class buses travel over longer distances between cities use toll freeways where available. Other buses such as the second class (economico, ordinario, local) buses may be very similar to first class only they travel along secondary highways through cities, towns and villages and stop anywhere along the road on request.