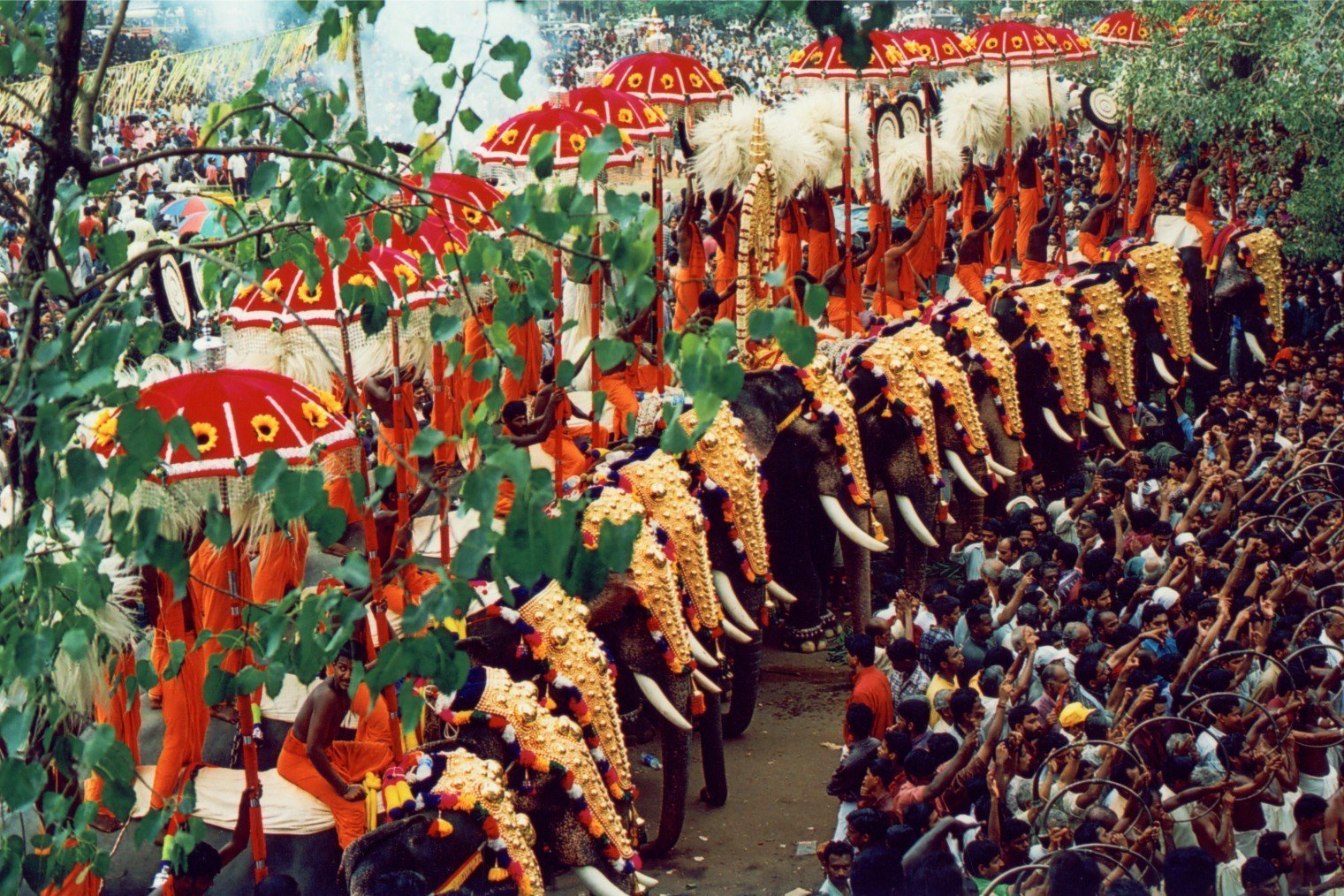 The Thrissur Pooram is an annual temple festival (April–May) held in *Thrissur, *Kerala.  It is held at the Vadakkunnathan (Shiva) Temple (map). It is the largest and most famous of all poorams in India.

The pooram has a good collection of elephants (more than 50) decorated with nettipattam (decorative golden headdress), strikingly crafted Kolam, decorative bells, and ornaments.

Another notable feature of the pooram is its secular nature. All religious communities actively participate and play prominent roles in the festival. While most of the pandal works are crafted by the Muslim community, materials for the umbrellas for Kudamattom are offered by the churches and their members.

*Thrissur (map) is one of the oldest cities in Kerala. It is known as the cultural capital of Kerala, with numerous cultural institutions, art centers, museums, etc.

Thrissur pooram main fireworks are well renowned all over the country. This amazing display of fireworks is held in the heart of Thrissur city, in Thekkinkadu Maidan (map).

The main fireworks begin in the early morning of the seventh day. There are four major firework displays in Thrissur Pooram: the ‘sample fireworks’ on the day before the Pooram, the colorful sparklers that light up the sky (amittu) by both sides on the Pooram evening after the Southward Descent, the most impressive event that mark the peak of Pooram celebrations in the early morning hours, and the final fireworks the following noon after the goddesses bid farewell to each other that mark the end of the pooram.

The Oscar-winning sound editor Resul Pookutty and his team recorded the sounds of the 36-hour festivities and made a movie Oru Kadhai Sollatuma (The Sound Story, wiki).