City of The Hague 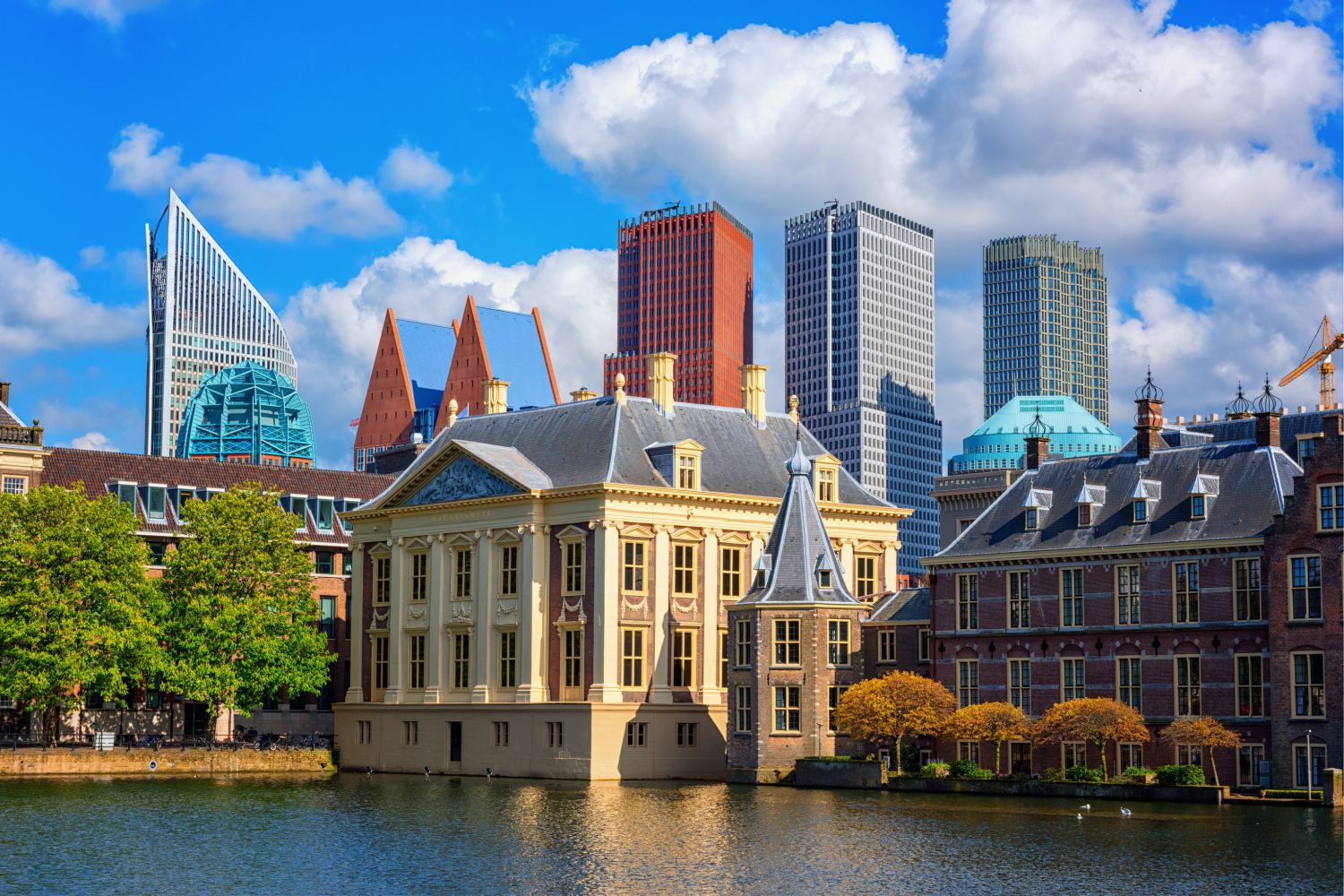 The Hague (map) is a city in the province of *South Holland. It is the seat of the Dutch parliament and government, and the residence of King Willem-Alexander. It is not the capital city, which is Amsterdam.

Instead of the typical Dutch renaissance 17th-century step-gabled houses, it has 18th-century mansions in baroque and classicist styles. The city is considered by many as the most stately of the country.

Internationally, The Hague is often known as the “judicial capital of the world” due to the many international courts that are located in the city. The Hague lies on the North Sea and is home to *Scheveningen (map), the most popular seaside resort in the Netherlands.

Highlights of The Hague • Tips for you

The heart of the city contains most of the historic architecture from the medieval, renaissance, and Baroque periods and is easily accessible on foot.

Plein (map) is one of the most elegant in the centre. Located right next to the Binnenhof (castle built in the 13th century as residence of the count of Holland, map), it is lined with historic government buildings on three of its four sides.

The north side is lined with bars and cafés, which spill out onto the square in summer. These sidewalk cafés are quite popular with politicians from the neighbouring Binnenhof, and even Prime Minister Mark Rutte can be spotted here with a pint regularly.

Paleis Noordeinde (map). This is the royal palace that King Willem-Alexander uses as his office. While the inside is not open to the public, the 17th-century façade can be seen from Noordeinde street, which also has a large number of art galleries. The gardens on the opposite side of the palace are accessible to the public for walking.

Vredespaleis (map). The Peace Palace was built in 1913, to house the Permanent Court of Arbitration, which was hoped to provide a means to legally settle international disputes.

Madurodam (map). This miniature city contains a selection of Dutch architecture, ranging from Amsterdam’s canals and church spires from Utrecht and Den Bosch, to modern architecture from Rotterdam and the enormous Delta works that protect the country from the sea. Madurodam also has an airport, a seaport, beaches, and little cars, trams and trains running through the entire town. A great attraction for kids (but a tourist trap for adults). Madurodam is open year round.

Despite its size and international prominence, The Hague has few hotels. Most of them are geared towards business guests, although there is a fair selection across price ranges. As the Randstad is very well connected with frequent train services, trams and buses, you may also consider accommodation in the neighbouring cities.

RAIL >   Visitors are most likely to use Centraal Station (map), as it is closer to the centre, tourist attractions and shopping. It also has the best local public transport links via tram and bus, and is also safer at night than Hollands Spoor (map), which is in a somewhat sketchy area of town.