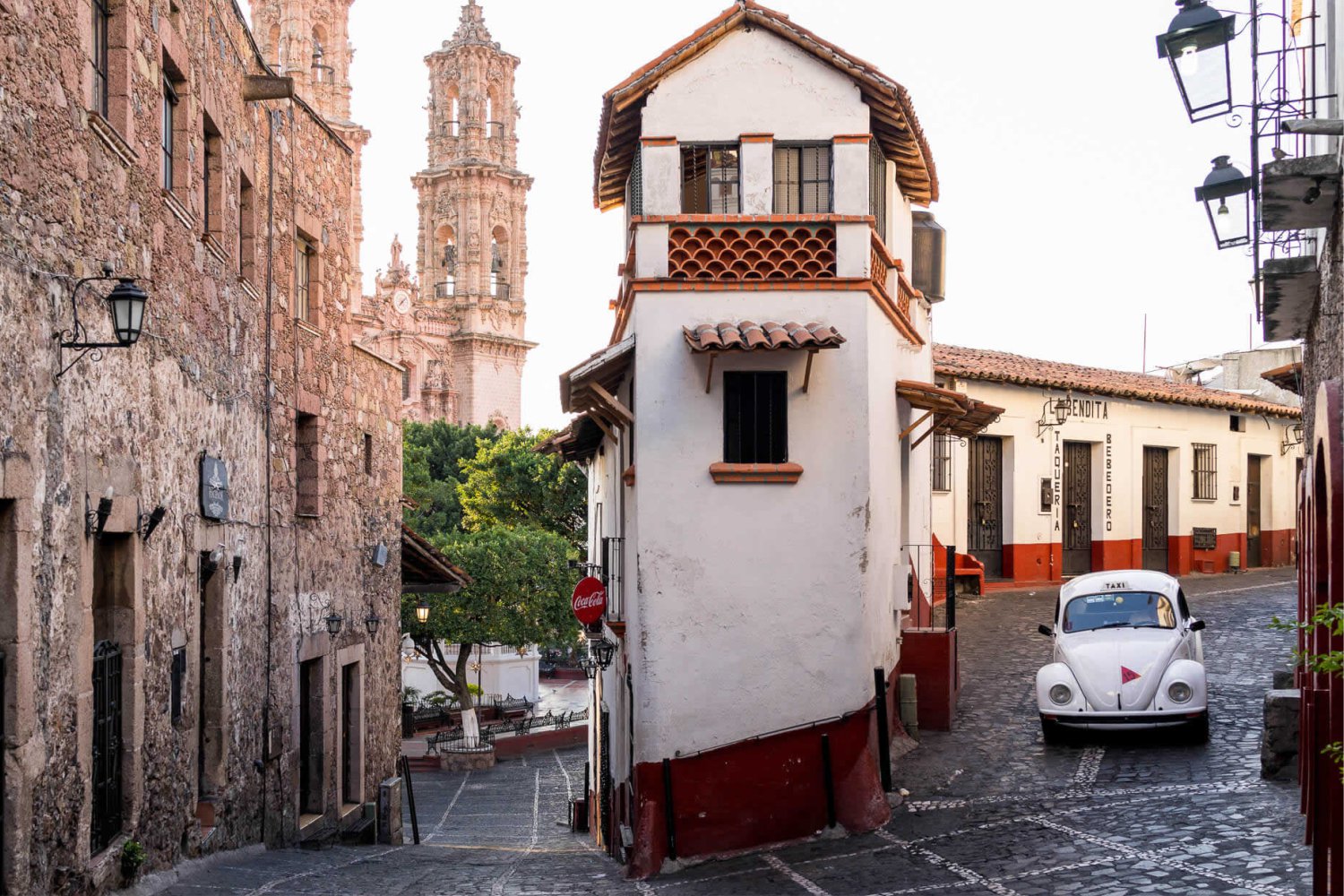 Taxco de Alarcón (map); usually referred to as simply Taxco is located in the north-central part of the state, 170 kilometres (106 miles) southwest of Mexico City.

When you are in the Historical Center of Taxco, you will have many options to visit, sightsee and learn. This town was declared a National Heritage Site for its historical monuments.

One of the most visited sites in Taxco is the Cathedral of Santa Prisca (map), a Baroque-style Catholic enclosure, built by the mining businessman José de la Borda more than 250 years ago and which serves as a point of reference for travelers and locals.

The city of Taxco lies on very rugged terrain and has steep, irregular streets. The streets are also narrow and generally lack sidewalks, making them picturesque but dangerous.

Streets in the town are filled with silvershops selling jewelry, silverware and other goods. The city has been named one of Mexico’s “Pueblos Mágicos” (Magical Towns) due to the quality of the silverwork, the colonial constructions and the surrounding scenery.

The town’s main plaza, officially called Plaza Borda (map) after José de la Borda, is commonly referred to as the Zócalo. On the north side of this plaza is the Casa Borda (Borda House, map), the most important non-religious construction in the city.

Near the main plaza are two museums: the *William Spratling Museum (map), which contains silver and archeological pieces from Spratling’s personal collection, and the Museum of Viceregal Art (map).

Lovers of sunny and hot days will enjoy visiting Taxco from March to July, on the other hand if you are looking for a cooler weather we recommend traveling from November to January.