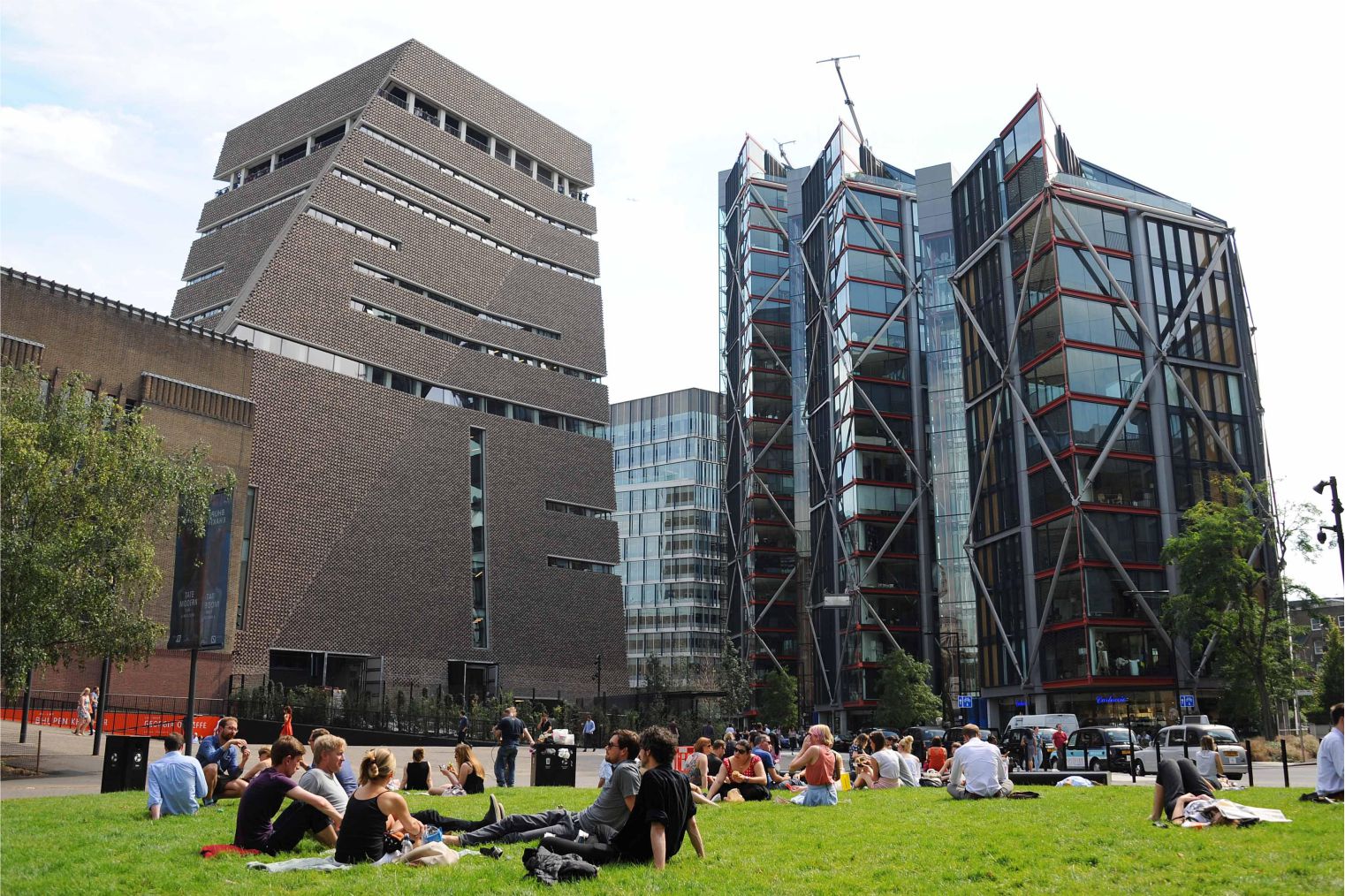 Tate Modern is one of the most visited galleries of modern and contemporary art in the world, surpassing New York’s MoMA and the Reina Sofia Museum in Madrid.

The closest station is Blackfriars  (map) via its new south entrance. Other nearby stations include Southwark, as well as St Paul’s and Mansion House north of the river which can be reached via the Millennium Bridge.

The former Bankside Power Station was selected as the new gallery site in 1994. The following year, Swiss architects Herzog & De Meuron were appointed to convert the building into a gallery. That their proposal retained much of the original character of the building was a key factor in this decision.

The Turbine hall. The vast hall at the heart of Tate Modern is probably the best-known space in the gallery. 35 metres high and 152 metres long, you could comfortably teeter seven London buses on top of each other in there.

Though the Turbine hall has recently played host to headline-grabbing artworks, from the hanging sun of Olafur Eliasson’s The Weather Project to Doris Salcedo’s floor-cracking Shibboleth, in the mid twentieth century, it housed huge electricity generators as the main section of the Bankside power station.

When the building was converted into the gallery space we now know, architects Herzog & De Meuron retained many of the original features, from the unfinished brick walls and exposed steel construction beams, to the narrow vertical windows stretching up to the cathedral-high ceiling at each end of the hall.

The Switch House is the new extension to Tate Modern, built on the site of the old switch house of the power station. Right at the top of the pyramid-shaped building is an open viewing terrace. Though no higher than the chimney, it has an unobstructed view down the river Thames and across London, from Canary Wharf to Wembley Stadium. Access is free, just use the dedicated lift from Level 1.