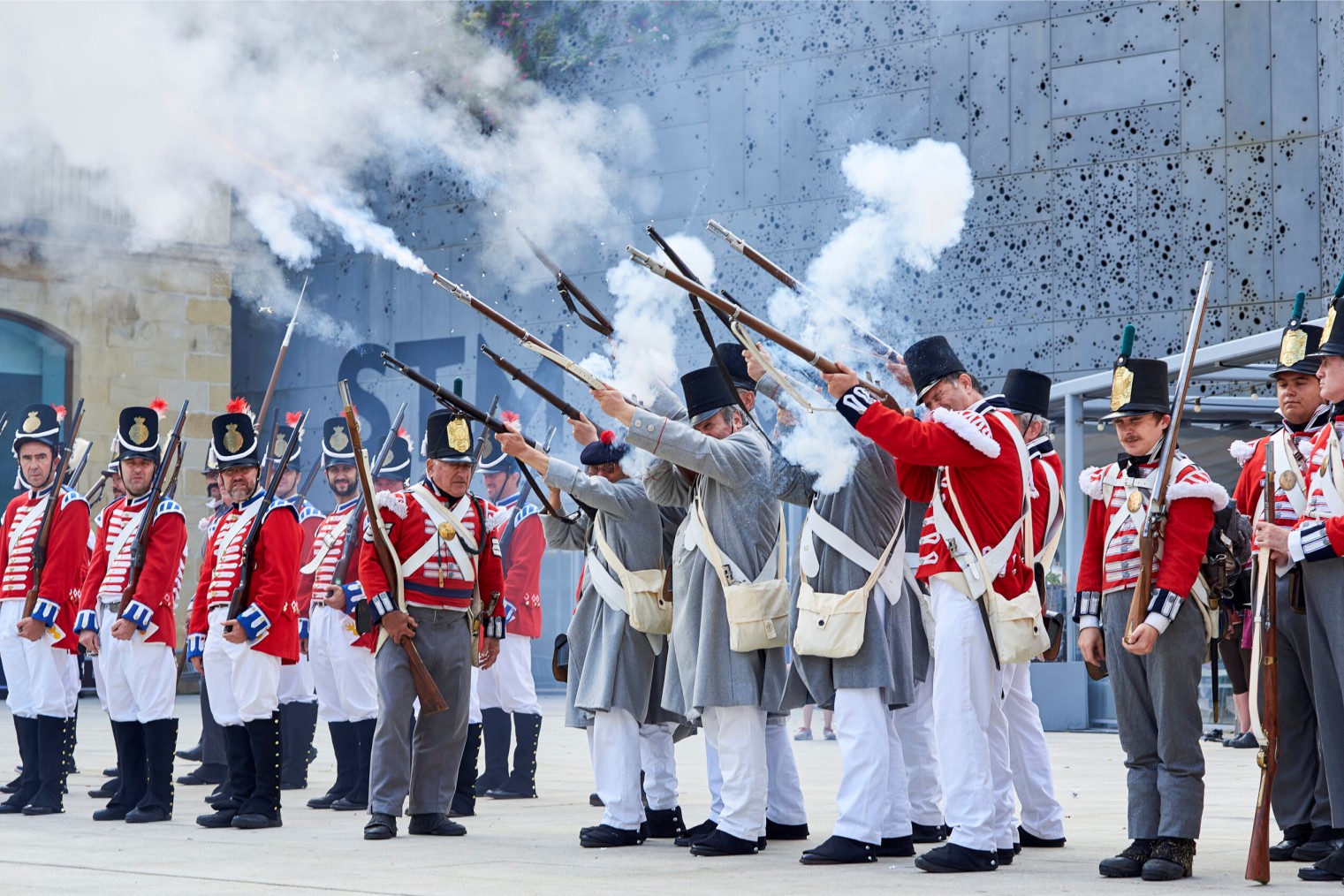 Participants, dressed as cooks and soldiers, march in companies across the city. The celebration ends at midnight, when people congregate at the Konstituzio Plaza and the city flag is simultaneously lowered at various locations.

It is believed the festival’s origins go all the way back to the Napoleonic Wars, when French soldiers took over the city. During each morning, when the local women would go to collect water at the public fountains, the soldiers would parade through the streets banging their drums. This angered the locals, so many began to make fun of them by creating their own drums out of water barrels or pots and pans, and banging them with wooden spoons.

Then in 1836, drumming tradition became part of the Donostia (San Sebastián in Basque) carnival, celebrating the city and its patron saint. The city’s various gastronomic societies or private dining clubs, continued the tradition and kept it alive, leading to the Tamborrada festival we know today.

Around 125 different drumming groups (consisting of between 20-50 drums and 50-100 barrels), accompanied by a brass band and flag bearers, parade through the streets – making it a huge event. In total, over 15,000 people take part over the 24-hour period.

The Basque cuisine is famous within Spain and many believe it is the Basque Country where you can find the best food. Much of this fame comes from San Sebastian and its bars and restaurants. Although tapas (pintxos) were invented in Andalucia they became perfected in San Sebastian and a walk through the old town before lunch time with its many bars shows why.

+ There are two kinds of tapas: cold and hot ones.

+ How to get here (sansebastianturismoa.eus) • Getting around Spain (spain.info)

Culture of the Basque Country (wiki)