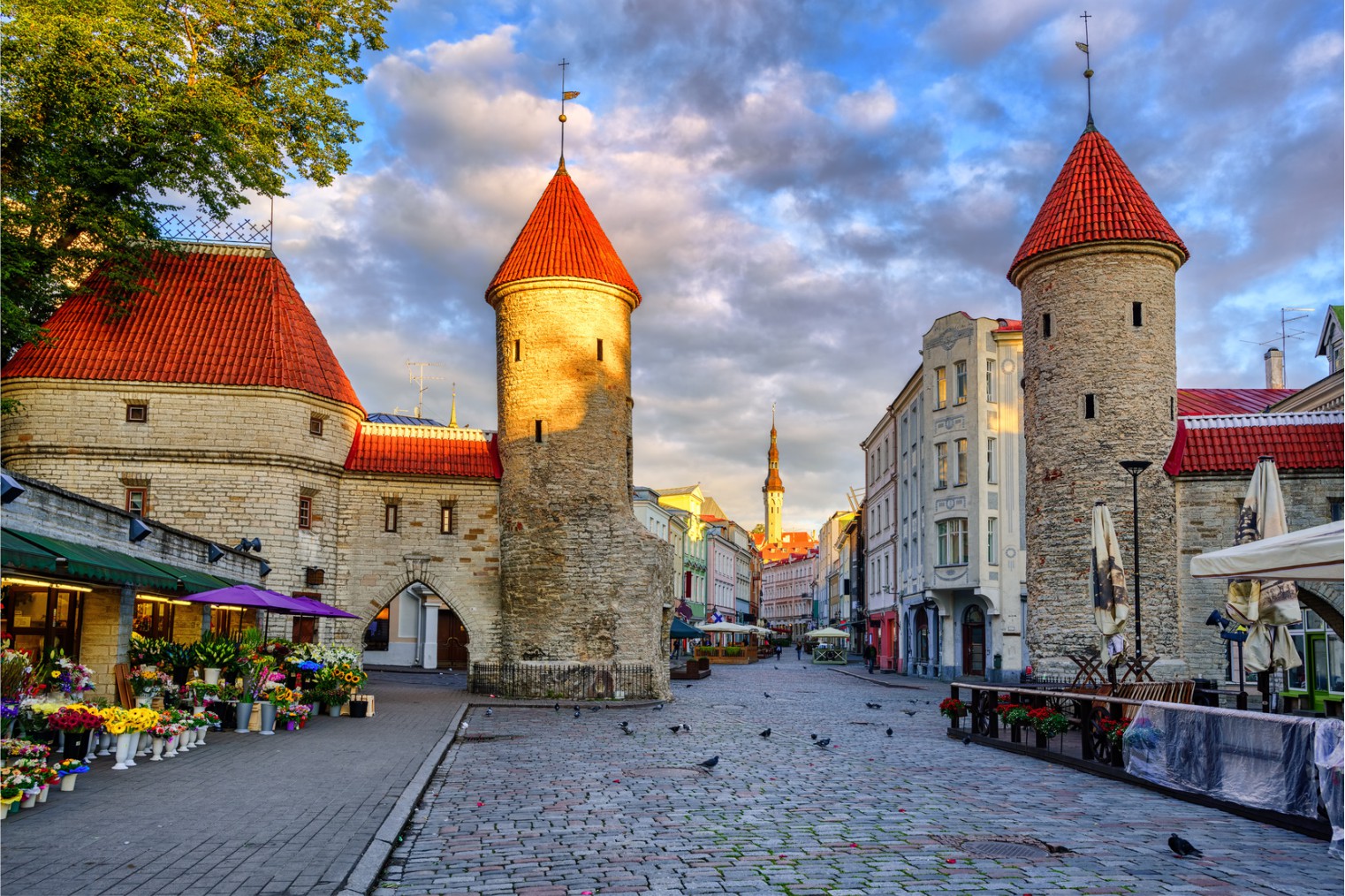 Tallinn (map) is Estonia’s capital and largest city. Tallinn is a historic city dating back to medieval times. The first fortress on Toompea was built around 1050 and Tallinn was possibly first recorded on a world map in 1154.

Tallinn’s Vanalinn (“Old town”, map) is one of the best preserved medieval cities in Europe and is listed as a UNESCO World Heritage Site.

What can arguably be considered to be Tallinn’s main attractions are located in the old town of Tallinn (divided into a “lower town” and Toompea hill) which is easily explored on foot.

The Old Town is best navigated on foot, not that you have much choice. A network of buses, trams and trolleybuses covers the rest of the city.

All-linn – Lower Town. This area is one of the best preserved medieval towns in Europe and the authorities are continuing its rehabilitation. Major sights include the Town Hall square (Raekoja plats, map), the city wall and towers as well as a number of medieval churches, including St Olaf’s (map) and the Church of the Holy Ghost (map), The Catholic Cathedral of St Peter and St Paul (map).

Tallinn is home to more than 60 museums and galleries. Most of them are located in Kesklinn (map), the central district of the city, and cover Tallinn’s rich history.

The most symbolic seafood dish of Tallinn is “Vürtsikilu” – spicy sprats, pickled with a distinctive set of spices including black pepper, allspice and cloves.

The Tallinn Card includes unlimited use of public transport.

BUS >   Frequent buses operate between Tallinn and other cities in Estonia. Domestic bus schedules and prices can be found at Tpilet.ee and Peatus.ee (a good trip planner as well).