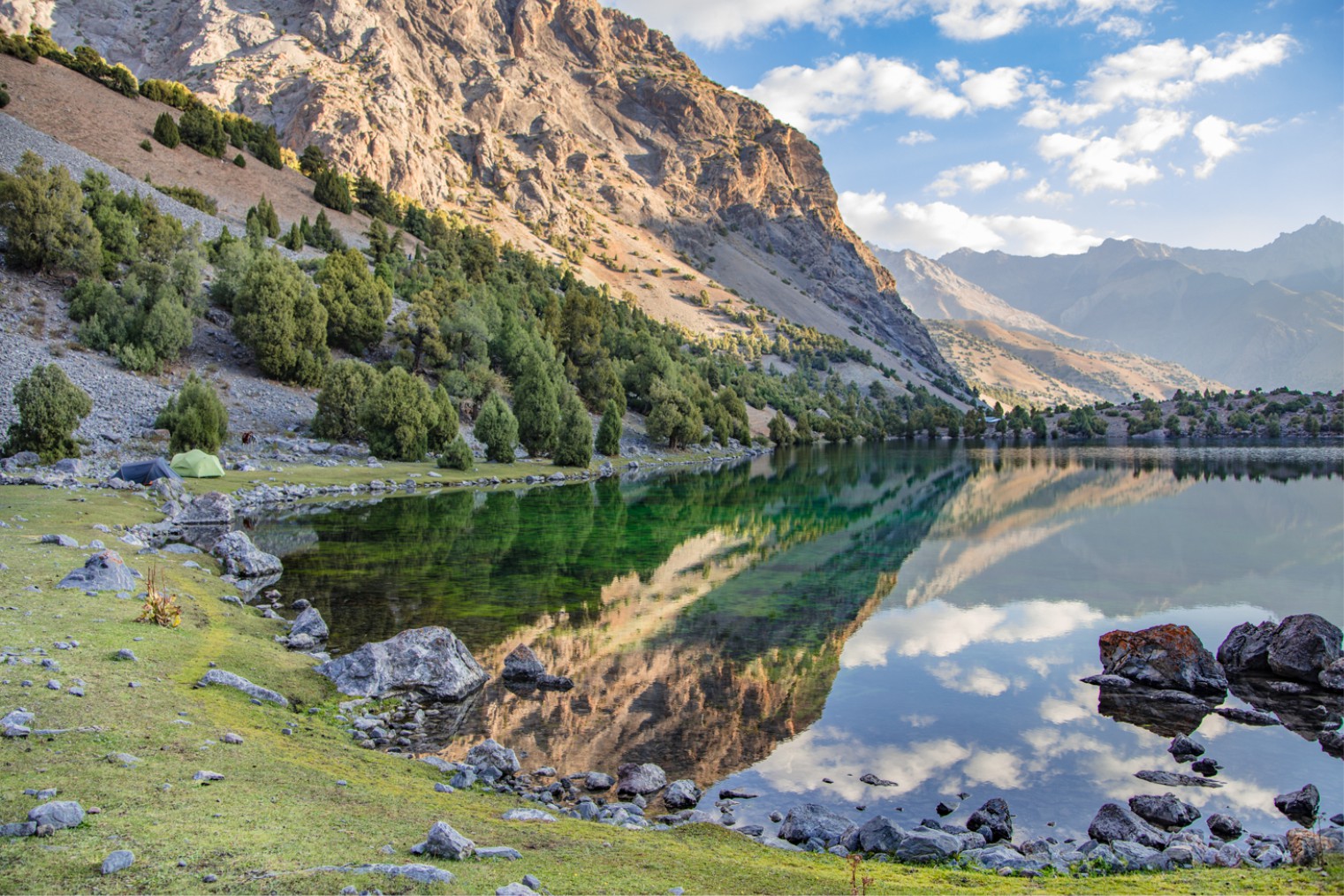 *Isfara (map) — an ancient Silk Road town in the center of the Ferhghana Valley on the Kyrgyzstani border. *Zeravshan (map) valley including the Fan Mountains (map), one of Central Asia’s prime trekking and climbing destinations. *Pamirs (map) – One of the world’s highest mountain regions, with soaring landscapes, trekking, climbing and an incredible drive down the *Pamir Highway.

Scheduled minivans run between the major cities but otherwise hiring a vehicle or sharing one with other passengers is the only way to travel around the country.