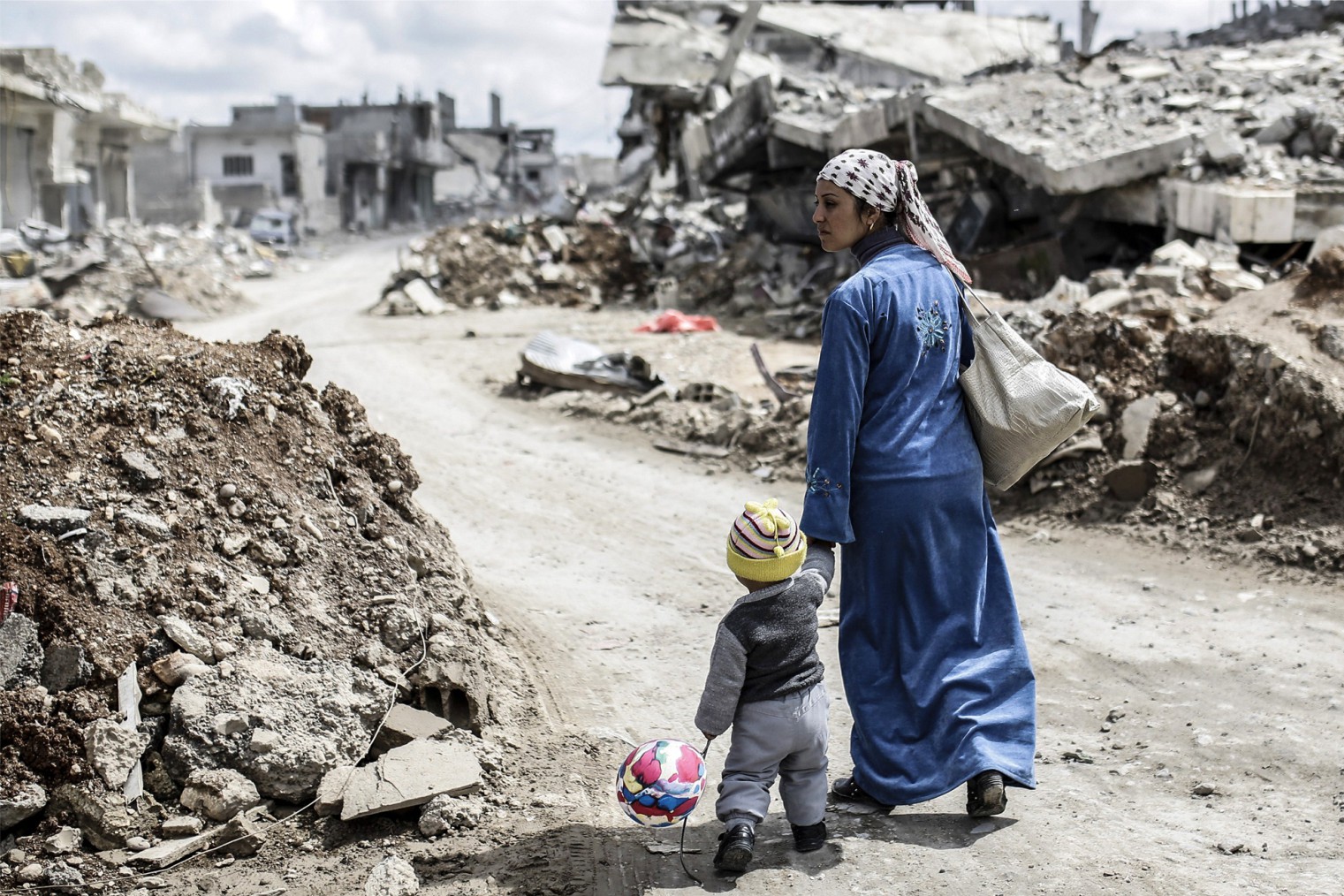 Syrian Arab Republic is one of the larger states of the Middle East. *Damascus, the world’s oldest continuously inhabited city. *Aleppo (map) — a once-great ancient citadel with great views, much of Aleppo has been destroyed by fighting in the Syrian Civil War.

*Apamea / Afamia (map) — a former Roman city that once housed about half a million people. Apamea was hit by an earthquake in the 12th century and much of it was destroyed but it still boasts a long street lined with columns.

*Palmyra (map) — formerly held the once-magnificent ruins of a Roman city, in the middle of the desert. Once considered the main attraction in Syria, the UNESCO-listed heritage site was severely damaged by extremists in 2015. Restoration and de-mining is underway as of 2019.

Many governments advise against all travel to Syria. Some parts of the country are not controlled by the government. Terrorist attacks, kidnapping and fighting between rival armies are common.