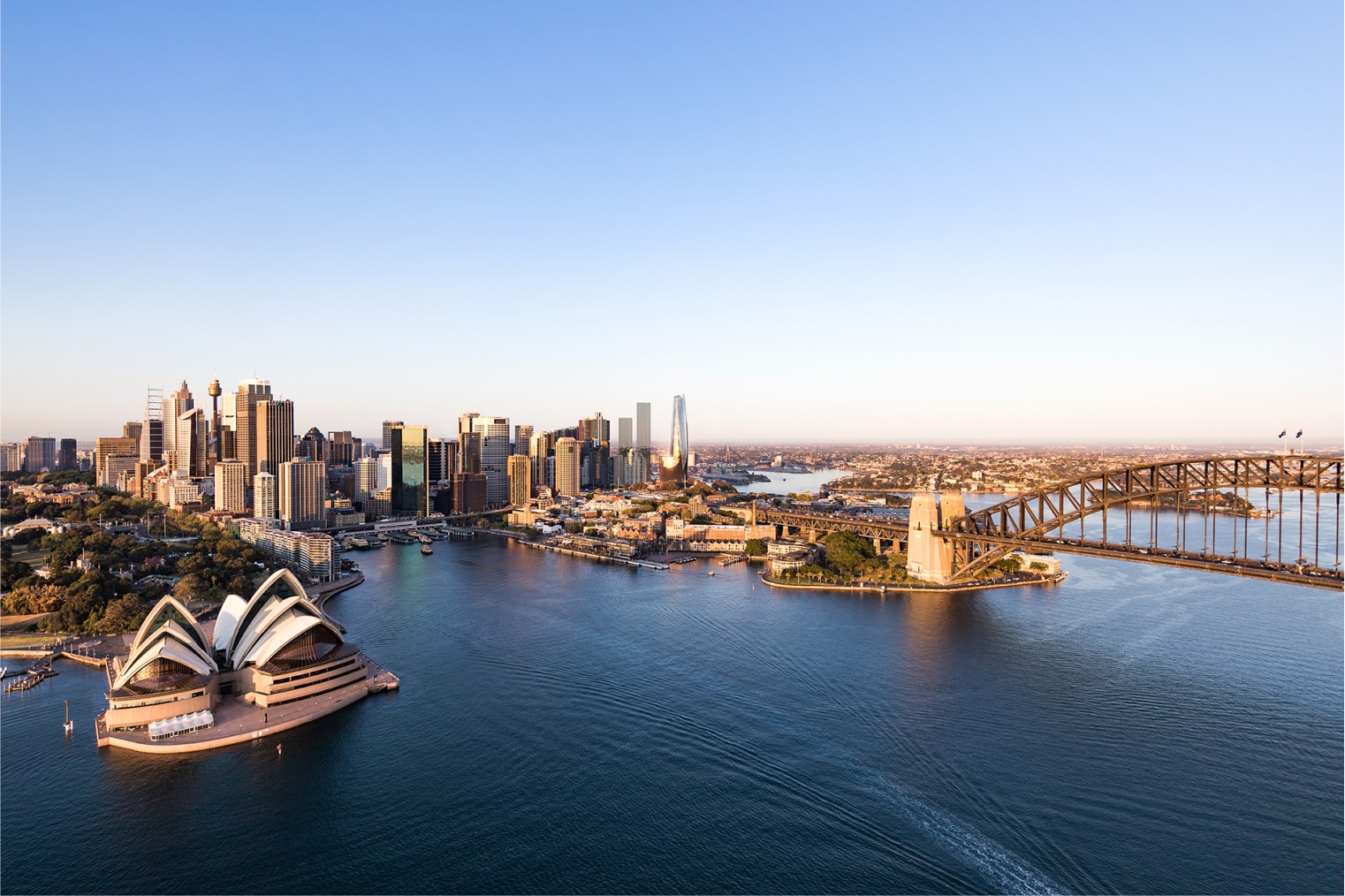 Sydney (map) is the Harbour City, and is the largest, oldest and most cosmopolitan city in Australia with an enviable reputation as one of the world’s most beautiful and liveable cities. Brimming with history, nature, culture, art, fashion, cuisine and design, it is set next to miles of ocean coastline and sandy surf beaches.

Sydney is a gateway to Australia for many international visitors. It lies on the deepest natural harbour in the world and stretches for 140 kilometres. The first meeting between the native people and the British occurred on 29 April 1770 when Lieutenant James Cook landed at Botany Bay (map).

*City Centre (map). Home to the centre of the busy CBD (Central Business District), centre of government and finance but also home to many famous attractions (including the Opera House (map) and the Royal Botanic Gardens (map)), fine restaurants and shopping. Take ferries from Circular Quay (map) to some the Sydney Harbour Islands.

*The Rocks (map) is an inner-city suburb, tourist precinct and historic area of Sydney. It is located on the southern shore of Sydney Harbour adjacent to the city centre, close to where Sydney was first settled in 1788.

The Kings Cross area (map) is infamous in Australia as being a red light district, similar to Kings Cross, London with numerous strip clubs and “girlie” bars along Darlinghurst Road, although the demographics have changed in recent years and gentrification of the area has led to clashes between new and established elements.

Chinatown (map). Officially, Chinatown does not have clearly defined borders, due to its continuous growth. The traditional core of the Haymarket Chinatown has been centred around Dixon Street (map), a pedestrian street mall with many Chinese restaurants, and with a paifang (a traditional Chinese gateway) at each end.

*Sydney Harbour Bridge (map). The dramatic water vista of the bridge together with the nearby Sydney Opera House is an iconic image of both Sydney and Australia.

Watsons Bay (map) sits on the end of the South Head peninsula and takes its name from the sheltered bay and anchorage on its western side, in Port Jackson (map). It provides some of the best views across the harbour to the city of Sydney and the Harbour Bridge. The Gap (map) is an ocean cliff on the eastern side with views to Manly, North Head, and the Pacific Ocean.

Sydney’s most famous beach attracts large numbers of tourists to Bondi (map) throughout the year with many Irish and British tourists spending Christmas Day there. Manly Beach (map) is a well-known beach situated at the southern end of Sydney’s Northern Beaches. Manly Beach’s access to the city via a 30-minute ride on Sydney’s ferries makes it popular with tourists and is host to a number of international surfing events.

Sydney ocean beaches all have shark mesh nets around 100 metres out to sea, and are regularly patrolled by air for sharks. A shark alarm will sound if any are sighted, and you should get out of the water. The risk of shark attack swimming on a patrolled beach between the flags is low. Shark attacks are rare on Sydney beaches, but they have occurred.

Transport for NSW – all public transport in Sydney

RAIL >   Sydney Trains – The train network will take passengers to most of the metropolitan area. + NSW Trainlink Regional

AIRPORTS >   Sydney Kingsford Smith Airport. It is 9 km from the City centre in Southern Sydney on the northern shores of Botany Bay. Sydney Airport is the oldest continually operated commercial airport anywhere in the world.

WATERWAYS >   The public Sydney Ferries central hub is at Circular Quay (map) at the north edge of the CBD. Ferries run up the Parramatta River via Balmain and Olympic Park, around to Darling Harbour, across to Luna Park, across to the Zoo, out to Manly, and out to Watsons Bay. They also go to Garden island and Cockatoo Island.