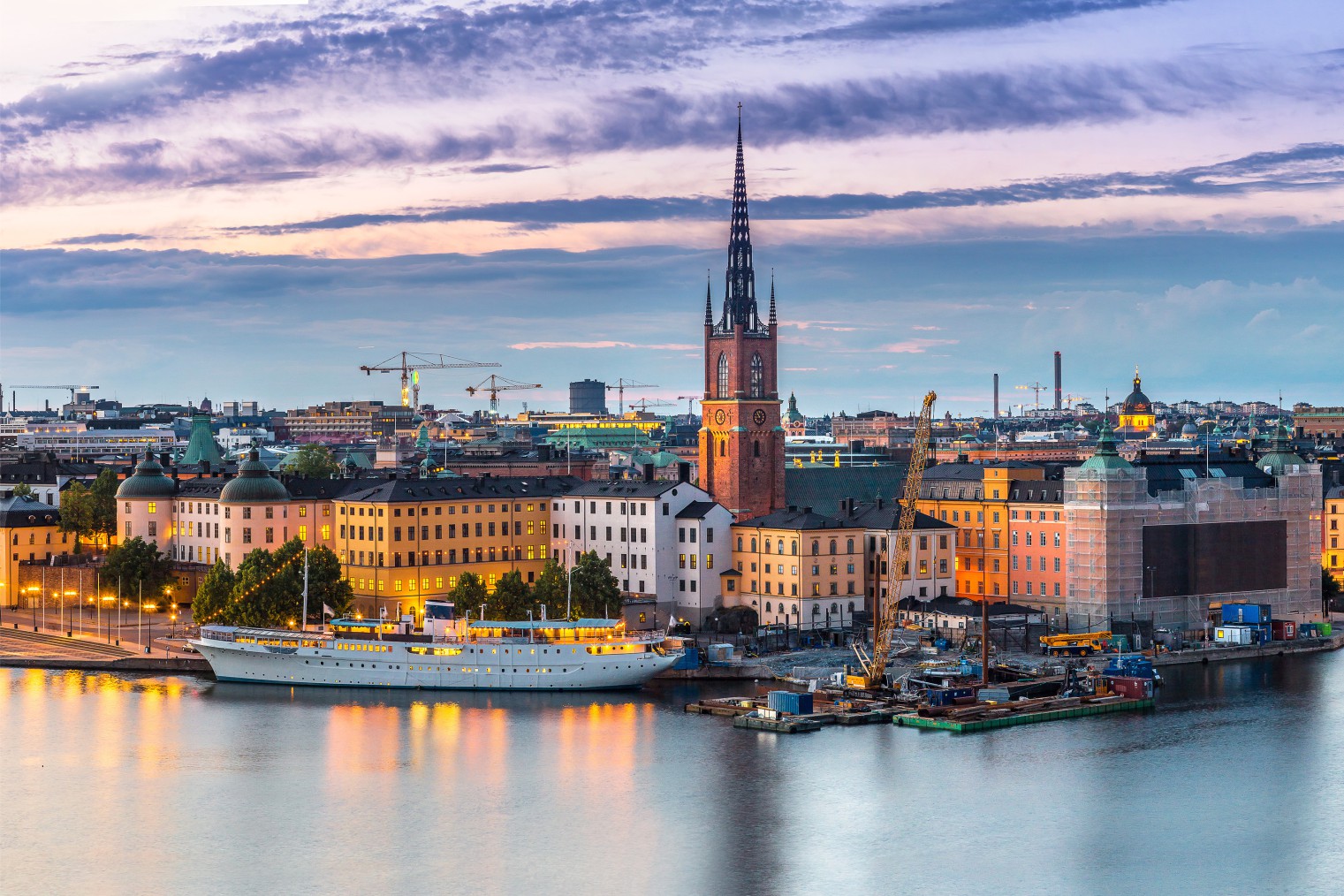 Kingdom of Sweden is a Nordic country in Northern Europe. The capital city is Stockholm. There’s the canals and cobblestoned streets of Gothenburg, with its famous botanical garden, or the modern architecture of Malmö. For more history, head to the port town of *Visby, a recognized Unesco World Heritage Site, or the medieval town of *Ystad.

The ancient *right to access (allemansrätten) grants everybody a right to move freely on most land on foot, swimming, by ski, by bicycle or by boat, even on privately owned property – but not through private yards. With the right comes an obligation to respect the privacy of people and the integrity of nature. It is important to understand the limitations.

The agricultural landscape of the island of Öland (map), visited for its geological and geographical features. The Hanseatic town of Visby (map). Birka (map) and *Hovgården (map) on the islands *Björkö and *Adelsö in *Mälaren near Stockholm. Drottningholm Palace (map), Theatre, and the royal domain. Lund (map) is a lively pretty university city with a Viking Age heritage.

Hiking is popular in the summer, both in the forested regions as well as in the alpine landscapes. High Coast is the most scenic area along the Norrland coast. >> Sweden’s National Parks

Mountain-hiking is limited to the northern and north-western parts of Sweden where a nearly 1000 km long and 50 to 200 km wide mountain range borders to Norway. In the south the Swedish mountains are generally high rolling hills with some occasional pointy peaks, while the middle and particularly northern parts of the range gradually exhibit a more dramatic nature. (*Laponian area and Sarek National Park, map)

Check with SMHI, the meteorological agency.

For arrival and departure times, and for lots of other information about flights and airports in Sweden, visit Luftfartsverket – Swedish Airports and Air Navigation Services.

Sweden has an extensive railway network. Most long-range lines are operated by the government-owned company SJ. MTR Express also operates several trains between Gothenburg and Stockholm. See Resrobot for an interactive journey planner. (*Rail and bus travel in Sweden)

Road ferries (ferries that constitute part of public roads) are yellow, run by Färjerederiet. An online map service showing all available road ferries and their daily schedule can be found on Trafikverket’s website.