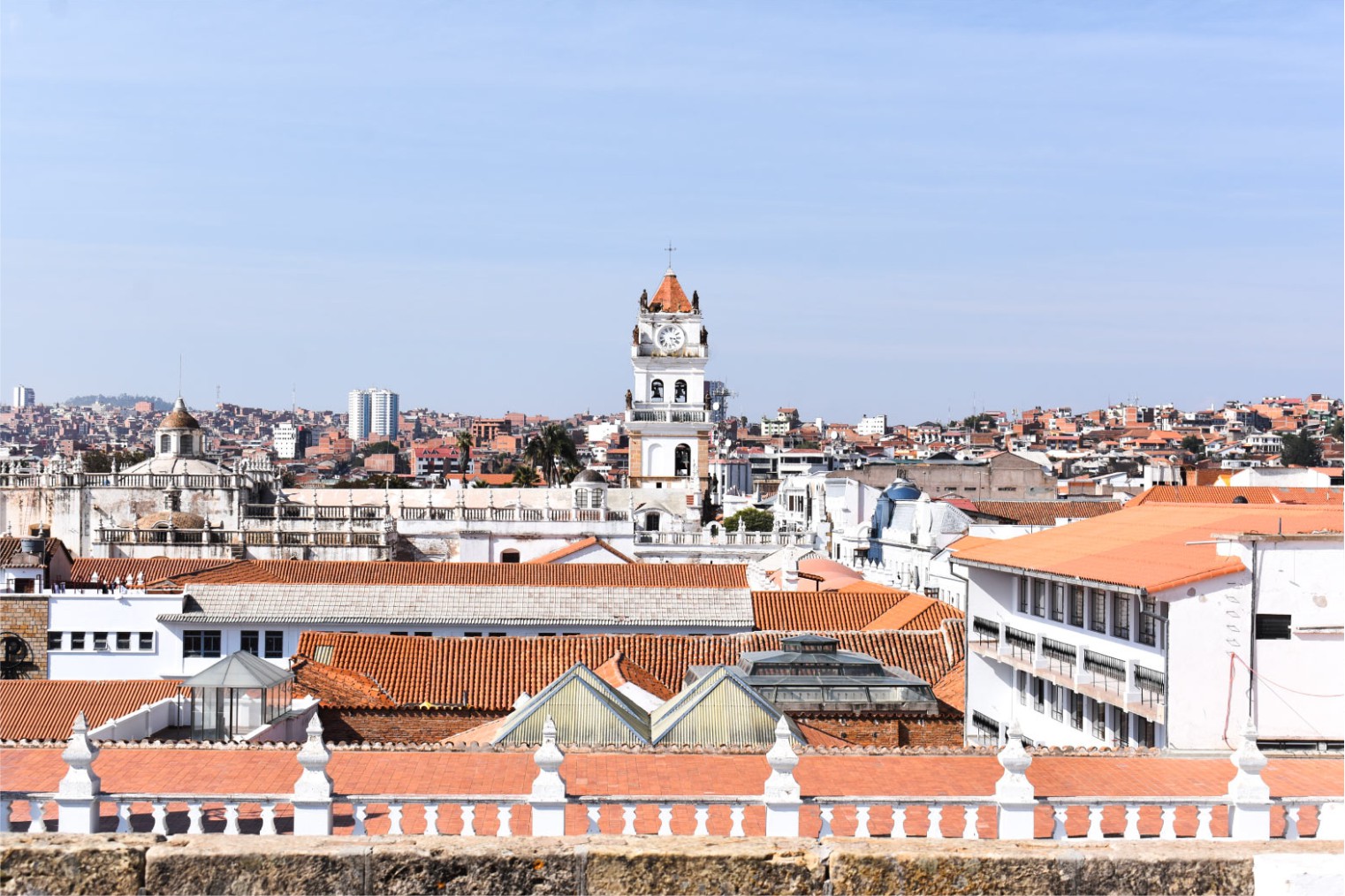 Sucre (map) is the official capital of the country, though most of the government is based in *La Paz. Its center is a UNESCO world heritage site, and it is a pretty city with welcoming people and a peaceful atmosphere.

Sucre is generally known as a great city to kick back in. While the city centre can be seen in a day (add another day or two if you like museums, churches, cafes, or moving slowly), the surrounding countryside is rich in other attractions, from traditional villages to trekking through the mountains of the Cordillera de las Frailes.

Although Sucre can be considered a “colonial” city, its architecture is more an example of later, neo-classical style. The dishevelled, crooked streets of Potosí better reflect the chaotic urban planning of early colonialism and the silver rush, while orderly, elegant Sucre is a result of the wealth later spawned by the silver trade.

November to March are the rainiest months. May to August see virtually no rain at all, though this is also the coldest time of the year.

Sucre is a small city and the center is very walkable. For the most part, you won’t need to move more than five blocks from Plaza 25 de Mayo (map), the main square.

*Cal Orck’o (Parque Cretácico, map). A collection of dinosaur footprints imprinted on a 70 degree sloping wall of a limestone quarry, which used to be a lake floor.

Plaza 25 de Mayo (map). The heart of Sucre, surrounded by the cathedral (map), the office of prefecture, the town hall, the historic Casa de la Libertad, as well as a swag of restaurants and bars.

La Recoleta (map). Walk up Calle Dalence (“Pantaleón Dalence”), Grau, or Calvo (“Daniel Calvo”) from the central plaza to La Recoleta, a spot up on a hill with a plaza and old buildings. Although there are often events here, as well as a monastery (Convento de la Recoleta), church and museum, the main attraction is definitely the view of Sucre. At the entry to La Recoleta there is a small but rich market where native people sell weawings and handicraft.

Maragua (map). One of the most popular destinations outside of Sucre is Maragua crater, a region of unusual rock formations. The crater is not volcanic (contrary to what some say), but was formed by erosion. (Maragua Trail (green). Distance: 30.5 km, hilly. Duration: 2 days.)

BUS >   Sucre Bus Terminal (The terminal is about 2 km from the city centre, map).

Bus transportation in Bolivia is a nice cheap way to get to see the beautiful scenery while traveling to your destination. Unfortunately the buses often travel solely at night. Buses generally do not need to be booked ahead, especially for common distances served by many companies.