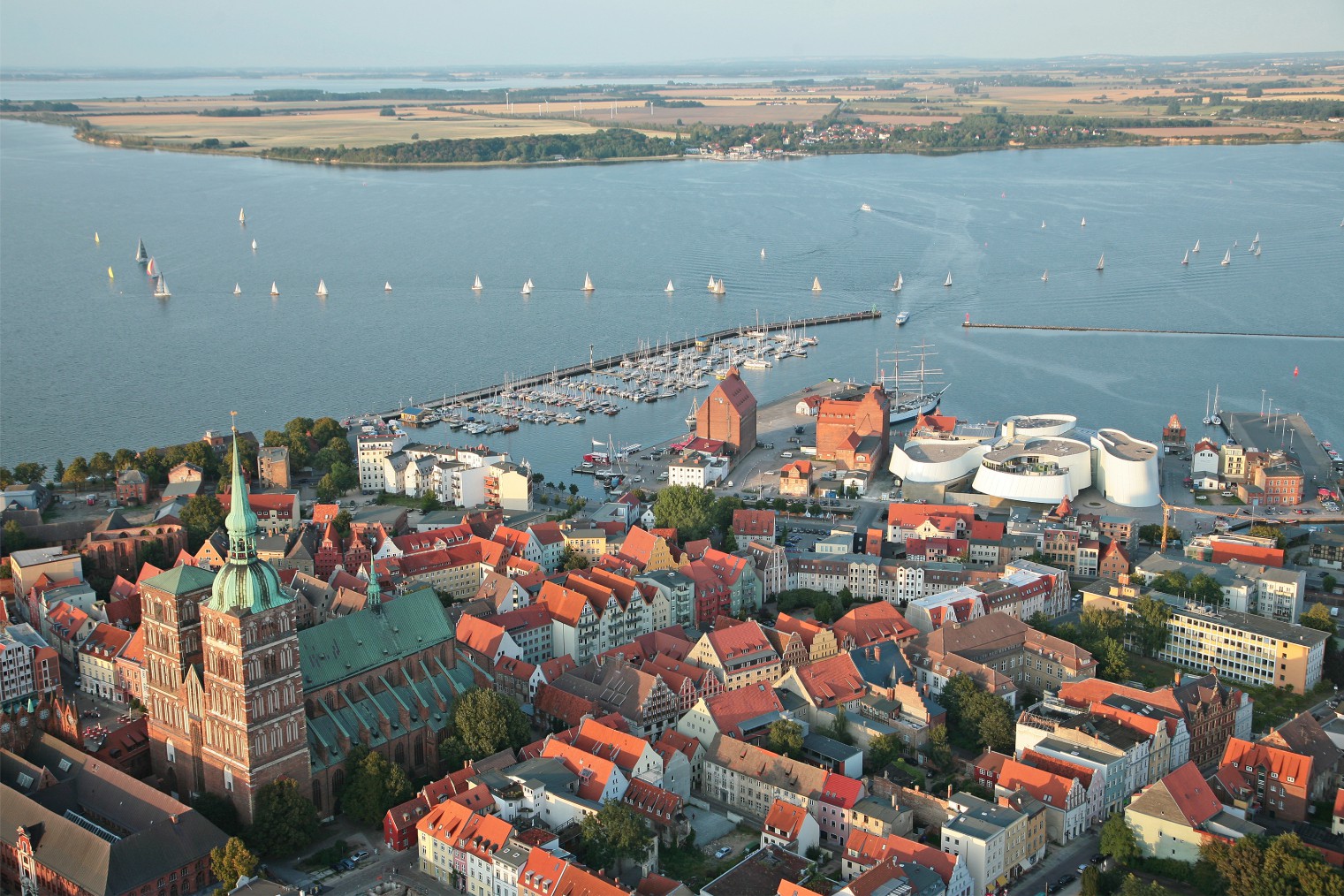 Stralsund (map) officially the Hanseatic City of Stralsund. Since 2002, Stralsund’s old town with its rich heritage is honored as a UNESCO World Heritage Site, along with Wismar in Mecklenburg.

The heart of the old town is the Alter Markt Square (map), with the Gothic city hall (13th century, map). Behind the city hall soars the imposing St. Nicholas’ Church (map), built in 1270–1360. The square is surrounded by houses from different periods, including the Gothic Wulflamhaus (a 14th-century patrician house, today a restaurant, map), and the Baroque Commandantenhus (map) of 1751, the old headquarters of the Swedish military commander.

The Monastery of Saint Catherine, mainly built in the 15th century, houses two museums today: Stralsund’s Museum of Cultural History (known for e.g. the Gold Jewellery of Hiddensee, map), and the German Oceanographic Museum (map), Germany’s largest aquarium and oceanographic collection. The ancient refectory of the monastery is one of the most spectacular Gothic interiors in Germany.

St. John’s Abbey (Franciscan monastery built in 1254, map) is one of the oldest buildings in the city.