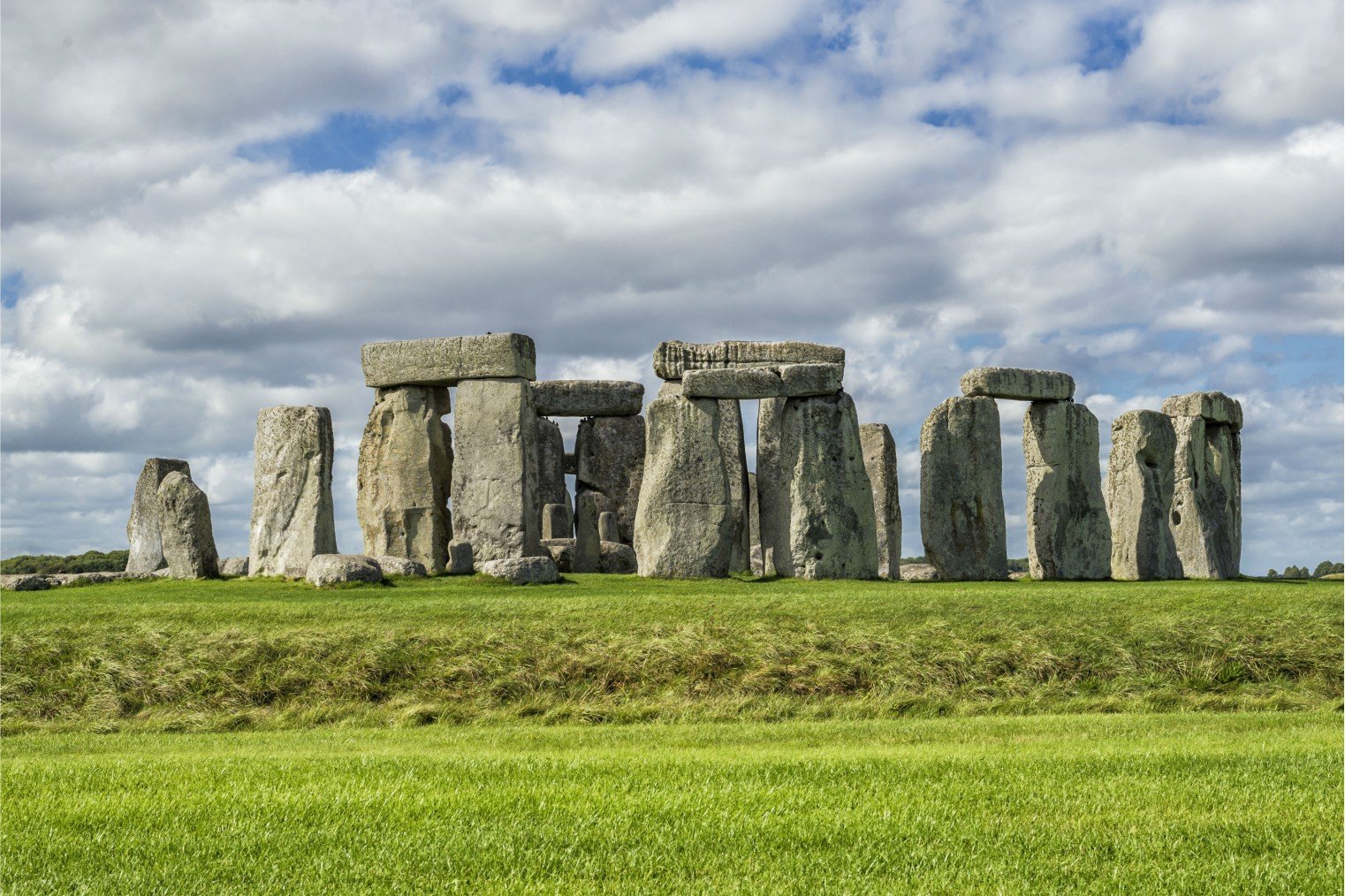 One of the most famous landmarks in the United Kingdom, Stonehenge is regarded as a British *cultural icon. It has been a legally protected Scheduled Ancient Monument since 1882, when legislation to protect historic monuments was first successfully introduced in Britain. Stonehenge is owned by the Crown and managed by English Heritage; the surrounding land is owned by the National Trust.

Stonehenge was produced by a culture that left no written records. Many aspects of Stonehenge, such as how it was built and for what purposes it was used, remain subject to debate. A number of myths surround the stones.

Another Mesolithic astronomical site in Britain is the *Warren Field site (map) in Aberdeenshire, which is considered the world’s oldest Lunar calendar, corrected yearly by observing the midwinter solstice.

In 2013 a team of archaeologists, led by Mike Parker Pearson, excavated more than 50,000 cremated bone fragments, from 63 individuals, buried at Stonehenge. A 2018 study of the strontium content of the bones found that many of the individuals buried there around the time of construction had probably come from near the source of the bluestone in Wales and had not extensively lived in the area of Stonehenge before death.

During the twentieth century, Stonehenge began to revive as a place of religious significance, this time by adherents of Neopaganism and New Age beliefs, particularly the Neo-druids. The historian Ronald Hutton would later remark that “it was a great, and potentially uncomfortable, irony that modern Druids had arrived at Stonehenge just as archaeologists were evicting the ancient Druids from it.”

You can get sightseeing buses straight there from the train station in Salisbury (map), or you can get buses from the bus station to Amesbury and walk from there (approx 3 km). For the more energetic is only a short cycle from the town centre, about 8 miles (23 km) each way, through the beautiful, and relatively traffic free, Woodfood Valley. After Stonehenge head to the Wiltshire Museum in Devizes, which has many finds from the Stonehenge area, on the way to the stone circle at Avebury.

Connecting Wiltshire • DIRECTIONS (english-heritage.org.uk) • Travel to and around England (visitengland.com)