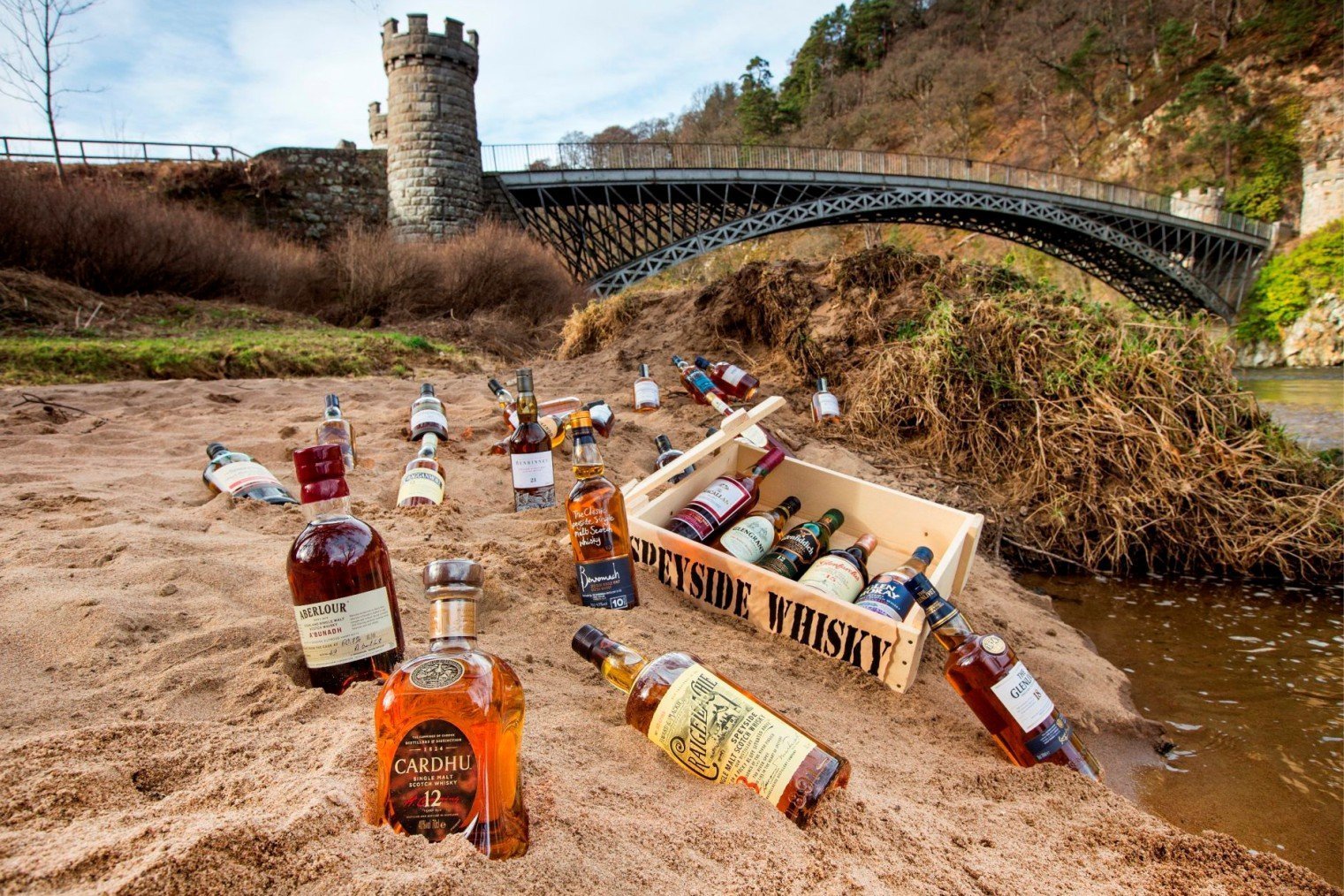 Speyside is a “protected region” for Scotch Whisky distilling under UK Government legislation. According to Visit Scotland, this region includes the area between the Highlands to the west, Aberdeenshire in the east and extending north to the Cairngorms National Park.

The Spirit of Speyside Whisky Festival is held annually, normally over the first weekend of May.

Festival events take place throughout Speyside, the biggest whisky producing region in Scotland, located in the Moray area in the northeast of the county between Aberdeen and Inverness.

Illicit distilleries were common in the 1800s, but eventually, licences became available after the passing of the 1823 Excise Act. George Smith was the first licensee in Speyside, in 1824, and his small operation at Upper Drumin in the Glen Livet valley eventually grew into the massive Glenlivet enterprise.

Today, the major distilleries in the region are owned by leading international drinks groups including Diageo, LVMH and Pernod Ricard, by family-owned companies including J. & G. Grant and William Grant & Sons and by The Edrington Group (majority owned by a charitable trust).

Roughly 50 percent of Scotland’s whisky is made here in the approximately 50 distilleries located in this region. According to one source, the top five are The Macallan, Glenfiddich, Aberlour, Glenfarclas and Balvenie.

Event venues are as varied as the experiences on offer – distilleries old and new, charming village halls, local whisky bars, historic castles, old steadings and the great outdoors – each guaranteeing an authentic experience.

With activities taking place from Elgin in the north, Kingussie in the south, Keith in the east and Forres in the west, following the length of the River Spey to the sea (one of National Geographic’s ‘greatest coastlines’), the festival brings this renowned whisky region to life as visitors from 54 countries are welcomed, greeted by locals as old friends.

Scotland’s Malt Whisky Trail (wiki) is a tourism initiative featuring seven working Speyside distilleries, a historic distillery (Dallas Dhu, now a museum) and the Speyside Cooperage. A 2012 BBC article recommends a leisurely tour, taking a day or two at each distillery to appreciate the local “traditions and lore”.

The Great Glen and Strathspey (wikivoyage)