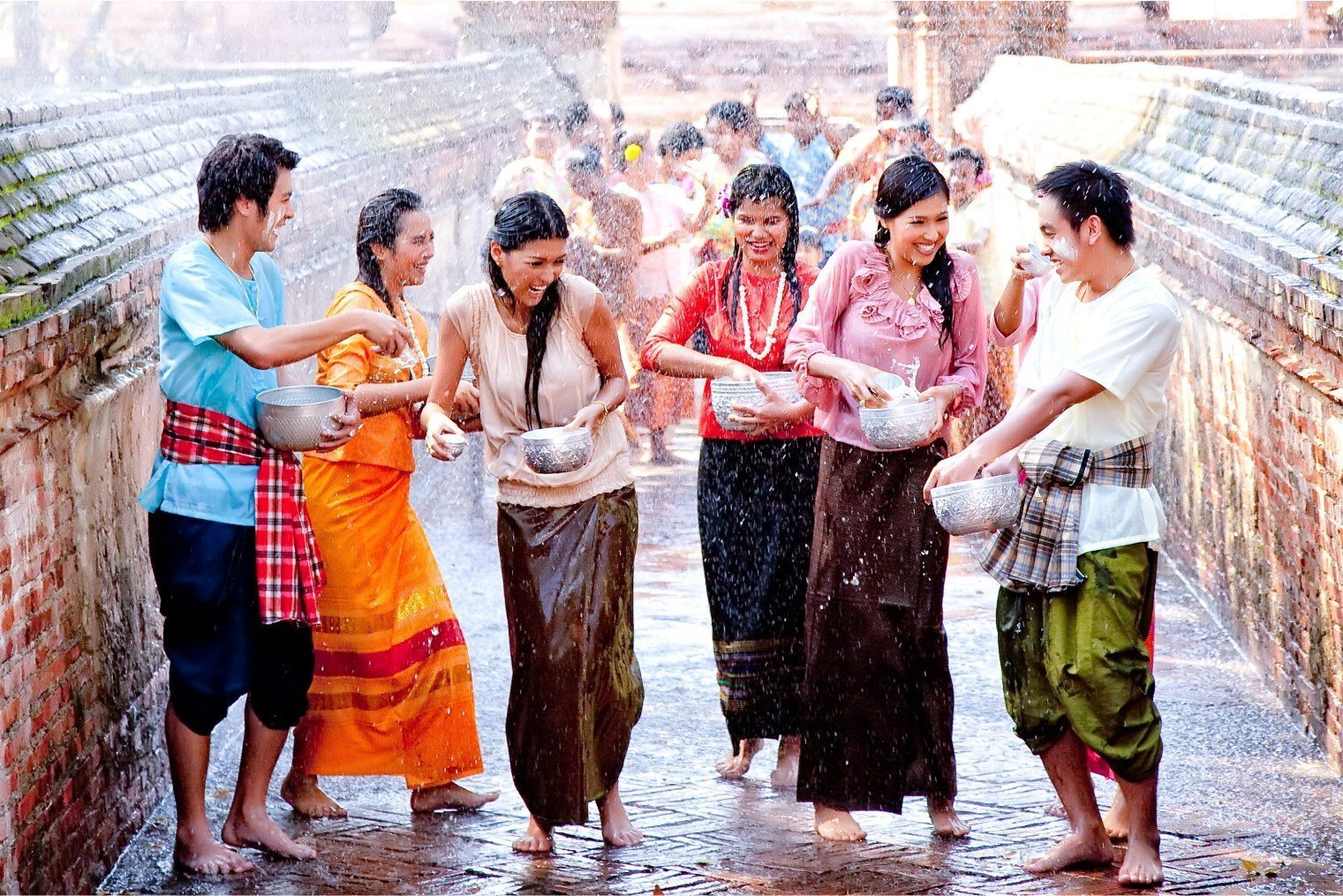 Songkran (Thailand / เทศกาล สงกรานต์) is the Thai New Year’s national holiday. Songkran is on 13 April every year, but the holiday period extends from 14 to 15 April. In 2018 the Thai cabinet extended the festival nationwide to five days, 12–16 April, to enable citizens to travel home for the holiday.

In Thailand, New Year is now officially celebrated on 1 January. Songkran was the official New Year until 1888, when it was switched to a fixed date of 1 April. Then in 1940, this date was shifted to 1 January. The traditional Thai New Year Songkran was transformed into a national holiday. Celebrations are famous for the public water fights framed as ritual cleansing.

The Songkran celebration is rich with symbolic traditions. Mornings begin with merit-making. Visiting local temples and offering food to the Buddhist monks is commonly practiced. On this specific occasion, performing water pouring on Buddha statues and the young and elderly is a traditional ritual, representing purification and the washing away of one’s sins and bad luck. As a festival of unity, people who have moved away usually return home to their loved ones and elders. Paying reverence to ancestors is an important part of Songkran tradition.

The holiday is known for its water festival. Major streets are closed to traffic, and are used as arenas for water fights. Celebrants, young and old, participate in this tradition by splashing water on each other. Traditional parades are held and in some venues “Lady Songkran” or “Miss Songkran” is crowned, where contestants are clothed in traditional Thai dress.

The Capital (Bangkok) The Khao San Road (map) and Silom Road (map) are the hubs for modern celebration of Songkran. The roads are closed for traffic, and posts equipped with water guns and buckets full of water. The party runs day and night.

The northern capital of Chiang Mai (map) plays host to the biggest celebrations of Songkran, with some festivities reputedly spanning six days. It is also more common in the north of Thailand for people to collect sand, which is taken to their local monastery. This sand — symbolic of dirt carried on their feet for the past year — is used to replenish the monastery before being sculpted into piles and decorated with colorful, celebratory flags.