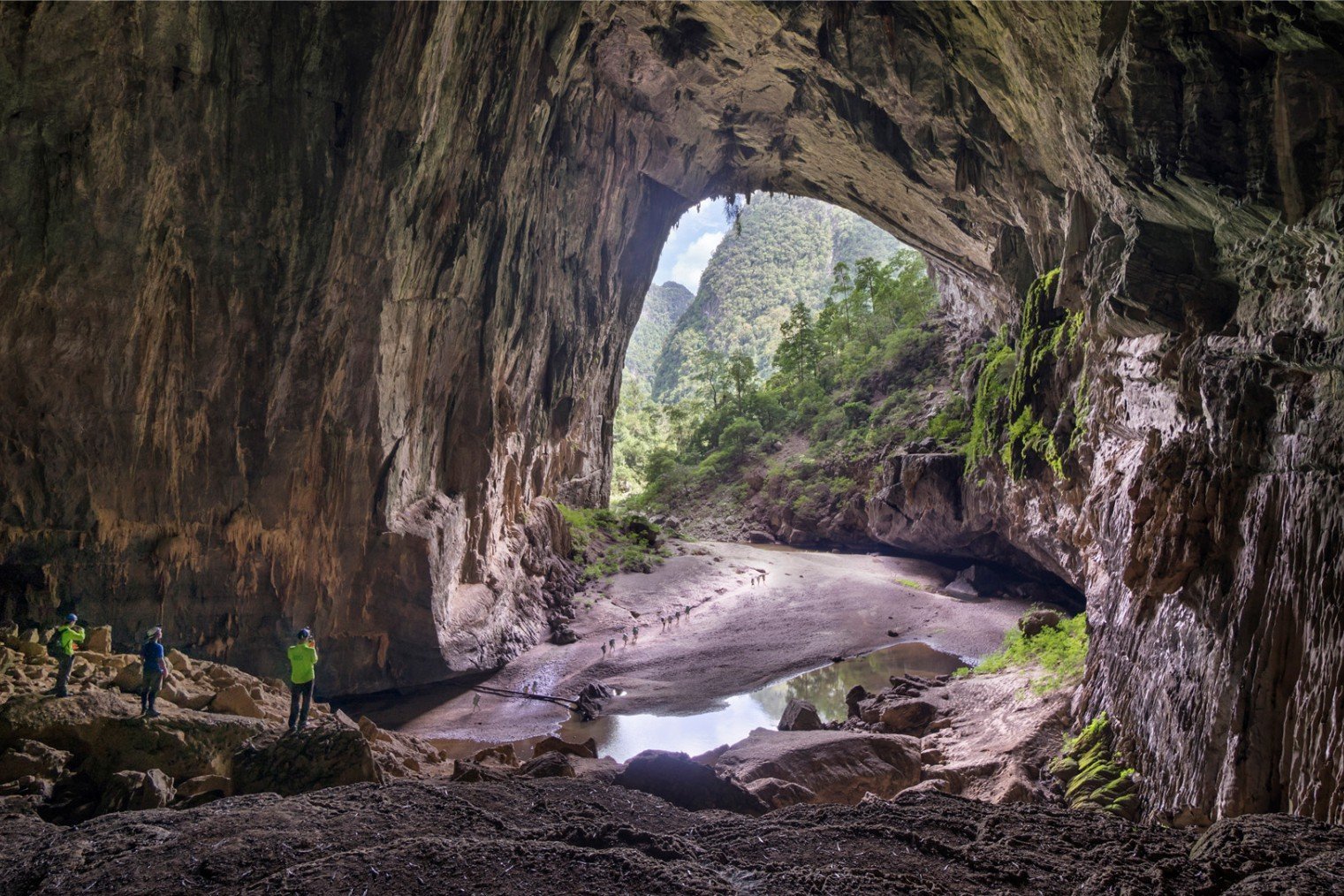 Hang Sơn Đoòng (map) is one of the world’s largest natural caves, in Phong Nha-Kẻ Bàng National Park (map). Its name, Hang Sơn Đoòng, is variously translated from Vietnamese as ‘cave of the mountain river’ or ‘cave of mountains behind Đoòng village.

The scale of the site’s interior is so massive it could fit an entire New York block inside, including skyscrapers, or have a Boeing 747 comfortably fly through without its wings being in any danger.

Permits are required to access the cave and are made available on a limited basis, with 1000 permits available for the 2019 and 2020 season, which runs from February to August.

Phong Nha – Kẻ Bàng National Park is a national park and UNESCO World Heritage Site, about 500 km south of Hanoi, around 40 km north-west of the provincial capital city of Đong Hới (map). There is not much to do in Dong Hoi but relax, enjoy its beaches and drink a beer.

A 2009 survey brought the total discovered length of the cave system to about 126 km, with many areas still not well explored. Sơn Đoòng Cave, which was discovered in the 2009 survey by British and Vietnamese explorers, is considered the largest cave in the world. Even before this discovery, Phong Nha held several world cave records, including the longest river as well as the largest combined caverns and passageways.

The park is accessible by road (National Route 1A or Ho Chí Minh Highway 450 km south of Hanoi, 50 km north of Đong Hới, 210 km north of Huế); by rail at Đong Hới Railway Station (map) on Hanoi–Saigon Railway; by air at Đồng Hới Airport 45 km south of the park.

Free camping is not permitted in the park. Park rangers are very suspicious of undocumented visitors overnighting in the park. You can camp at the Botanic Gardens in the park for a fee.

BUS >   Every major city will have a centralised bus station, and most of the major companies will have ticket offices at the stations. Some reputable companies include Mai Linh Express and Sinh Tourist. (*Buses in Hanoi)

AIRPORTS >   Flights are the fastest way to traverse this long country. The flight from Hanoi to HCMC is only about 2 hours. >> vietnamairport.vn