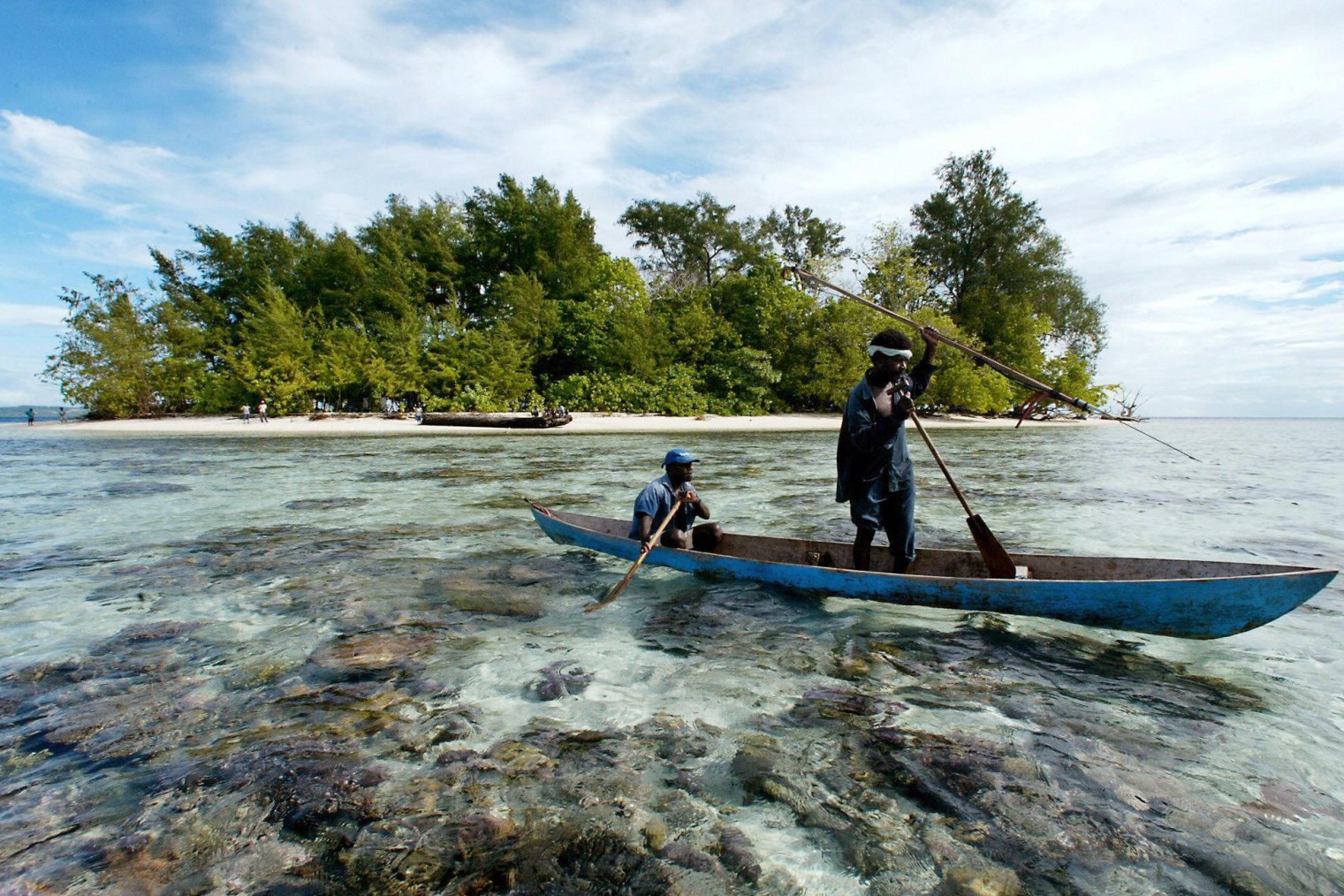 Solomon Islands (map) is a sovereign state consisting of six major islands and over 900 smaller islands in Oceania lying to the east of Papua New Guinea and northwest of Vanuatu. Its capital, *Honiara (map), is located on the island of *Guadalcanal. While not as bad as neighboring Papua New Guinea, crime rates in the Solomon Islands are high. Travel after dark is dangerous, especially in Honiara.

In 2017 the Solomon Islands were visited by 26,000 tourists making the country one of the least frequently-visited countries of the world. Though seasons are not pronounced, the northwesterly winds of November through April bring more frequent rainfall and occasional squalls or cyclones. June through August is the cooler period.

Visa • Things to do • How to get around

The tiny islet of Skull Island, accessible from Lola Island (map), is one of the most sacred areas in the Solomon Islands. It is visited by tourists, and offers an insight to the history of headhunting. It also has a shrine which houses the skulls of vanquished Rendovan chiefs.

In Honiara there is no bus terminus. The most important bus stop is in front of the Central Market. Most of the islands can be reached by ferry from Honiara.