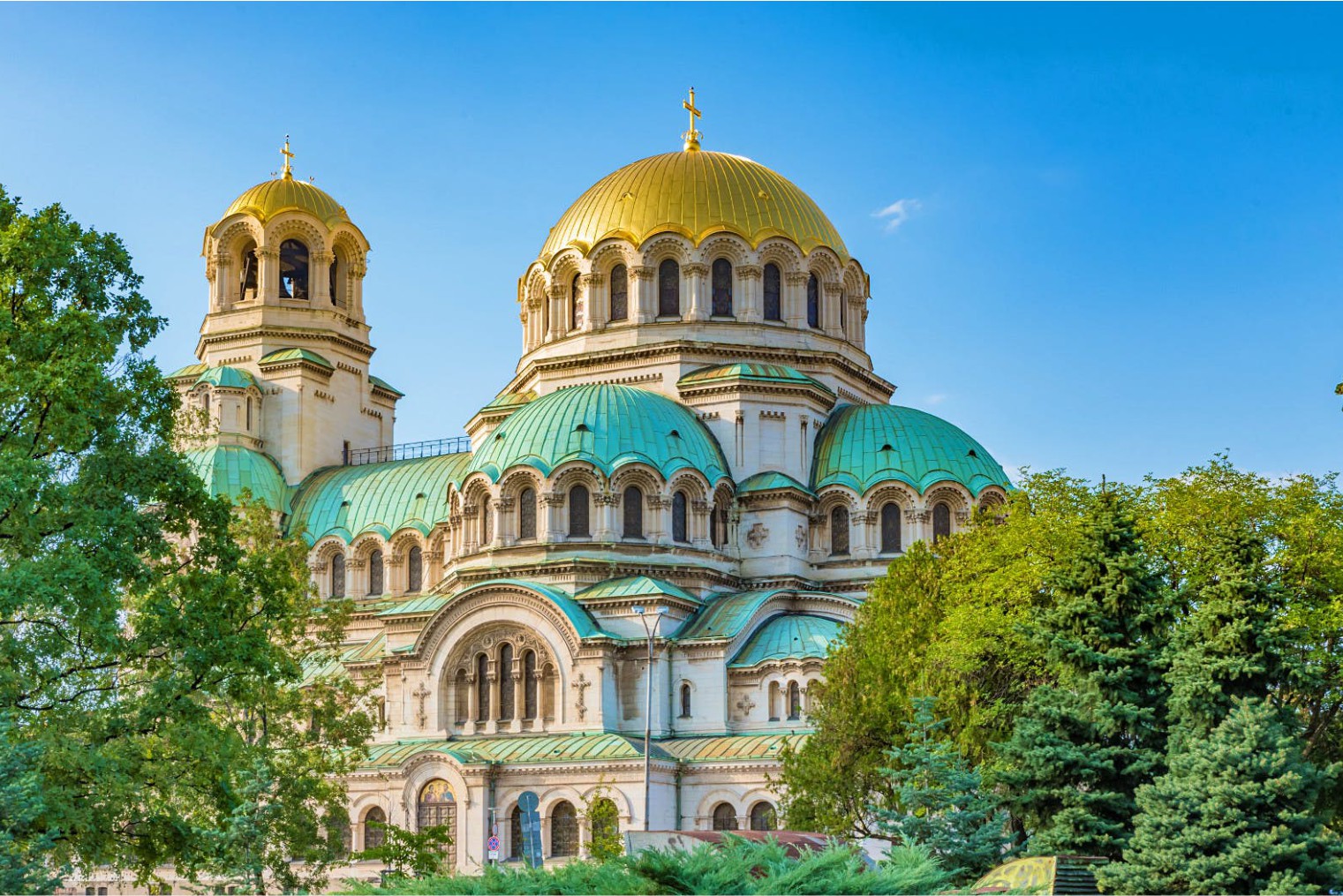 Today, Sofia (map) is a dynamic European capital, distinguished by its unique combination of European and Communist-style architecture. Furthermore, it claims to be one of the few European capitals with beautiful scenery and a developed ski-resort so close to it – the Vitosha mountain (map).

Near Sofia lies Boyana church (map), which is one of the most valuable memorials of Bulgarian and European culture. The church has frescoes, acclaimed by specialists as the best examples of eastern medieval art from the 13th century AD.

The city is built west of the Iskar river, and has many mineral springs.

Sofia has been an area of human habitation since at least 7000 BC. It is surrounded by mountainsides, such as Vitosha by the southern side, Lyulin by the western side, and the Balkan Mountains by the north, which makes it the third highest European capital after Andorra la Vella and Madrid.

The city has been described as the “triangle of religious tolerance”. This is due to the fact that three temples of three major world religions—Christianity, Islam and Judaism—are situated within one square: Sveta Nedelya Church (map), Banya Bashi Mosque (map) and Sofia Synagogue (map).

Alexander Nevsky Cathedral (map), one of the symbols of Bulgaria, constructed in the late 19th century. It occupies an area of 3,170 square metres (34,122 square feet) and can hold 10,000 people.

Bulgaria’s largest art museums are located in the central areas of the city. Since 2015, the National Art Gallery (map), the *National Gallery for Foreign Art (NGFA) and the Museum of Contemporary Art – Sofia Arsenal were merged to form the National Gallery. Its largest branch is Kvadrat 500 (map), located on the NFGA premises, where some 2,000 works are on display in twenty eight exhibition halls.

The National History Museum (map), located in Boyana, it has a vast collection of more than 650,000 historical items dating from Prehistory to the modern era, although only 10,000 of them are permanently displayed due to the lack of space.

Vitosha Boulevard (map). It`s the main commercial street in the centre of Sofia. Its pedestrian part is a popular place for walks. It is known as the most expensive street in Sofia.

The Sofia nightlife is vibrant, concentrated mostly in two areas – the city center and around Studentski grad (Студентски град/Student’s town), which is the neighborhood where are the university dorms.

It is strongly advisable to skip exchange offices on the street and use exclusively banks for exchanging money.