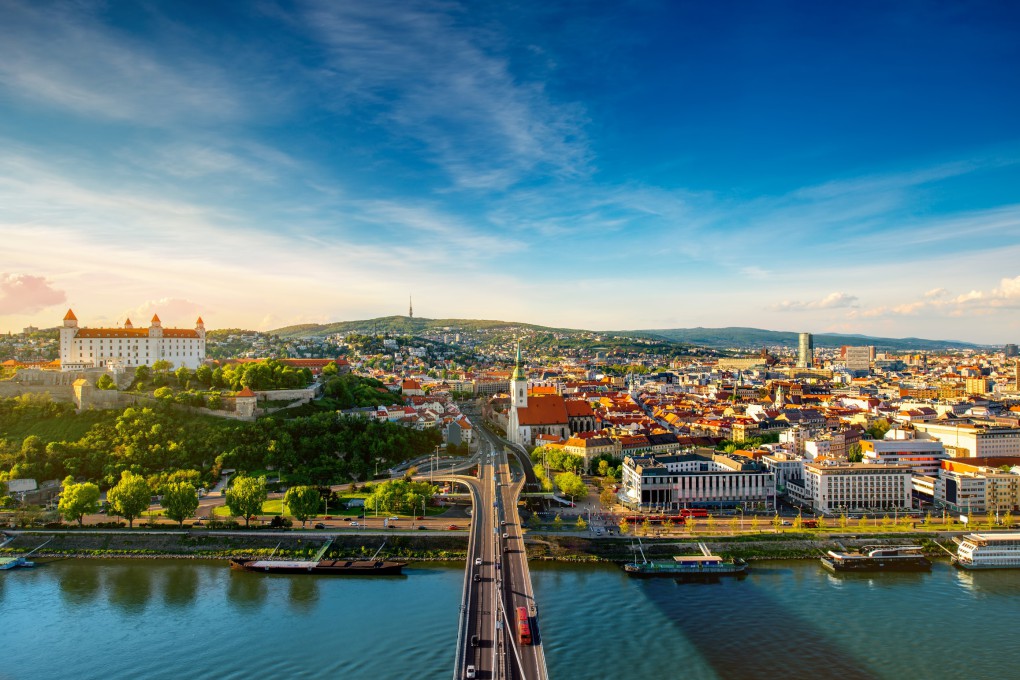 Slovak Republic (map) is a landlocked country in Central Europe. The capital and largest city is Bratislava, and the second-largest city is Košice. The main reasons to visit Slovakia are its natural beauty, vivid history and great opportunities for relaxation (and due to the small size of the country, it is quite easy to combine all three).

The Slovak landscape is noted primarily for its mountainous nature, with the *Carpathian Mountains extending across most of the northern half of the country. To the north, close to the Polish border, are the *High Tatras which are a popular hiking and skiing destination and home to many scenic lakes and valleys.

Slovakia combines all the typical features of a grand European history with highly attractive nature and a traveller-friendly modern atmosphere.

*Banská Bystrica (map) — was one of the most important mining towns of Hungarian part of Austro-Hungarian Empire; beautiful restored square, many churches, castles and museums.

Košice (map) — metropolis of the east, second biggest city of the country with the easternmost situated Gothic Cathedral in the World, a great historical city centre with the Cathedral Complex, numerous churches, palaces and interesting museums. *Nitra (map) — the oldest Slovak town, with beautiful castle and number of fairs.

For history lovers, Slovakia has the highest number of castles and chateaux per capita in the world. (*List of castles) The best known castles include Bojnice Castle (often used as a filming location, map), *Spiš Castle, (map, on the UNESCO list).

Slovakia has hundreds of caves and caverns under its mountains, of which 30 are open to the public. (*List of caves) There are currently five caves under UNESCO’s World Heritage Site status. *Dobšiná Ice Cave, *Domica, *Gombasek Cave, *Jasovská Cave and *Ochtinská Aragonite Cave.

There is a long tradition of hiking and mountain walking in Slovakia. You can also use hiking websites such as Freemap Slovakia (based on Openstreetmap data) or HIKING.SK.

CP offers an exceptionally useful website and smartphone app with integrated timetables for all trains and buses in Slovakia, including all intra-city and inter-city transports, even indicating from which lane your bus will depart.

Bratislava airport, the alternative is Vienna Airport, which is just 37 km (23 mi) from Bratislava.

Frequent fast trains connect all important cities, but there are less local trains, even at main lines. For local transport a bus is generally a better alternative. Most train services within country is provided by ZSSK / Railways of Slovak Republic, other train operators are Leo Expres and Regiojet.

Bus connections are usually slower than trains, but can get you where trains cannot >> AMSBus • Turancar • Student Agency