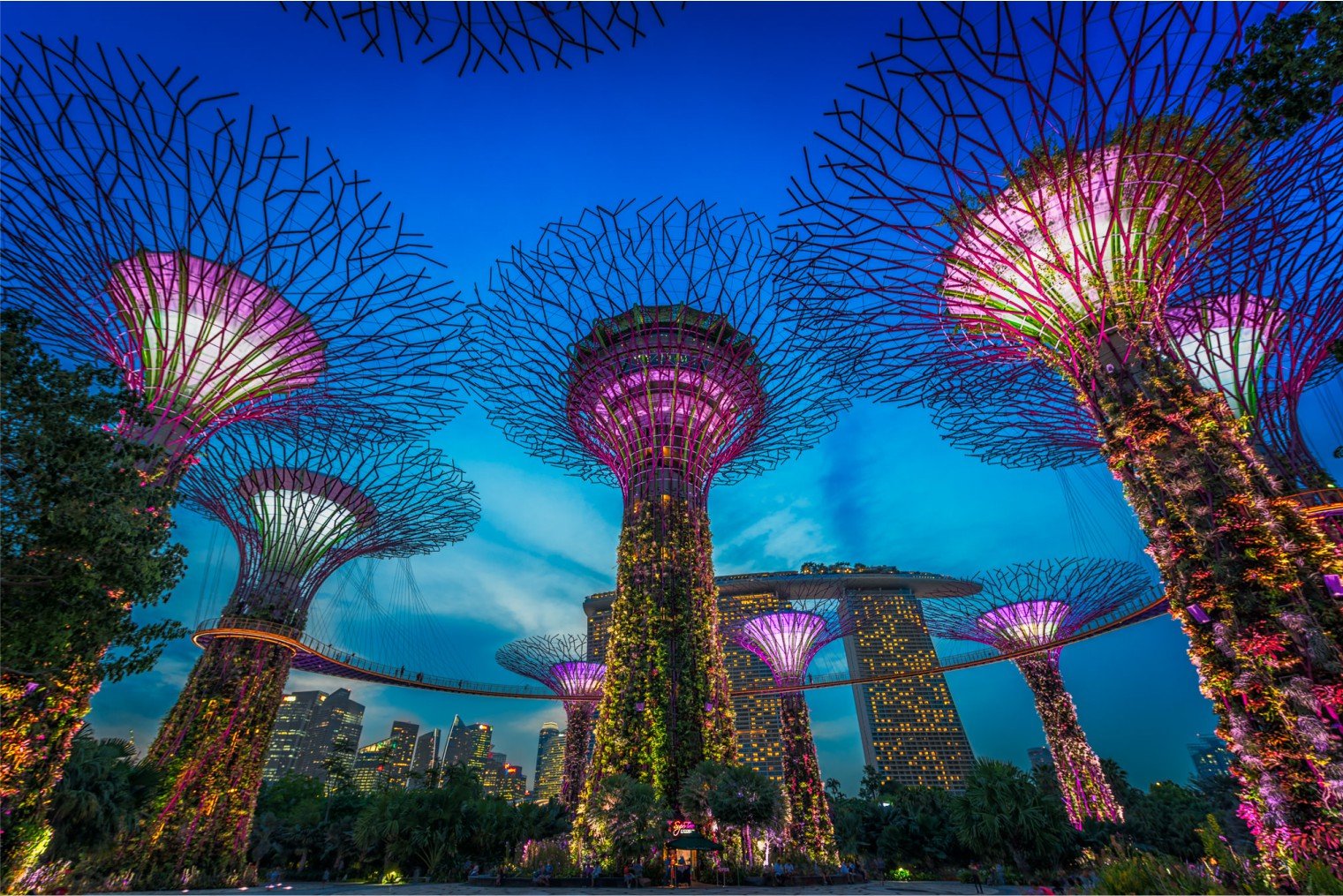 Singapore is a microcosm of Asia, populated by Chinese, Malays, Indians and a large group of workers and expatriates from all around the globe, in a country that can be crossed in barely an hour. It is a fairly crowded city and in fact, it is second only to Monaco as the world’s most densely populated country.

A former British colony, Singapore has various historical and cultural landmarks with British and regional influences in its architecture. The Asian Civilisations Museum (map) specialises in the material history of China, Southeast Asia, South Asia and West Asia, from which the diverse ethnic groups of Singapore trace their ancestry.

National Museum (map) is the oldest museum in the country, with its history dating back to 1849, mainly showcases collections of nation-building and the history of Singapore from the 14th century in a story-telling approach.

Chinatown (map, wikivoyage) – Chinatown’s primary attraction is the town itself, composed as it is of restored shophouses full of strange little shops selling everything from plastic Buddhas to dried seahorses. Wander at random and see what you can find! Chinatown is at its busiest and most colourful in the month preceding the Chinese New Year (Jan-Feb), when the streets are decked with festive decorations.

Little India (map) – While a rather sanitized version of the real thing, Little India retains its distinct identity without degenerating into a mere tourist attraction and is one of the most colourful and attractive places to visit in Singapore.

Among the various gardens and parks located in the country, Botanic Gardens (map), Jurong Bird Park (map) and Gardens by the Bay (map) are most popular amongst tourists.

The Botanical Gardens, a UNESCO World Heritage Site is a 52 hectares tropical garden, among its main attractions includes the National Orchid collection with over 3000 types of orchids growing. Jurong Bird Park, is a bird zoo with extensive specimens of exotic bird life from around the world, including a flock of one thousand flamingos. The bird park is largest in the world in terms of the number of birds.

Sentosa (map) is a relatively large island of Singapore located to its south. Along with a beach-front resort, the island’s tourist attractions include Fort Siloso, its historical museum, the SEA Aquarium, and Madame Tussauds. Singapore also features two casinos (integrated resorts), one the Marina Bay Sands and the other, Resorts World Sentosa (home to Universal Studios Singapore and Adventure Cove Waterpark).

Pulau Ubin (map), is an offshore island where the last of undeveloped kampongs (villages) and wooden jetties, relaxed inhabitants, rich and preserved wildlife. One of the more popular spots on the island is, Chek Jawa (map), a previous coral reef 5000 years ago, where several ecosystems can be observed in one area.

Some of the anchor events are the Chingay Parade, Singapore Arts Festival and Garden Festival. The Food Festival is held every July to celebrate Singapore’s cuisine. Singaporean food is legendary, with bustling hawker centres and 24-hour coffee shops offering affordable food from all parts of Asia.