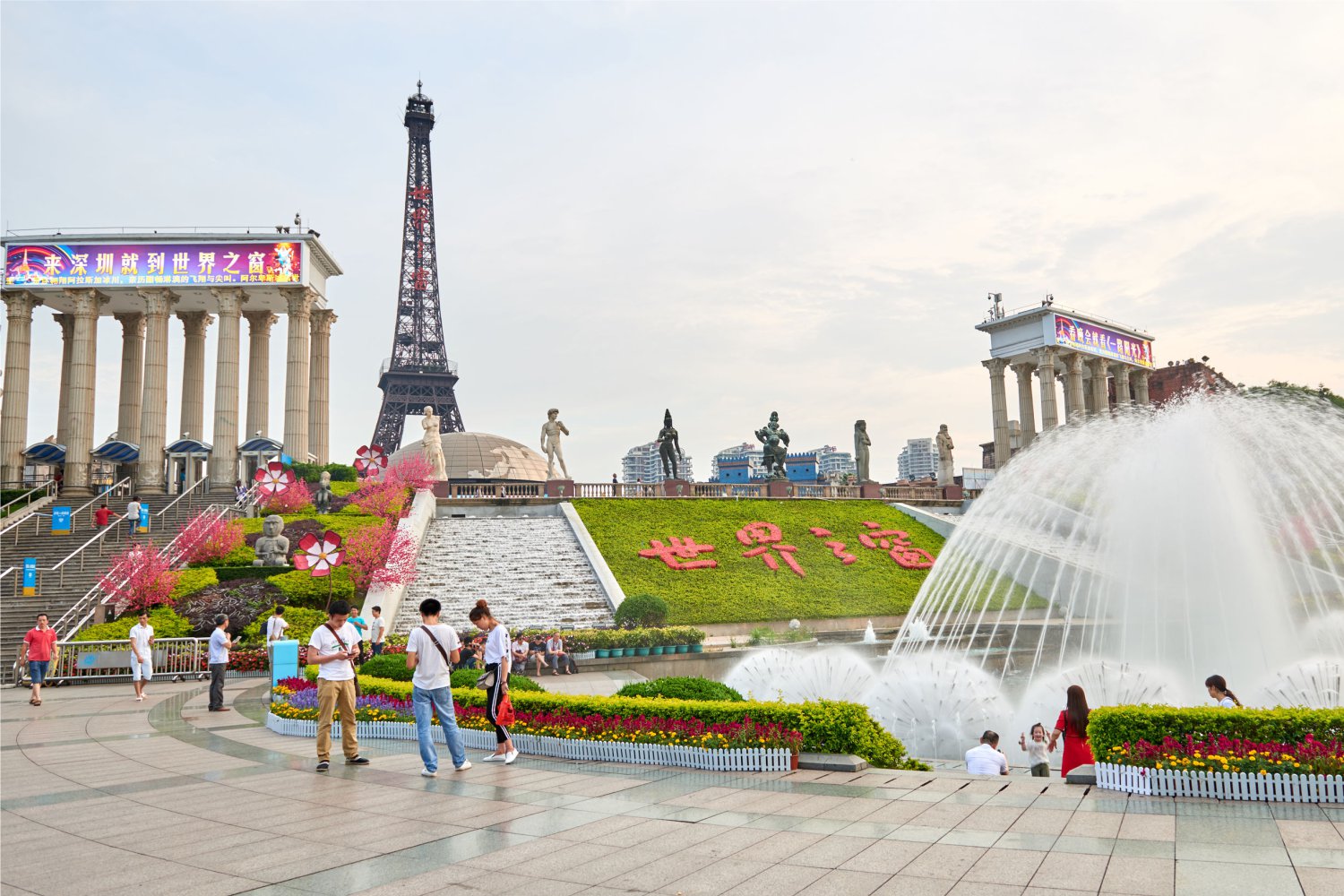 One of the most populous and richest cities in China, Shenzhen (map) is in *Guangdong Province on the Hong Kong border about 100 km south of Guangzhou.

In the era of tea clippers, both Guangdong and its capital Guangzhou were often referred to on maps and in spoken English as Canton. Other versions no longer used include Kwangtung. The food and language of the area are still known as Cantonese.

Shenzhen has been growing like crazy since the 1980s. The city has become a center for international trade and manufacturing, leading many to call it the “Silicon Valley of China”. Other draws for visitors include an array of amusement parks as well as extensive, scenic mountains for hiking.

People, even long time Shenzhen residents, will confidently tell you that “Shenzhen has no history”. Historic sites are concentrated in Nanshan and the eastern parts of the city. Eastern Shenzhen also has several well-preserved traditional Hakka villages.

*Center (Futian, map / Luohu, map) – this is the main area that most visitors to Shenzhen experience, with its humongous electronics markets, fashionable residents, and border crossings to Hong Kong.

Somewhat ignored by international travellers, Shenzhen is a popular destination for Chinese domestic tourists who have been attracted by its famous theme parks, but as the city has developed and become richer they are increasingly drawn by Shenzhen’s famous architecture, shopping, bars, restaurants and active art scene.

Shenzhen has a prominent nightlife culture, with most of the activity centered in the entertainment complexes of COCO Park (map) and Shekou, with the former being referred by the South China Morning Post (SCMP) as “Shenzhen’s answer to Lan Kwai Fong.”

As well as casual restaurants and fine dining, Shenzhen is famous for its “Eat Streets”. These are agglomerations of cheap and cheerful restaurants serving food from all over China.

Bagua First Road Eat Street (八卦一路美食街, map), Bagua First Rd, Futian 福田区八卦一路 (Metro: Yuanling 园岭, take exit A and turn left). This was Shenzhen’s first Eat Street. Food was originally Cantonese brought by homesick Hong Kong factory owners. It’s now a smallish Eat Street compared to some of the others. Cantonese food is still good here but you can get food from all over China. Snake is excellent in season (October to January) here.

Shenzhen has many theme parks, which are popular with Chinese tourists. Reactions of Western visitors vary widely, from enjoying them immensely to finding them amazingly tacky. Most of these are operated by Overseas Chinese Town (OCT, 华侨城, Huáqiáochéng).

The best beaches are in eastern Shenzhen. The popular Dameisha and Xiaomeisha beaches are crowded and dirty, so go past them to the more peaceful beaches further east.

The best time to visit Shenzhen is October to December when the weather is pleasantly cool. Shenzhen has a sub-tropical climate with incredibly high humidity combined with soaring temperatures in the summer. For many, this is a season to avoid. The long intense summer also coincides with the typhoon season from June to October.

Shenzhen Metro (深圳地铁) is the most convenient and easy-to-understand method of transport in Shenzhen.

RAIL >   For most travellers, the fastest (but not the cheapest) way to get to Shenzhen from Hong Kong is by high-speed rail, which goes from Hong Kong’s West Kowloon Station (map) to Shenzhen’s centrally located Futian station.

WATERWAYS >   Most services land at the ferry terminal at Shekou. The Shekou Ferry Terminal is connected by subway and bus services to the rest of Shenzhen. There is further information available online > cksp.com.hk.