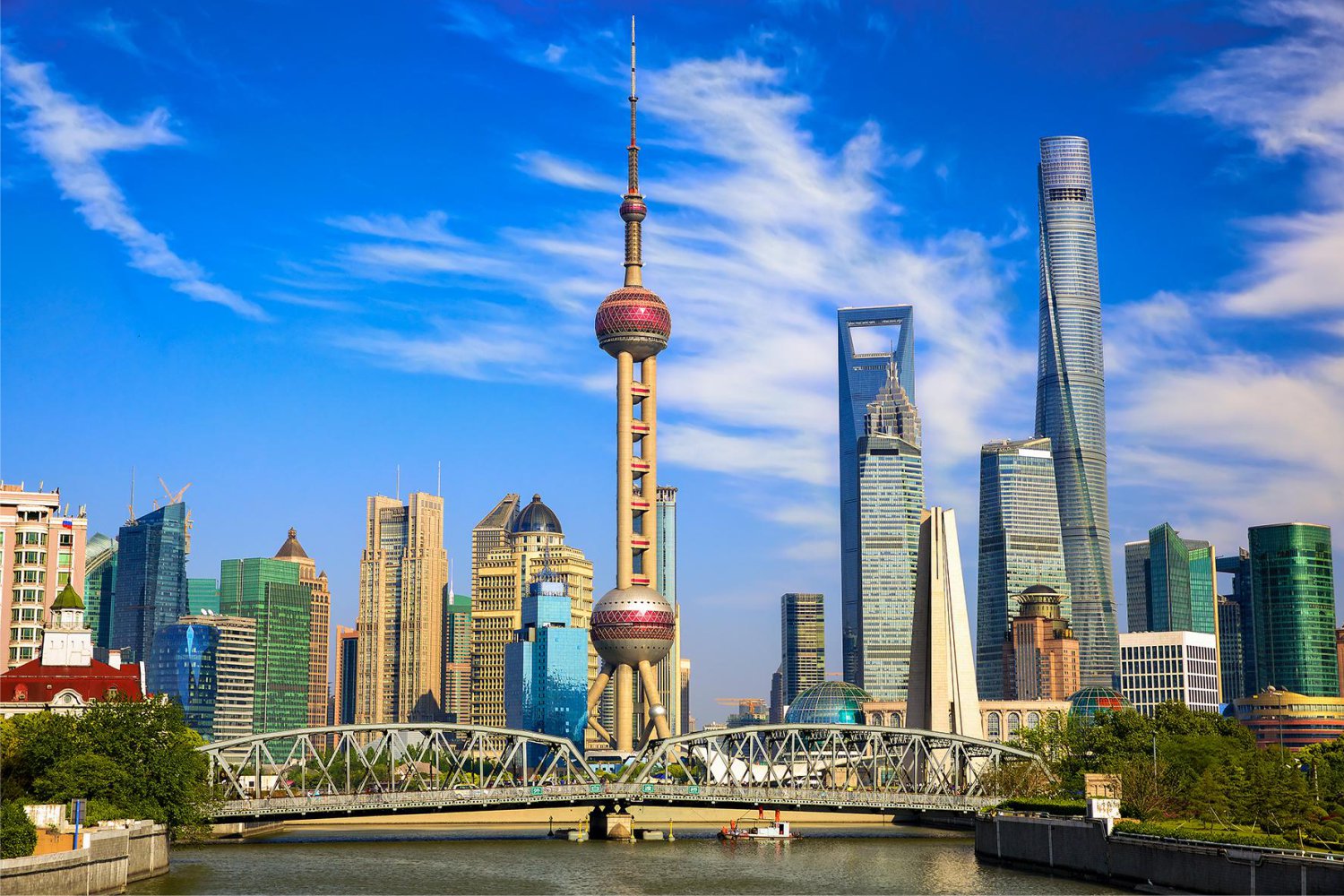 Shanghai (map) is the most developed city in China, the country’s main center for finance and fashion, and one of the world’s most populous and important cities.

The historic core of Shanghai, it includes both the old Chinese city and the area of the International Settlement which began in the 1840s and lasted until the 1930s. It can be called Puxi (浦,西), downtown Shanghai (上海市区) or the city center (市中心).

Today this area is still the core of the city. Most of the tourist attractions and many hotels are here, and many metro lines run through it.

*Huangpu (map). The most central district of Shanghai with the Bund (a riverside boulevard that was the center of commerce in the colonial era), People’s Park (often considered the center of the city), and many other attractions.

*Old City (map) is the area inside the ancient walled city of Shanghai; it is one of the most picturesque areas of the city, with many buildings in traditional Chinese style. Administratively the old city is part of Huangpu District, but it has its own distinct character and many tourist attractions so we treat it in a separate article.

Nanjing Road (map) was the main street of the old British Concession; today it is a major upmarket shopping street. *Nanjing Road East in Huangpu District extends from the Bund to People’s Park (map), and most of it is a very busy pedestrians-only strip. *Nanjing Road West is the continuation into Jing’an District. Part of it runs along the north side of People’s Park. A landmark beyond the park is Jing’an Temple (map), a beautiful ancient building with a metro station named after it.

*French Concession. This has always been a fashionable area—even in the colonial period, many famous Chinese lived there—and it remains so today with much of Shanghai’s best entertainment and shopping. Hengshan Road (map), which runs from Huaihai Road to Xujiahui, has Shanghai’s largest cluster of restaurants and bars.

*M50 art district (map) is Shanghai’s main center for contemporary Chinese art, with dozens of studios and galleries. It is in a former factory in Putuo District.

There are water towns in the Western suburbs, popular with both Shanghai residents and visitors. They are quite scenic with canals as the main method of transport and many traditional-style bridges and buildings.

*Zhujiajiao (map) is right out at the Western edge of the municipality in Qingpu district, and can be reached on Line 17  from Hongqiao Railway Station, or by bus. It is quite popular with Shanghai residents, both Chinese and expatriates.

*Qibao (map) is closer to downtown in Minhang district, and can be reached by metro line 9, Qibao station, then walk a block south). It is smaller than Zhujiajiao and gets a higher proportion of tourists.

Dongtai Road Antique Market (Metro line  8  or  10  to Laoximen station, then walk a long block north looking for the market on side streets to your left, map). The largest antique market in the city, and the cheapest provided you bargain hard.

If you intend to stay in Shanghai for more than a few days, a metro card — also called a Shanghai Jiaotong Card (上海公共交通卡) or Shanghai Public Transportation Card — is a must.

BUS >   -The bus system is cheaper and much more extensive than the metro, and some routes operate after the closing time of the metro (route numbers beginning with 3 are the night buses that run past 23:00).

A coach or bus in rural China is a different experience. City buses vary from city to city. However, if you can understand the bus routes then they are cheap and go almost everywhere.

WATERWAYS >   A useful ferry runs between the Bund (from a ferry pier a few blocks south of Nanjing Road next to the KFC restaurant) and Lujiazui financial district in Pudong (the terminal is about 10 minutes south of the Pearl TV Tower and Lujiazui metro station) and is the cheapest way of crossing the river.