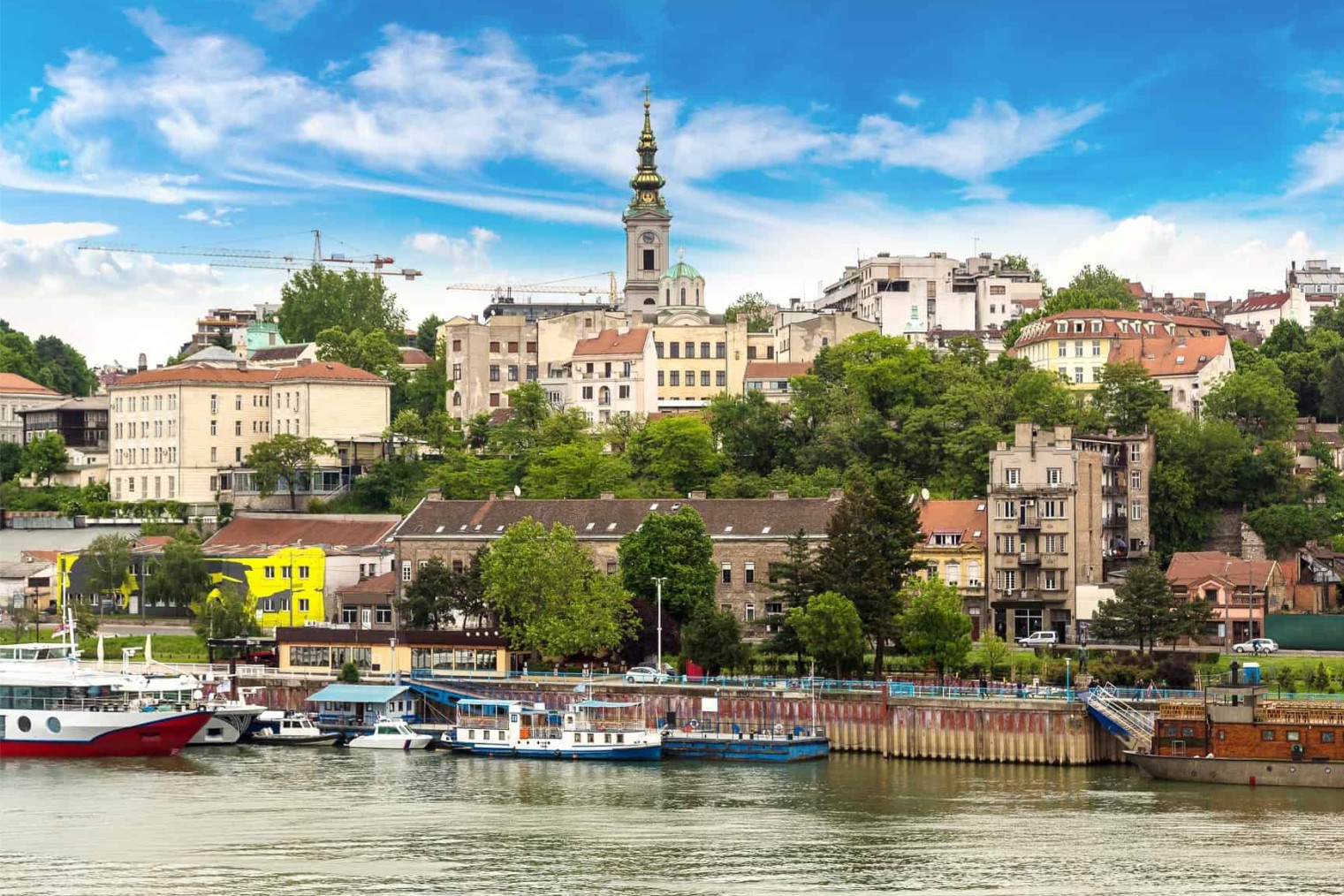 Republic of Serbia is a country at the crossroads of Central Europe and the Balkans, on one of the major land routes from Central Europe to the Near East. Its capital, Belgrade, ranks among the largest and oldest citiеs in southeastern Europe.

Belgrade (map) — the capital of Serbia. The city has a long history, dating back to the 4th century BC. Belgrade city core is not too big. Everything between Kalemegdan, Knez Mihailova street and Skadarska street is best viewed on foot, and most major sights can be found in Stari Grad (Old Town, map) district.

Novi Sad (map) – Nicknamed “Serbian Athens”. Novi Sad has a relatively small city centre, with some charming old architecture within the pedestrian area in the centre. It contains well-known temples, the Petrovaradin fortress (map), and is in the vicinity of Fruška Gora hill, renowned for its vineyards.

The most common and convenient way of getting around Serbia is by bus. For timetables you can check polazak.rs. All trains are operated by Serbian Railways’ passenger branch SrbijaVoz.