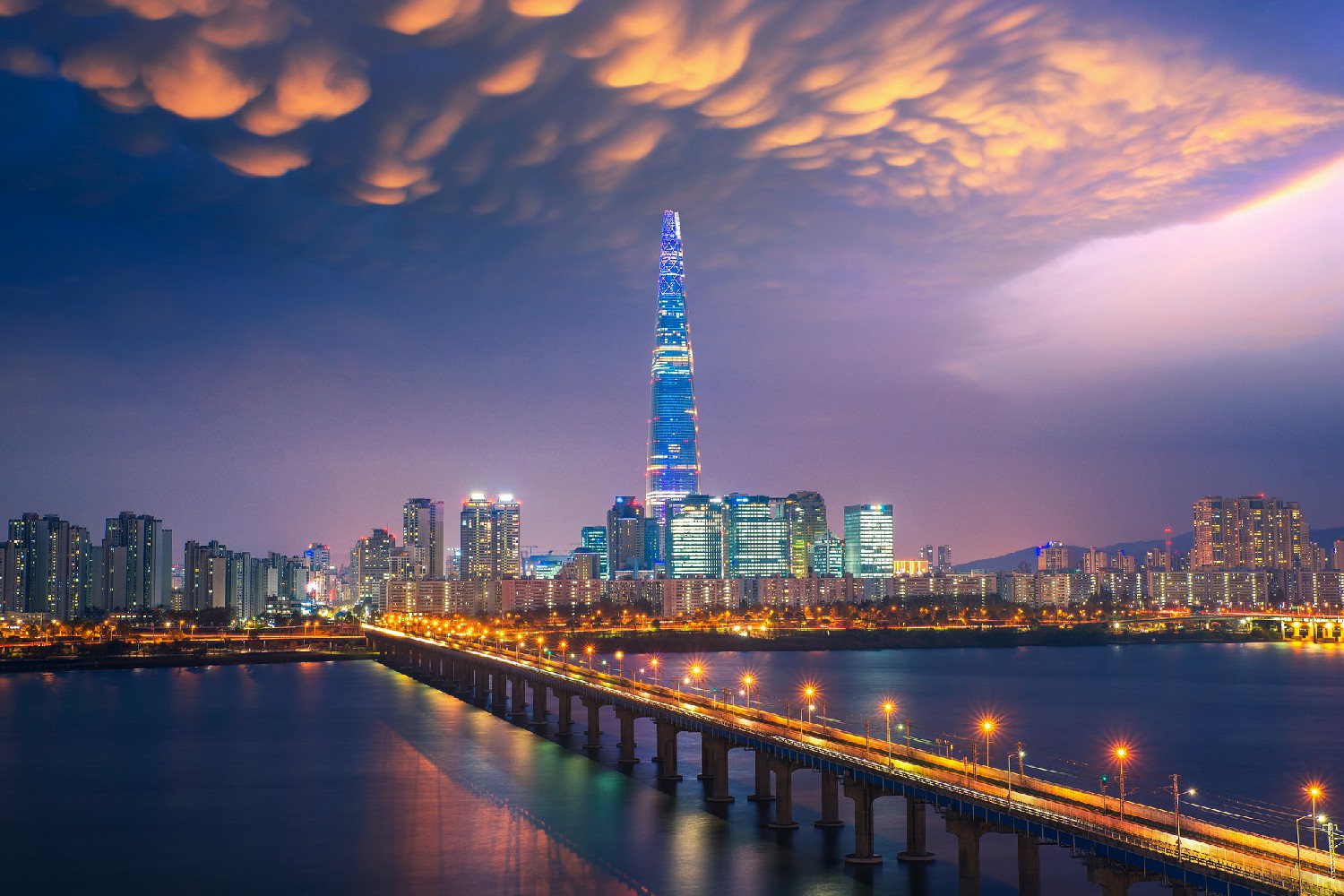 Seoul (map), officially the Seoul Special City, is the capital and largest metropolis of South Korea. Seoul was the world’s 4th largest metropolitan economy in 2014 after Tokyo, New York City and Los Angeles.

While Seoul today is mostly known as a super-modern mega-city that is home to skyscrapers, malls, and millions of electronic-mad Koreans, the city contains over 2,000 years of history.

Seoul has been a capital of Korea since the Joseon Dynasty. Starting from the Gyeongbokgung, many palaces were built for kings and royal family. The most important of them are called Five Grand Palaces (5대궁). *Gyeongbokgung Palace (map) is the first and main palace, and holds the site of Joseon Palace Museum and Korean Folk Museum (map).

Jongno (종로) (map). The Joseon-era historical core of the city with the famous Joseon Palace, Gyeongbokgung. Bukchon has beautiful traditional Korean house and Insa-dong (map) has the largest antiques market street in Seoul. Cheongyecheon has a renovated stream and park that runs through the heart of the downtown area.

Jung (중) (Jung-gu) (map). This district makes up the other half of the historic core as well as the shopping districts of Myeongdong (map) and Namdaemun Market (map). This area contains Seoul Station and Namsan Mountain (map), with the Seoul Tower at its summit.

Gangnam (map) Seocho (map). Famed for ‘Gangnam Style’, this affluent area is the glitzy center of modern Seoul, home to hundreds of glass and steel skyscrapers, neon billboards, and some of the most expensive real estate in the country.

Seoul has two unofficial backpacker districts, *Jongno (Anguk/Sinseol-dong) to the northeast of the city and Hongdae-Sinchon (map) out to the west. Within walking distance to Dongdaemun Market (map), Jongno is better located for sightseeing and can be reached directly from Incheon Airport on limousine buses or city bus.

The main gate of the palace, Gwanghwamun (map), and its plaza are the center of Seoul. Changdeokgung, one of the UNESCO World Heritage Sties, was the most favored palace of many Joseon Royal Family. It also has the beautiful garden named Secret Garden (Also was called ‘Forbidden Garden’, map).

There are several traditional spots in Seoul besides palaces. *Jongmyo Shrine (map) is where the royal family of Joseon Dynasty is enshrined, and Jongmyo Jerye ceremony is held every year. Jogyesa Temple (map) and Bongeunsa Temple (map) are notable Buddhist temples for experiencing the Korean Buddhism.

National Museum of Korea (국립중앙박물관, map) Houses the best of the best collection of artifacts and relics from across Korea throughout different periods and dynasty. Also has some West Asian pieces from the Japanese Governor-General of Korea.

Bukchon Hanok Village (map) This area was where relatives of the royal family, high public officials, and other important families lived for over 500 years as they serviced the nearby palaces. Today, some 900 of their traditional Korean “hanok” houses remain, making this area one of Seoul’s most picturesque centres for arts, culture, food and fashion.

Namdaemun Market (map). The largest traditional street market in Korea. This market is in the center of Seoul and is a famous shopping place for tourists. Clothing for children and accessories are the most-commonly sold goods in this market, but there’s lots of food as well and many outdoor eating options, especially in the evening. There is also a huge digital camera market in this area.

Yongsan Electronics Market (map) Yongsan is one option in Seoul if you are looking for electronics goods.

Much of Korean social life revolves around food and the city is packed with restaurants, so you would have to be determined to starve to death in Seoul. This fate may still befall you if you insist on English menus and meals consisting only of easily identifiable, familiar ingredients. Seoul has plenty of budget places to eat. Everything from convenience store junk food and noodles to street stall food and lots of 24 hr Korean fast food restaurants.

Itaewon (map) is Seoul’s international district, with a wide variety of Western-styled venues to eat, drink and be merry. Since many foreigners congregate there, Itaewon remains somewhat of a niche nightlife area for Koreans interested in a more international scene. A number of notable bars and clubs spot the area, both on the main street and in the nearby alleys. Long notorious for being somewhat seedy, with prostitutes plying their trade and alleged (gasp!) drug dealings, Itaewon has become cleaner and more gentrified.

Subway – If planning on using the Metro extensively or staying for more than a couple of days, you should consider purchasing a T-money stored value contactless smart card. Typically for most travellers staying less than a week in Seoul, purchasing this card may not be cheaper, but other factors should be considered: it can also be used for taxi fares, buses, storage lockers, pay phones, etc. The T-money card is far more convenient than buying per trip ticket.

Google Maps does not give driving or walking directions in South Korea. The most common software used by locals are Naver Map and KakaoMap.

The A’REX train link connects the airport to Seoul Station (for further connections to KTX high-speed services) and Gimpo Airport (most domestic flights).