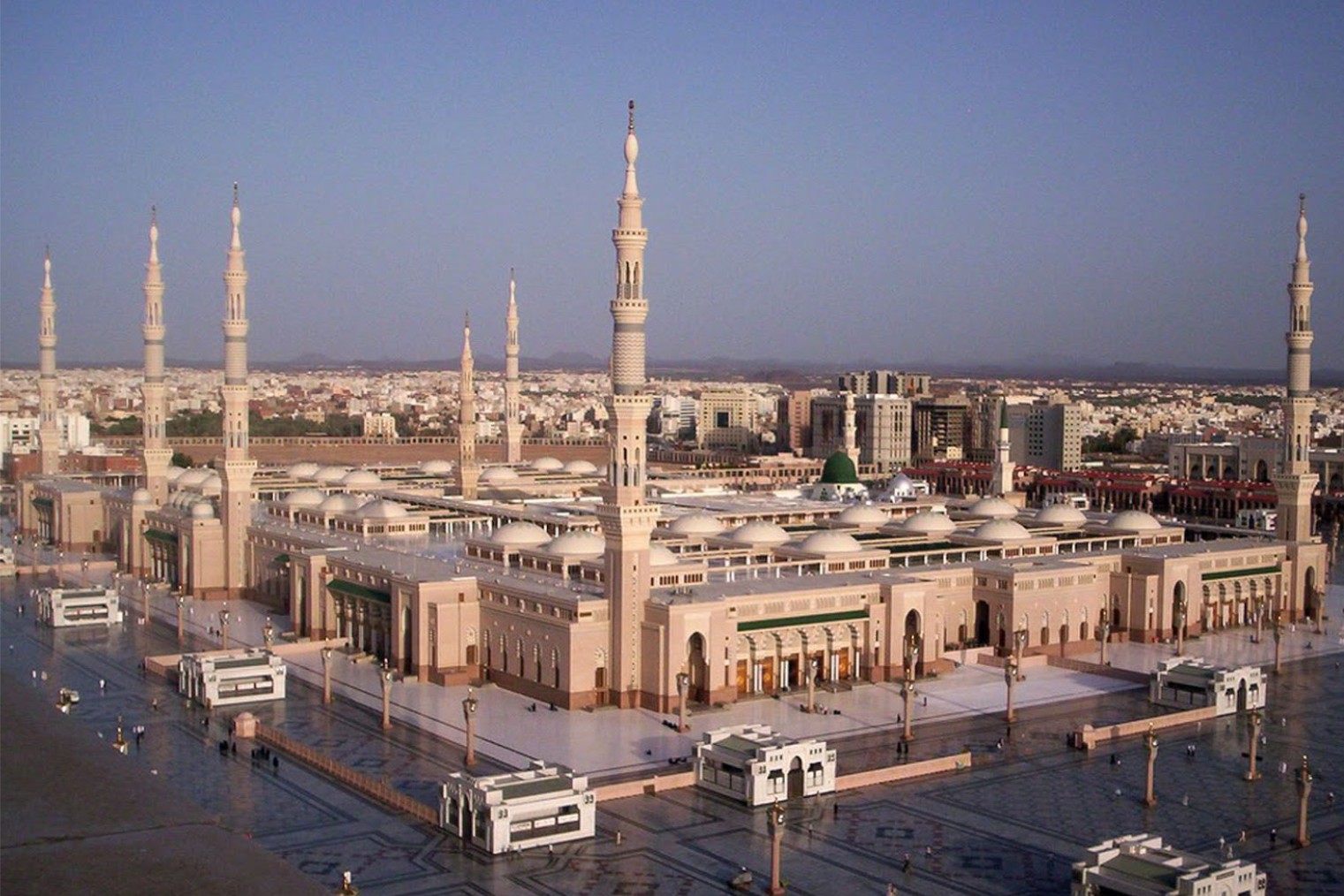 Kingdom of Saudi Arabia (map) is a country in Western Asia constituting the bulk of the Arabian Peninsula. Most of its terrain consists of arid desert, lowland and mountains. The territory that now constitutes Saudi Arabia was the site of several ancient cultures and civilizations. The prehistory of Saudi Arabia shows some of the earliest traces of human activity in the world.

Saudi Arabia is sometimes called “the Land of the Two Holy Mosques” in reference to *Al-Masjid al-Haram (in Mecca) and *Al-Masjid an-Nabawi (in Medina), the two holiest places in Islam. The top places to visit in Saudi Arabia are *Mecca (Makkah), *Medina, *Mada’in Salih, *Yanbu, *Tabuk, *Jeddah and *Riyadh.

Visa • Travel to & around Saudi • Destinations

The area around Makkah and Madinah is off-limits to non-Muslims; conversely, those on Hajj visas are prohibited from leaving the area (and transit points like Jeddah). The exclusion zone is well signposted. Some remote areas, notably around the Iraqi and Yemeni borders, are restricted military zones. You’re exceedingly unlikely to stumble into them by accident.

Saudi Arabia tourism: So what is there to see? | www.bbc.com