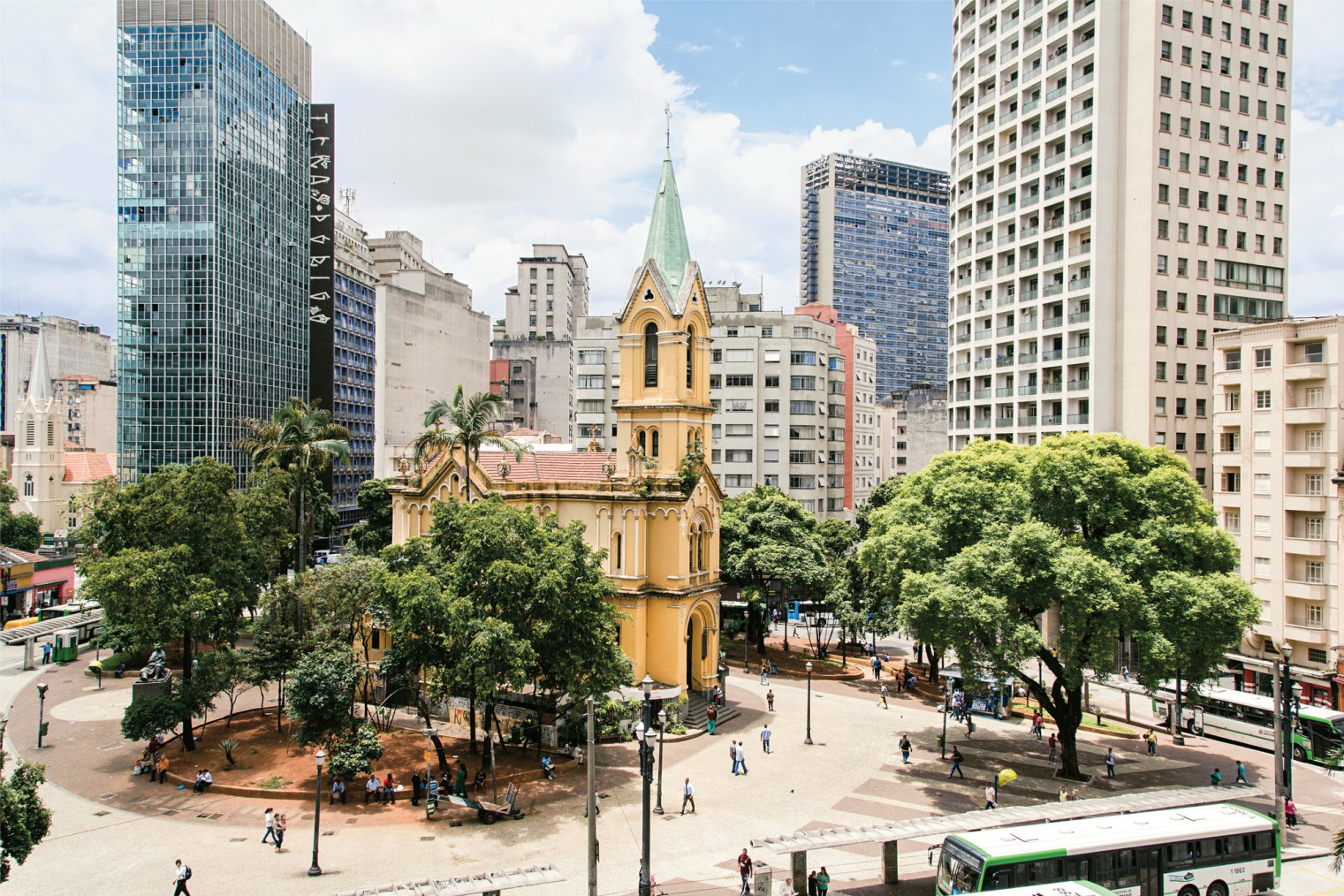 São Paulo (map) is the largest Portuguese-speaking city in the world and the most populous city in Brazil, the Americas, the Western Hemisphere and the Southern Hemisphere.

In 2016, inhabitants of the city were native to over 200 different countries. São Paulo is a cosmopolitan, melting pot city, home to the largest Arab, Italian, Japanese, and Portuguese diasporas, with examples including ethnic neighborhoods of Mercado (map), Bixiga (map), and Liberdade (map) respectively. São Paulo is home to the largest Japanese population outside Japan.

São Paulo is the most visited city of Brazil, but mostly because of business and event tourism, with many of the visitors not taking much effort to explore the city. Those who do so may, however, discover one of the most complex and fascinating cities of the world, where even nearby areas may look and feel like a different city.

Although the first impression might be that of a grey concrete jungle, soon it becomes apparent that the city has a great number of pockets of beauty, and fantastic places (and not always expensive) to dine, drink and hang out.

!  Visitors should avoid walking in deserted areas at night, or at least avoid walking alone. Buses are reasonably safe, but waiting alone at a bus stop at night is not. The metro is always safe, but commuter trains that go to peripheral areas can be dangerous late at night. Avoid using expensive clothes and jewelry that make you stand out.

*Downtown (map) The birthplace and administrative center of the city, containing most of the city’s historical heritage and showcasing the overwhelming variety of the city’s architecture. It is certainly intimidatingly run-down at many places, but has an unmatched variety of cultural attractions.

The Ema Gordon Klabin Cultural Foundation (map) opened to the public in March 2007. Its headquarters is a 1920s mansion. It houses 1545 works, including paintings by Marc Chagall, Pompeo Batoni, Pierre Gobert and Frans Post.

Same-sex civil unions have been legal in the whole country since May 5, 2011, while same-sex marriage in São Paulo was legalized on December 18, 2012. Since 1997, the city has hosted the annual São Paulo Gay Pride Parade, considered the biggest pride parade in the world by the Guinness Book of World Records with over 5 million participants, and typically rivalling the New York City Pride March for the record.

São Paulo is known for its rapidly changing weather. Locals say that all four seasons can be experienced in one day, similar to Melbourne, Australia.

CityMapper – Sao Paulo | The ultimate transport app and technology for mobility in cities.

BUS >    Tietê Bus Terminal, map. Buses are the most popular way to get around the city. Even though drivers really step on it through the bumpy streets of São Paulo, buses are not the fastest way to get around.

Green Toad Bus – knows that booking local transport and activities around South America can be challenging and confusing at times. We make it easy, safe, cheap & fun with our carefully designed Bus Travel Passes! Busca Ônibus | Bus Stations is a useful resource for finding bus schedules.

AIRPORTS >   Most all airports with regular passenger traffic are operated by the federal – Infraero. They have a very convenient website, with an English version. By far, the largest international airport in Brazil is São Paulo-Guarulhos International Airport + São Paulo–Congonhas Airport.